How an Inertial Navigation System Operates

Many methods of navigation, including piloting, radio navigation and celestial navigation, rely on external objects or sources of information such as landmarks, celestial objects, satellites or transmitters. Inertial navigation is a self-referential method by which a system may track its own position, orientation and velocity (once given initial values for these parameters) without the need for such external references. 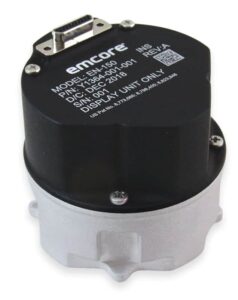 If the acceleration of an object is known, it is possible to use mathematical integration to calculate the velocity. Thus, accelerometers are required in an inertial navigation system, or INS.

The direction in which the system’s accelerometers are pointing also needs to be known. This can be kept track of using gyroscopes, which measure the rotational motion of the INS.

A typical inertial measurement unit, or IMU, thus usually incorporates three accelerometers, mounted orthogonally to each other, and three gyroscopes, also mounted orthogonally. More complex IMUs may contain more than three of each sensor. A navigation computer then processes the signals given out by the system’s sensors to continuously calculate the position, orientation and velocity of the system.

Due to their self-reliance, inertial navigation systems are extremely well-suited to the field of unmanned systems, widely used on Unmanned Aerial Vehicles (UAV, UAS), surface vessels and Remotely Operated Underwater Vehicles (ROVs). INS can be utilised in harsh environments, are not susceptible to jamming, and emit no significantly detectable radiation.

Small errors in the measured acceleration can, over time, be compounded into larger errors in the system-calculated velocity and position. To provide the system with greater accuracy, the INS on a UAV may be combined with another source of information such as a GPS, or, under conditions where GPS navigation may be unreliable or unavailable, a computer vision processing unit. The ability of the IMU to measure rapid changes in linear acceleration and angular velocity is thus combined with the extra information from the second system to form a more accurate estimation of the UAV’s navigational parameters.

A navigation system that hybridises inertial navigation with GPS or computer vision will use an algorithm that fuses together the multiple sources of information. One of the most common algorithms is the Kalman filter. The Kalman filter continuously tracks and updates estimates of the UAV’s position, using the computed errors to improve future estimates. If one of the alternative sources of information is computed to be more accurate than the INS, it can be used to help correct the overall UAV position estimate.

UAVs, surface vessels and ROVs incorporating INS are utilised in a wide range of applications including defense and security, aerial mapping and survey, and search and rescue.