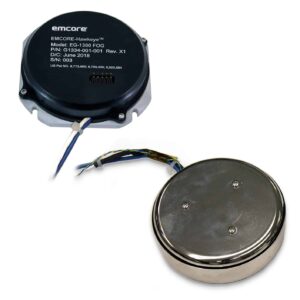 Fiber optic gyroscopes (FOG) measure the angular rate of an object, using a laser source that projects two light beams in opposite directions down the same length of coiled optical fiber. Under rotation, one beam will travel a further distance than the other, and when the two beams meet again this will give rise to an interference pattern, which can be used to calculate the rate of rotation.

The sensitivity and performance of a fiber optic gyro will typically depend on the diameter of the coil and the number of turns. FOGs are less expensive than ring laser gyroscopes (RLGs), but are usually more costly and provide higher performance than MEMS (micro-electromechanical system) gyros. As they contain no moving parts, they are also much less sensitive to shock and vibration than MEMS gyros. 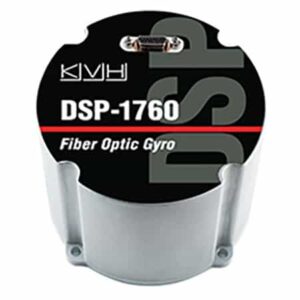 FOG and IMUs for Unmanned Navigation

FOGs may be combined with accelerometers and gyroscopes to form an inertial measurement unit (IMU). Gyroscope angular rate measurements can be used to calculate the attitude (yaw, pitch and roll) of UAVs (unmanned aerial vehicles), USVs (unmanned surface vessels) and other robotic platforms.

Fiber optic gyros may also be used for high-precision pointing and stabilization of antennas, gimbals and other drone subsystems, and can also provide information for inertial navigation systems (INS).