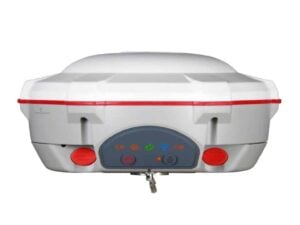 RTK (real-time kinematic) positioning enhances the precision of positioning data provided by GNSS satellite constellations such as GPS, GLONASS, Galileo and BeiDou. It helps correct errors that are introduced into positioning derived from regular GNSS signals. These errors arise from sources such as satellite clock drift, orbit variation, ionospheric and tropospheric delay, and multipath propagation.

RTK achieves increased accuracy by making additional measurements of the carrier wave of the GNSS signal. It then uses sophisticated statistical and mathematical calculations to eliminate the majority of errors and provide a much closer value for the true distance between the satellite and receiver, and hence the position of the receiver. 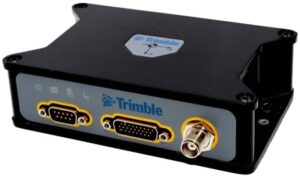 RTK Base Station by Trimble Applanix

These position corrections are broadcast by a base station, and picked up by moving rovers. Rovers may include drones, unmanned ground vehicles (UGVs), unmanned surface vessels (USVs) and other robotic platforms.

Multiple rovers can connect to a single base station, using that station’s data to improve the precision of their GNSS receivers in real time from several metres down to centimetre-level.

RTK can be made more accurate and reliable by using a Continuously Operating Reference Station (CORS) network of RTK base stations. The use of multiple stations provides redundancy capabilities as well as guarding against errors that may occur in one of the stations. Use of network RTK also extends the usable range, as a single base station typically broadcasts corrections over UHF radio, thus limiting the distance that a rover can travel from that single station and still acquire correction data.

RTK drones are commonly used for mapping and surveying, as the technology allows for real-time improvement in accuracy for geotagging of images as they are captured. The use of RTK also reduces the need for ground control points (GCPs). The installing and measurement of position of GCPs can be one of the most time-consuming parts of aerial mapping and surveying.

RTK is also used for a variety of other unmanned systems applications, such as autonomous tractors and land vehicles for precision agriculture, and autonomous driving and parking systems.