Unmanned vehicles such as UAVs (unmanned aerial vehicles), drones, UGVs (unmanned ground vehicles) and ROVs (remotely operated vehicles) may use a wide variety of cameras to capture different kinds of imagery, such as photos, thermal images, multispectral images for applications such as precision agriculture, and infrared for heat signature detection. 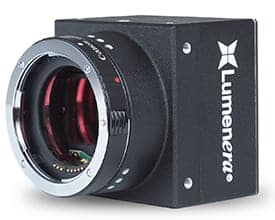 The imaging payload on an unmanned vehicle may be connected to a control computer that triggers the camera, stores images, records metadata such as camera settings and GPS position, and prepares the image data for transmission. Cameras may also be triggered remotely from the unmanned vehicle’s Ground Control Station (GCS). 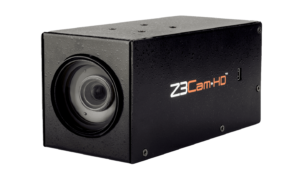 In addition to drone aerial photography, optical imaging can be used for orthophotography to create extremely detailed and accurate maps. Large quantities of images are taken during a drone flight, the scale is kept constant and the images are referenced to ground control points. Post-flight, the images are processed by photogrammetry software and the output is a high-resolution map on which very accurate measurements can be made.

What are thermal UAV cameras used for? 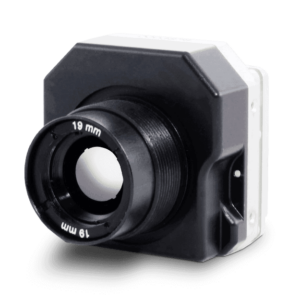 Thermal cameras, which convert differences in thermal energy given off by objects and their surroundings into visual images, can be used for a wide variety of aerial applications including building diagnostics, security and rescue, surveillance, firefighting and wildlife conservation. Specialised thermal cameras are available that are compatible with many commercial unmanned aircraft systems.

How multispectral cameras for UAVs are changing agriculture

Multispectral cameras capture images in a variety of wavelengths, including Green, Red, Red-Edge and Near Infrared, to build up data on crops and vegetation. This precision agriculture data can be used by farmers to identify crop health problems such as pests or nutrient deficiencies, and optimize the use of irrigation and pesticides.

The size and weight of a camera may constrain the choice of an unmanned system, and in the case of unmanned aircraft, the height and duration of flights. Other relevant parameters that need to be considered include the pixel pitch of the camera’s sensor, the size of the aperture, and the focal length.