Electro-optical, or EO, systems are systems that utilise a combination of electronics and optics to generate, detect, and/or measure radiation in the optical spectrum. This portion of the electromagnetic spectrum, with wavelengths from approximately 0.01 to 1000 micrometres, includes infrared radiation, visible light and ultra-violet radiation. 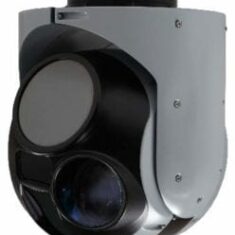 Lasers are commonly used as part of EO systems and can emit radiation from the entire scope of the optical spectrum. In military applications they can be used as a targeting tool for missiles and other projectiles, with the emitted radiation being scattered by the target. This scattered radiation is detected by the projectile as it enters the general vicinity of the target, and can be used to give the projectile a more accurate fix on the target’s precise location. Laser designators can be handheld or mounted on vehicles or aircraft including unmanned systems.

Another application of EO systems is in imaging. Electro-optical imaging systems use EO radiation emitted or reflected by a target to produce a useful output image. Two common examples of such systems are thermal imagers and night-vision, or image intensification, systems. 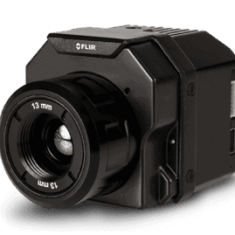 Thermal imaging relies on the principle that all objects emit some amount of infrared radiation, which increases in proportion to the temperature of the object. Thermal imaging systems thus incorporate an infrared radiation detector and convert the information from collected radiation into a format visible to the human eye. Passive systems are used where the target is likely to have a higher temperature than its surroundings, whereas an active system incorporating its own energy source may be needed if a thermal contrast is required to distinguish a target that would normally be in equilibrium with its surroundings.

Night vision devices that work on the principle of image intensification collect any available light and convert the photons to electrons. The electron stream is then increased and converted back into a proportionally larger number of photons, thus providing an intensified image.

Electro-optical systems can be incorporated into unmanned vehicles to provide a wide range of functions, including target acquisition, rangefinding, imaging and surveillance.