Alpha Security and Defense is a division of Alpha Unmanned Systems, (AUS). Founded in 2014, AUS is an independent privately held company based in Madrid, Spain.

Our Alpha 800 tactical drone is ideal for a wide range of military, security and defense applications and is already in use in Asia, the Middle East and Europe for border control and surveillance.

The Alpha 800 is a tactical unmanned aerial vehicle designed for detection, identification and classification of both conventional and non-conventional targets. Classified by NATO as a Class 1 mini UAV, it features a comprehensive range of payloads and can be flown both autonomously or in manual mode. The flexible and easily manoeuvrable system can be unpacked, pre-flight checked and launched by two trained operators in under seven minutes.

The Alpha 800’s gasoline-powered engine gives the aircraft, which has a mean takeoff weight of 14kg including 3kg of payloads, an endurance of up to 3 hours. This flight performance gives the Alpha 800 an advantage over electric drones in the same weight class, allowing it to fly further and undertake more complex missions. The helicopter drone also features a 10,000 ft service ceiling.

The alternator and intelligent power management system provide energy on demand, concurrently charging the triple-redundant back-up battery system that allows safe landing even in the event of a generator failure.

The Alpha 800 features a fully autonomous autorotation capability, allowing the UAV to be safely landed in case of engine or tail rotor failure. This manoeuvre is incredibly challenging for even trained pilots to perform manually, and the Alpha 800, powered by a VECTOR autopilot, is the first aircraft of its kind to feature this autonomous capability.

The Alpha 800 integrates advanced GPS-denied navigation technology that allows the system to retain navigation and remote control capabilities in the event of UAV jamming attacks.

Providing accuracy that exceeds that of standard GNSS-aided INS systems, the Alpha 800 uses its high-end VECTOR autopilot and integrated ADS (air data system) to calculate estimated wind and ground speeds. This provides sufficiently precise UAV position estimation to allow the aircraft to fly out of jamming range or return to a home position.

The Alpha 800 is ideal for a wide range of tactical and army UAV applications, including: 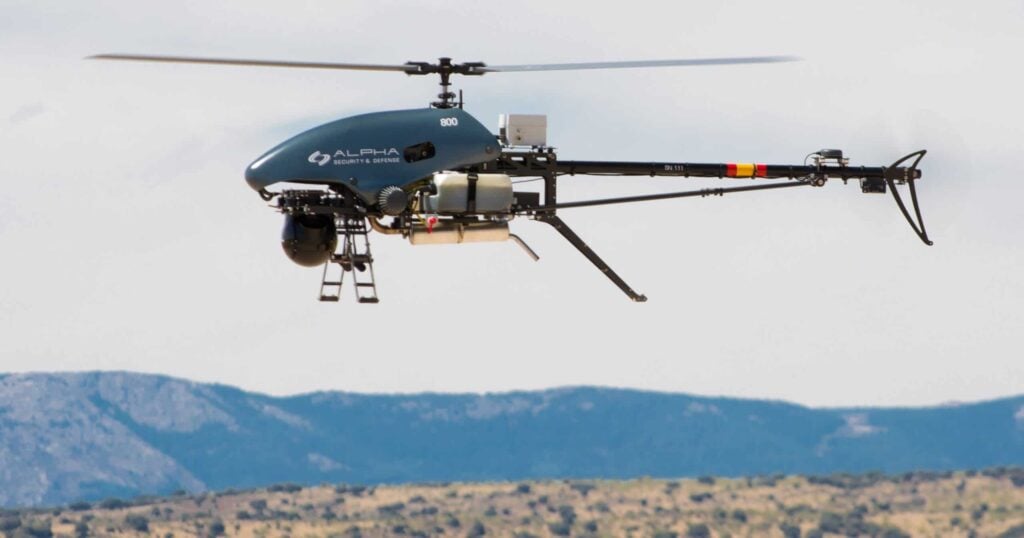 A variety of integrated payloads can be fielded on the Alpha 800 platform, such as: 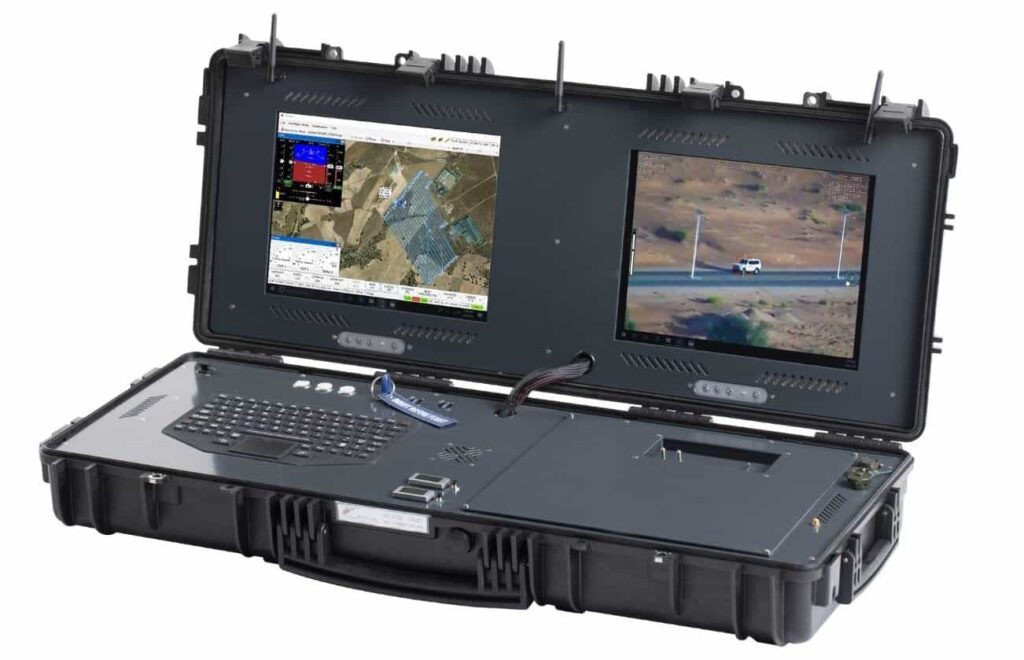 The G-Case Duo is a rugged, flexible Ground Control Station (GCS) for use with the Alpha 800 or a wide variety of other small military drones as well as USVs (unmanned surface vehicles) and UGVs (unmanned ground vehicles).

Featuring dual sun-readable industrial 15″ high-resolution screens, the G-Case Duo allows two operators to control the unmanned platform and payloads. Multi-channel operation allows for up to four vehicles to be controlled at once.

Helicopter Drones with GCS and Antennas

Training on the Alpha Complete Unmanned Aerial System can be provided either at our facilities in Madrid or at the customer’s desired location. Our training program includes both theory and practical material, covering mission planning, UAV operation and maintenance, and can be adapted for specific mission requirements around the world. 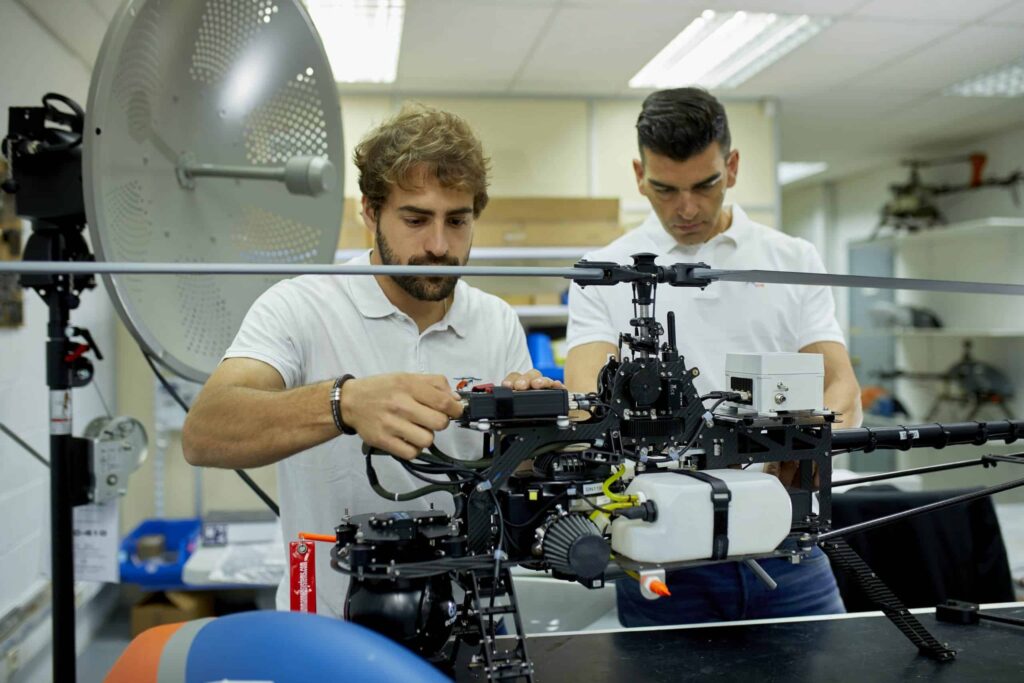 Alpha’s highly skilled engineers are well accustomed to running product evaluations quickly and efficiently. The Alpha engineering team can assist clients in assessing the latest technologies and in their integration.