Performance Drone Works (PDW) is a leading developer of high-performance autonomous drones for mission-critical civilian and military applications. Designed to excel under even the most demanding of conditions, our FPV (first person view) and foldable drone platforms provide enhanced efficiency and reduced risk for operators working in highly challenging environments. 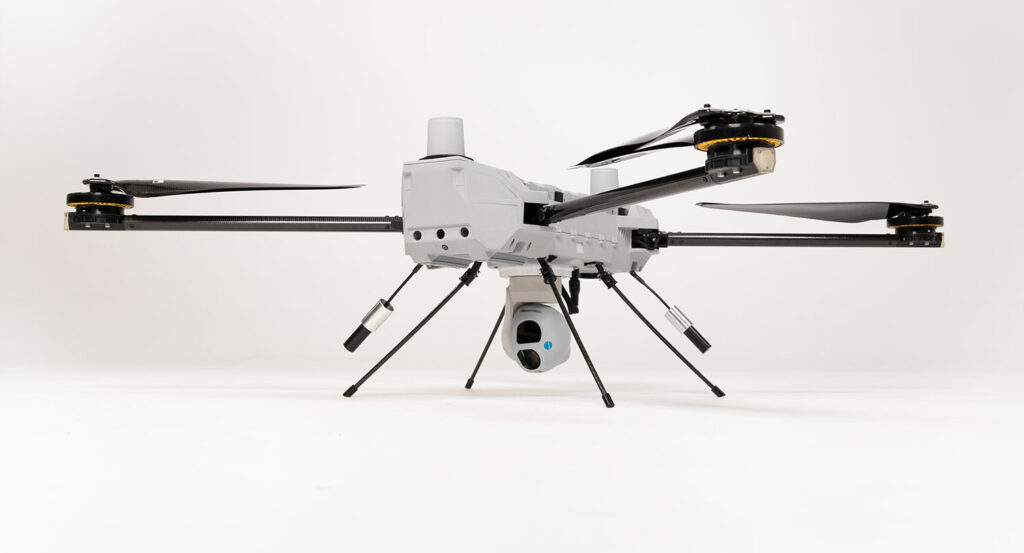 The C100 is a man-packable heavy-lift quadcopter platform that holds the world record for the longest-endurance battery-powered sUAS. Capable of 80 minutes of flight with payload, the low-SWaP (size, weight and power) autonomous UAV folds into a small rucksack and can be deployed and airborne in under 2 minutes.

The versatile heavy payload drone carries up to 30 lbs and can be equipped with a variety of hot-swappable payloads, including Trillium’s military-grade EO/IR gimbals. The aircraft also features an independent fixed flight camera for first-person view, enhancing operator navigation.

The C100 is built around a modular open architecture, allowing new hardware and powertrain modifications to be seamlessly integrated. The system incorporates DIU Blue-UAS approved flight avionics, as well as an AES-256 encrypted datalink for reliable and secure communication. 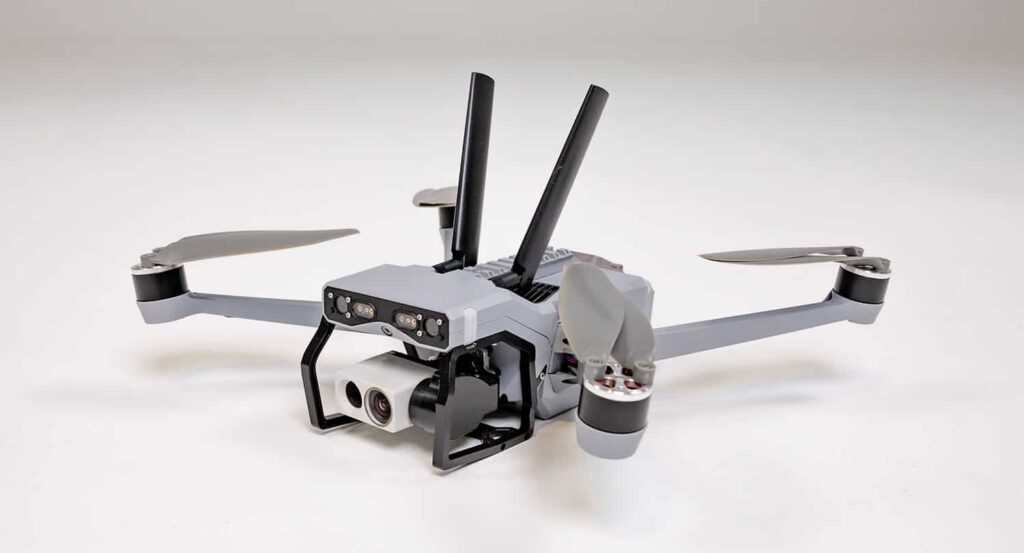 The S20 is a small tactical foldable drone with a state-of-the-art visual autonomy system that allows it to operate in zero-light conditions and GNSS-denied environments for stealth-based ISR and reconnaissance missions. The low-profile quadcopter platform can be stored and carried in a convenient wearable pouch, and arms and propellers can be quickly and easily replaced in the field.

The UAV can carry up to 750 grams of payload, and is equipped as standard with a high-end FLIR EO/IR gimbal payload with edge AI compatibility. The modular open architecture allows existing and future hardware and technologies to be easily integrated into the system. 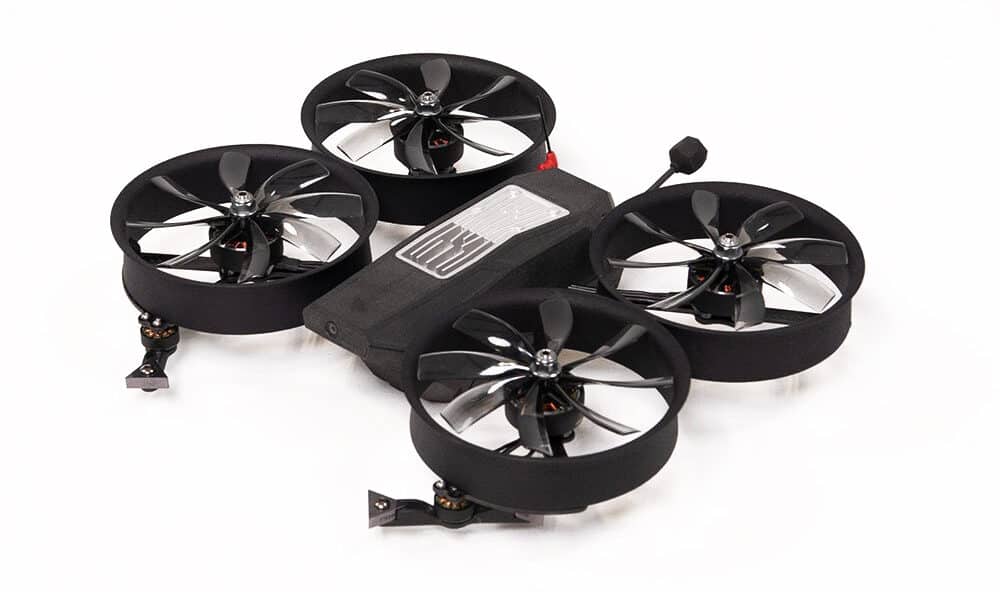 The N1 is a miniature first person view drone designed for navigating indoor and cluttered environments. With the ability to bounce off walls and right itself if flipped upside-down, the durable drone is designed with 3D-printable components that can be easily replaced in the field.

The drone can be equipped with a kinetic capability that enables it to shatter and breach closed windows, and incorporates a first-person view camera that allows operators to easily navigate enclosed spaces and locate targets. 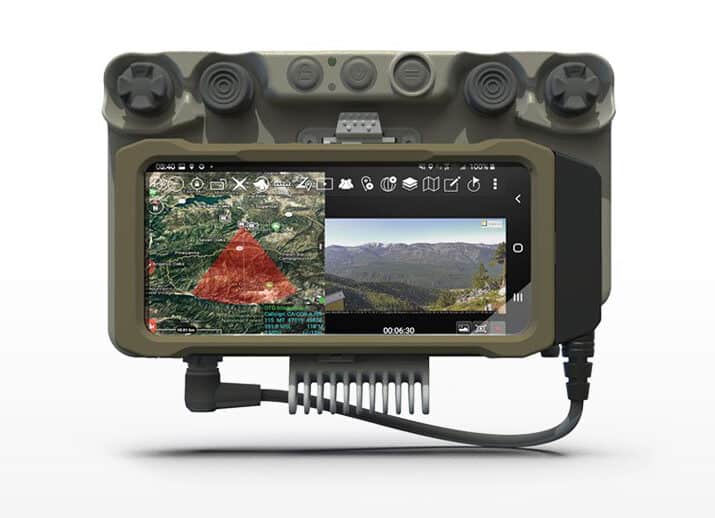 CTRL is a lightweight and compact chest-mountable ground controller for drones and robotic platforms. The system is ATAK (Android Team Awareness Kit)-ready and supports multiple devices of any size.

It can be connected to Nett Warrior systems as a host in conjunction with an ATAK device, or as an external node.

The low-SWaP system has been designed with ergonomics and maneuverability in mind, and can be operated even while wearing heavy gloves. With a flexible design, it can be configured in a variety of ways to suit specific use cases.

is a tactical wireless radio link for C2 (command and control) of small drones and robotic vehicles, providing robust communications even in highly contested environments. 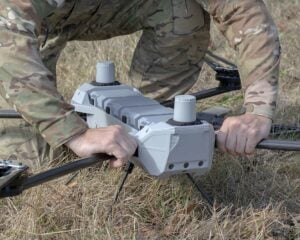 ISR & Recon
With long endurance and the ability to operate day or night under the harshest of weather conditions, our autonomous UAVs are ideal for tactical ISR (intelligence, surveillance and reconnaissance) missions.

Cargo Delivery
Able to carry up to 30 lbs of payload, PDW’s rugged drone platforms can transport vital cargo to hazardous and hard-to-reach places when time is of the essence. 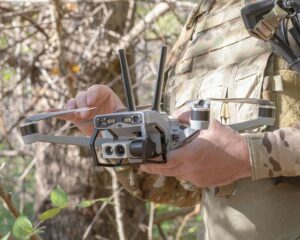 Law Enforcement
Our versatile drones can be used by law enforcement, SWAT and first responders for a variety of missions, providing critical surveillance, recon and situational awareness for more effective decision-making.