What is Drone Surveying?

Drone surveying uses unmanned aerial vehicles UAVs or drones to perform aerial surveys for a wide variety of applications, such as roof, bridge, power line, building and other infrastructure or utilities inspection.

Survey grade UAVs offer a number of benefits to commercial and professional users. They provide significant cost savings, as there is no need for scaffolding and rigging, or to hire an expensive helicopter or manned aircraft. Quicker and more efficient, a survey drone can rapidly cover a wide area and provide real-time or short lead-time imagery for faster decision-making, with no need to shut down or disrupt a work site. They also greatly reduce risk with no requirement for human operators to make risky climbs or access hard-to-reach areas. 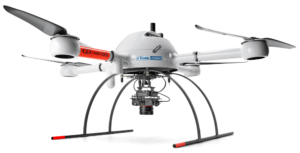 Survey drones may be fixed-wing, single-rotor (helicopter) or multirotor, with each platform having its own advantages and disadvantages.

Multirotor systems are able to hover in place, providing greater manoeuvrability, and have VTOL (Vertical Takeoff and Landing) capabilities. They are usually limited to battery power, which means that they have short flight times and ranges, although it is possible to equip some systems with hydrogen fuel cells that boost endurance.

Helicopter UAVs share the hovering and VTOL advantages of multirotor drones and are typically powered by combustion engines, giving them longer flight times. They are however more complex systems that require more maintenance. 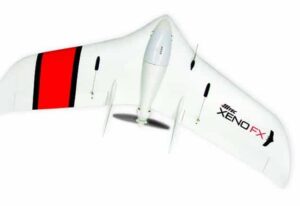 Fixed-wing drones usually have a longer flight endurance than multirotor systems, and so can perform larger surveys in a single flight and carry heavier payloads. However, they require a runway in order to take off and land, and may also need specialised launching equipment.

Topographical surveys make highly precise measurements of both natural and manmade features within a given area, including water features, vegetation, buildings and asset stockpiles. A survey drone may use LiDAR or photogrammetry payloads to take these measurements, which are converted by processing software into highly accurate orthophotos, contour maps, 3D models and other outputs.

Drone topographical surveys may be used to plan new construction, correctly place new infrastructure and utilities, and calculate the volumes of stockpiles. They may also be used to aid urban planning and disaster management planning – for instance, a drone survey-derived digital terrain model could be used to simulate flooding or fires.

UAVs can be used in precision agriculture to capture data in order to analyse soil, monitor crop health and irrigation, check for the presence of pests, and many other applications. Specialised RGB, NDVI (Normalized Difference Vegetation Index) and NIR (Near Infrared) sensors can be attached to a UAV to produce maps that aid farmers in crop management and decision-making. 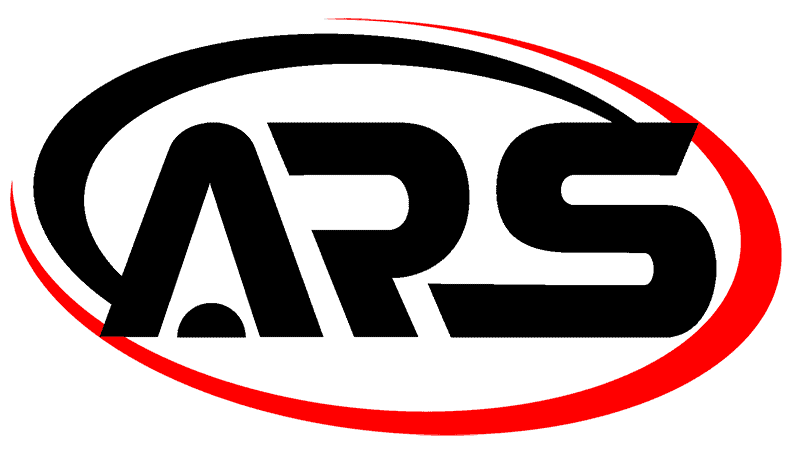