SwissDrones is a leading developer and manufacturer of VTOL UAV helicopters that provide superior endurance for long-range inspections, surveillance, and search & rescue missions.

The SDO 50 V2 is a state-of-the-art unmanned helicopter with a flight endurance of over 3 hours and the ability to operate day or night in adverse weather conditions, such as rain, snow and wind speeds of up to 21 knots. 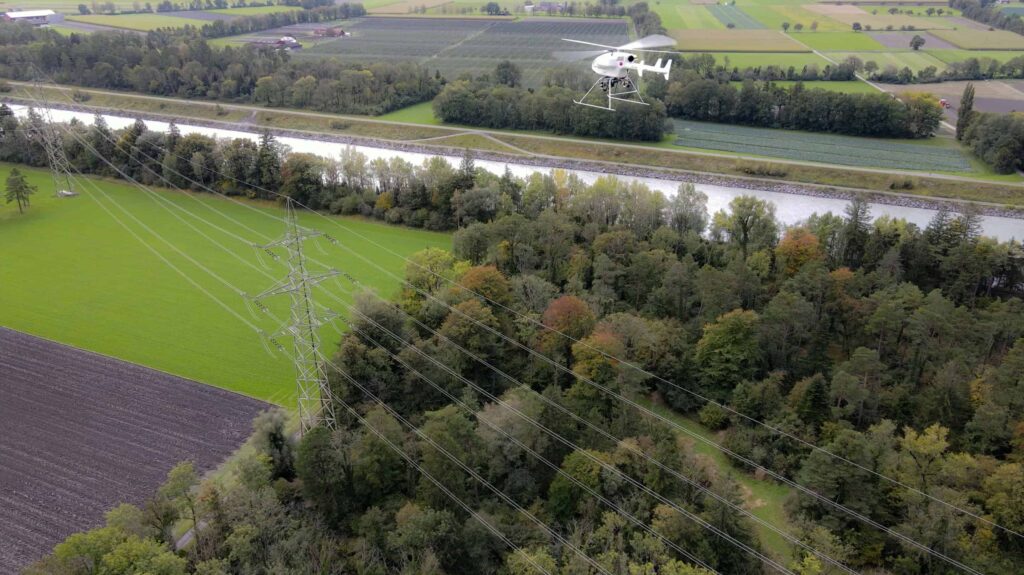 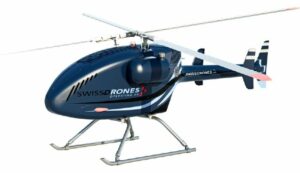 The VTOL (vertical take-off and landing) system is highly cost-effective compared to manned aerial solutions, and requires less training to operate confidently. The rapidly deployable aircraft is transportable by van and can be prepared for flight by a team of two in just 15 minutes.

The SDO 50 V2 UAV is equipped with an advanced autopilot and high-performance GPS receiver and magnetometer, with optional redundant systems. The aircraft’s datalink consists of a primary S-band link and a secondary UHF-band link, with additional LTE/4G capabilities available upon request. 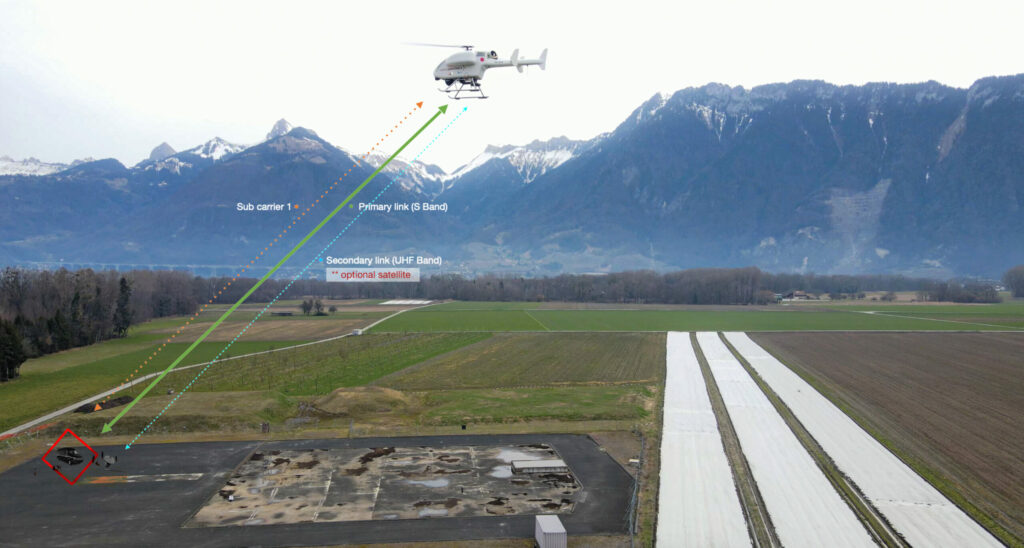 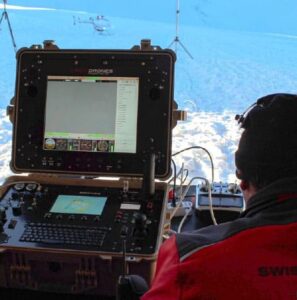 The standard data link range of 40 km of the SDO 50 V2 can be further extended upon demand for longer-range missions.

The helicopter UAV is controlled via a rugged portable GCS (ground control station), which features a built-in keyboard, monitor, and 3-axis joysticks.

With its superior carrying capacity, the SDO 50 V2 can carry multiple sensors and payloads for versatile long-range mission capabilities and large flight autonomy. We offer a range of leading sensor solutions as standard. 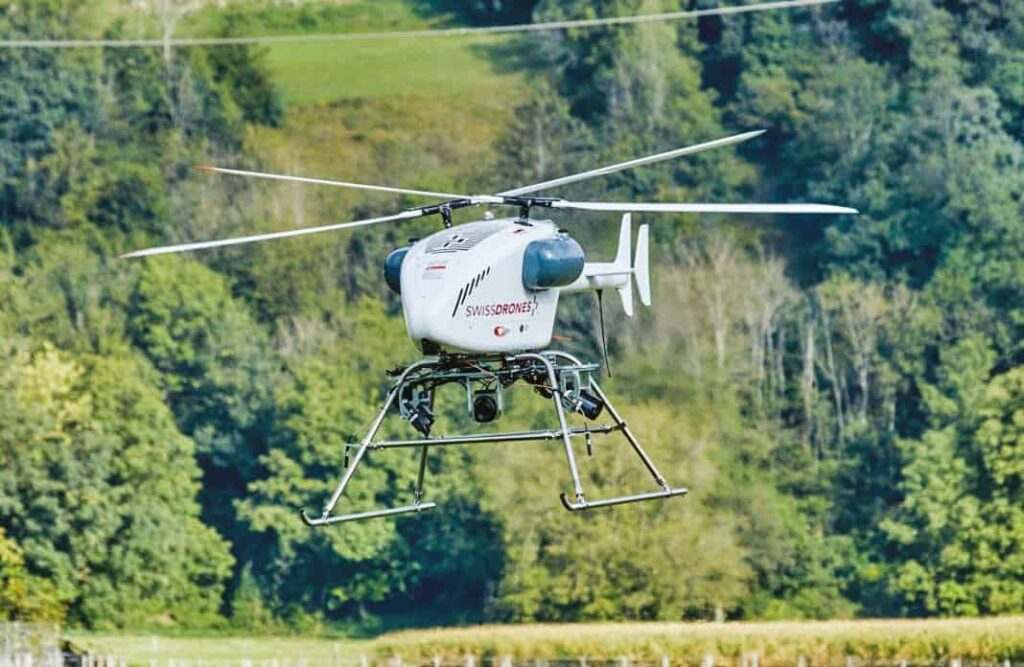 The SDO 50 V2 has been successfully tested at 11,500 ft AMSL (density altitude) at -10 degree Celsius and windy conditions. During the tests the aircraft has demonstrated its feasibility for flight missions in challenging environments.

Surveillance
With low-noise emissions and the ability to operate day or night even under adverse weather conditions, the SDO 50 V2 unmanned helicopter is an ideal surveillance platform for emergency response, border control, law enforcement and coastal patrolling. Learn more >

Search & Rescue UAV
The SDO 50 V2 can be used to support search and rescue missions in hazardous or inaccessible areas. The UAV can also be used to deliver emergency gear such as survival kits, medical supplies and life rafts. Learn more >

Inspection and Monitoring
The SDO 50 V2 is ideal for a wide range of UAV inspection and monitoring applications, with reliable and efficient aerial data gathering capabilities that can address customer-specific needs for critical infrastructure, environmental monitoring, oil and gas, wildlife monitoring and more.
Learn more >

Maritime Drone
Able to take off and land from a small footprint on the deck of a ship, the SDO 50 V2 is a crucial asset for marine and maritime operations. 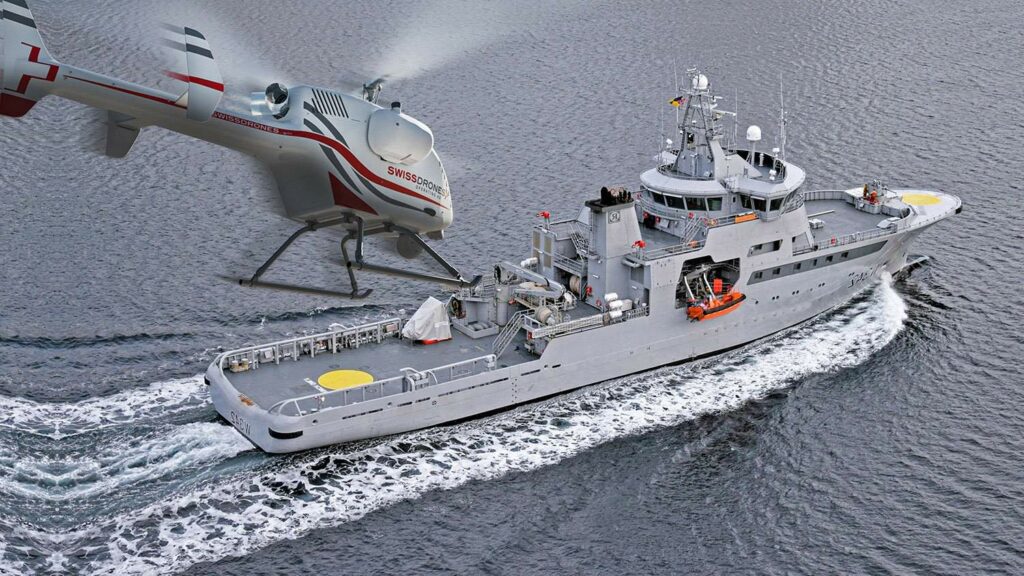