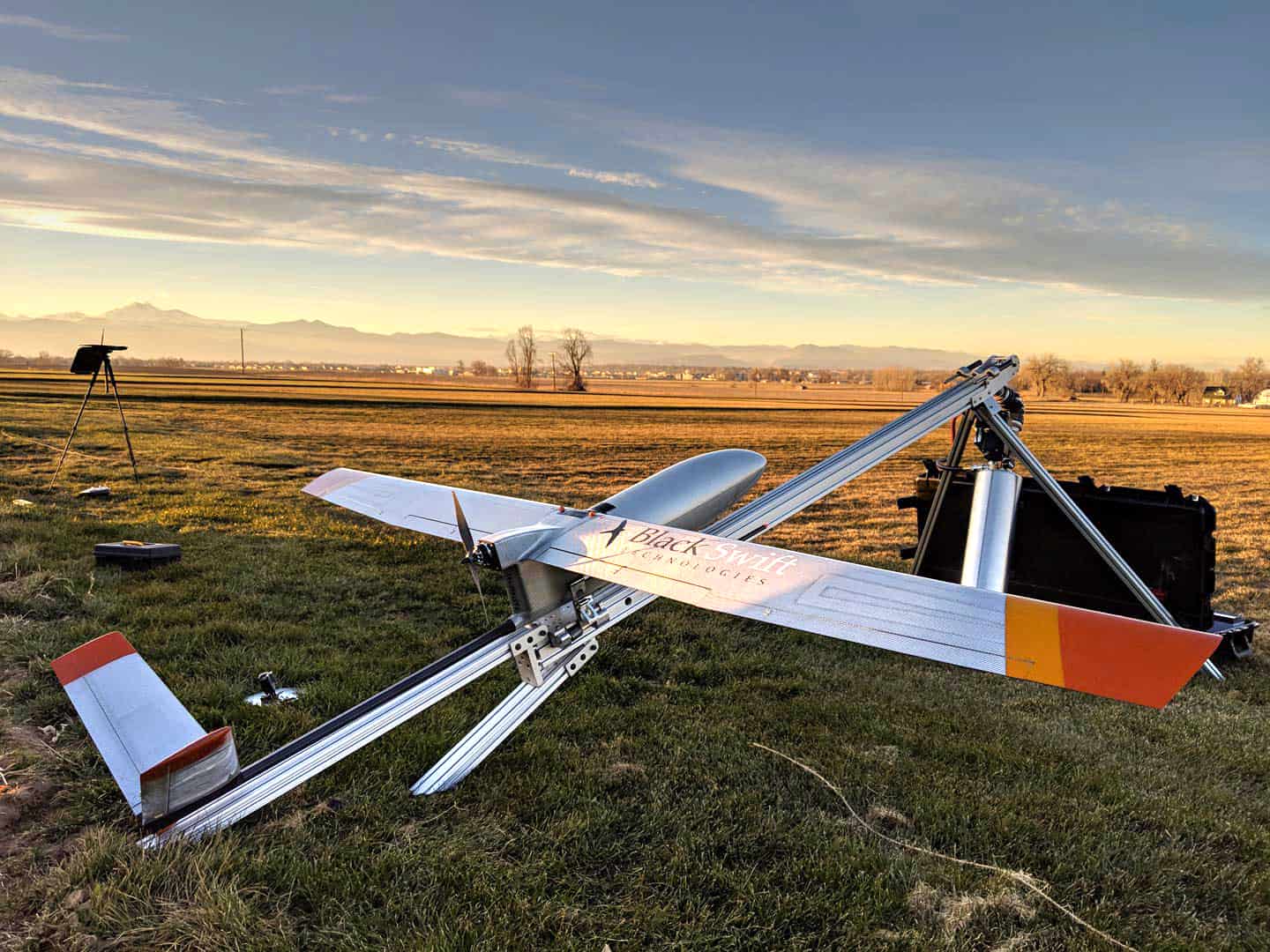 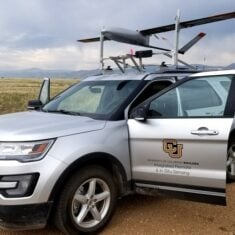 The Black Swift S2 is an advanced fixed-wing drone that has been custom-built for scientific research in demanding atmospheric conditions such as high altitudes, high levels of corrosive particulates, and strong turbulence. With a rugged airframe, high flight ceiling and extended endurance and range, the S2 is capable of autonomous launch, flight, and landing even in difficult mountainous regions.

The S2 features a convenient field-swappable payload system that encloses the sensor suite within the nose cone in front of the propeller, ensuring clean and uncontaminated measurements of the atmosphere. With a common power, data, and mechanical interface, different payloads can be rapidly swapped in the field without any specialized tools. Payloads can thus be field-calibrated separately from the aircraft, and different sensor suites can be rapidly deployed in successive missions using the same UAS, extending the versatility of the aircraft.

Black Swift Technologies has incorporated a variety of modular payload sensors for specialized applications onto the S2™, including:

Send Inquiry To receive further information or request a quote, complete your details and a representative from Black Swift Technologies will be in touch.
Send Inquiry / Request Quote