UAV Works is the developer of a unique and advanced convertible electric UAV (unmanned aerial vehicle) concept that combines the VTOL (vertical takeoff and landing) characteristics of multirotor drones with the high performance and efficiency of fixed-wing aircraft. 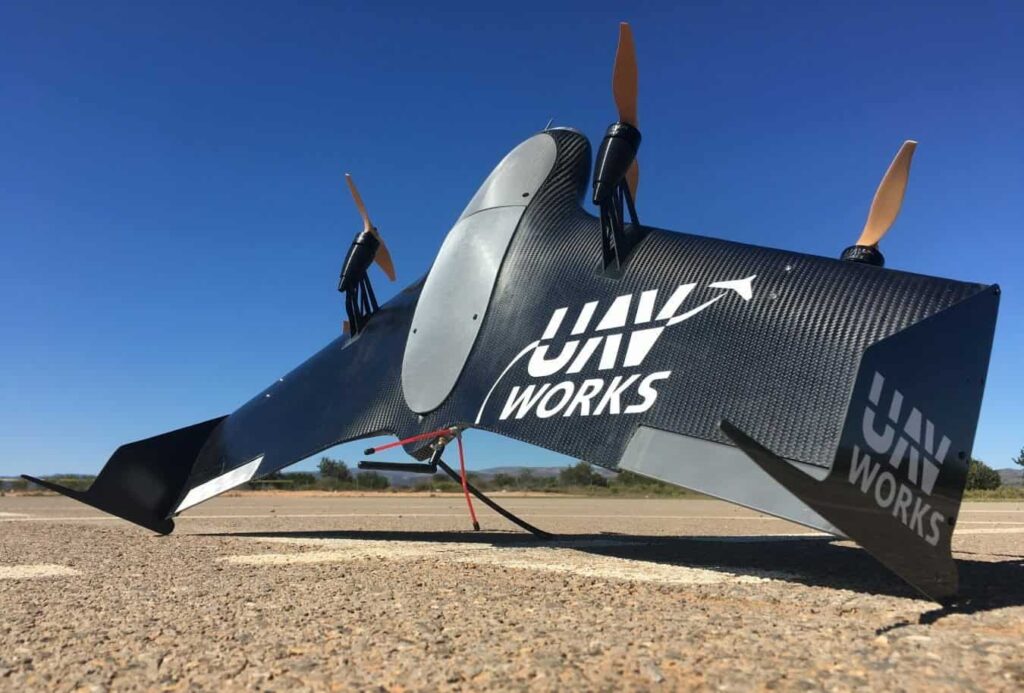 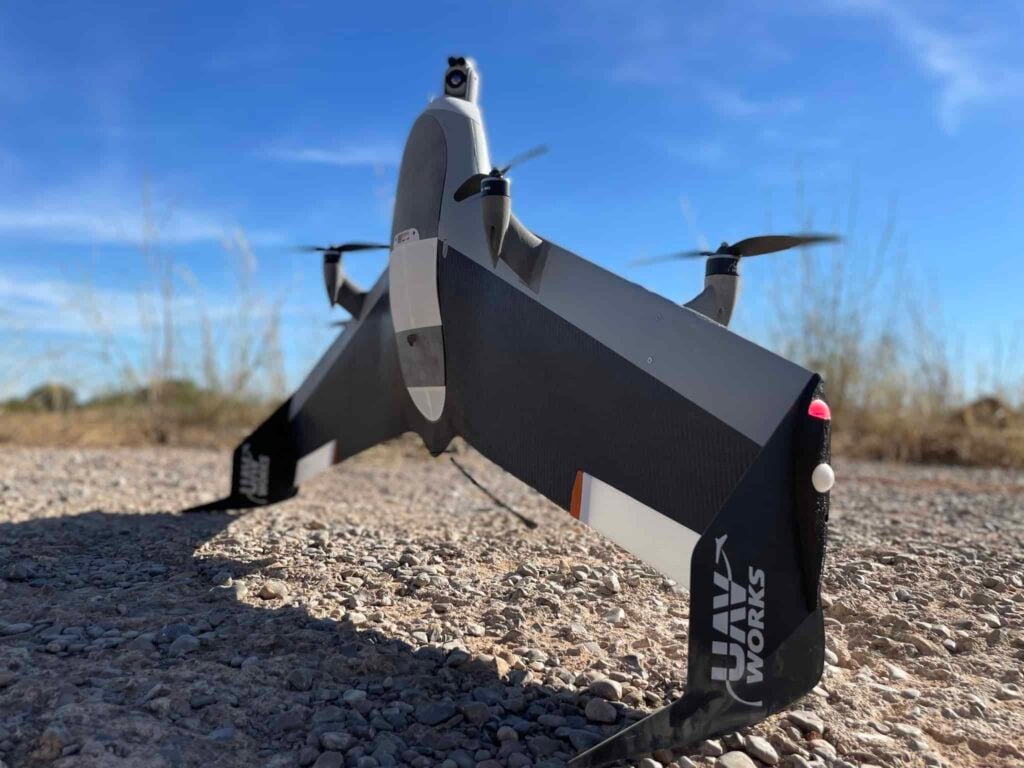 The VALAQ Patrol 120 is a long-range, fully autonomous electric VTOL UAV specially designed for surveillance, security and emergency response missions. The fully electric drone provides up to an hour of continuous flight with payload equipped, and features highly intuitive operation and mechanical simplicity. 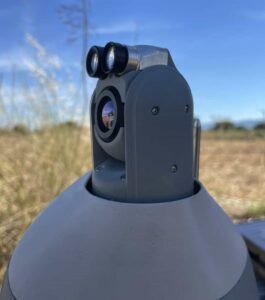 Equipped with a NextVision Colibri 2 gyrostabilized EO/IR payload, the carbon fiber drone is able to capture high-resolution images and to record and stream HD video with automatic object tracking, making it the ideal surveillance drone. The UAV allows control, telemetry and video streams to be managed independently, and video streams can be redirected to different ground control stations or base locations. Reliable connectivity is assured with both a direct RF link and 4G/LTE communications. 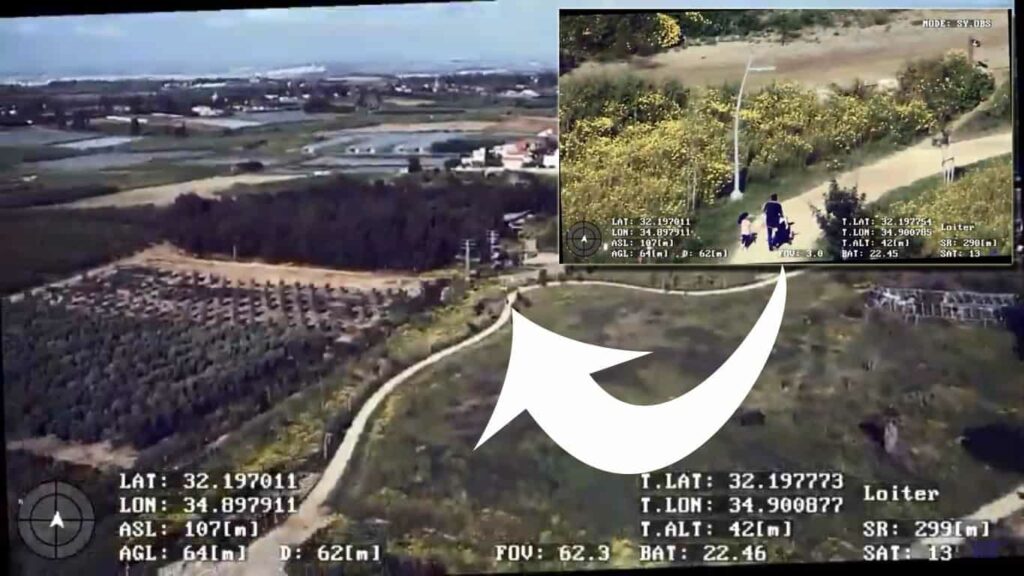 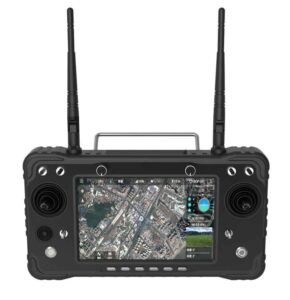 The VALAQ Patrol 120 ground control station provides a number of one-click functions for easy and versatile operation, including:

Follow hidden device – an external device such as a smartphone can be hidden in a target vehicle, and the surveillance drone will keep its camera pointed directly at the device

Share aerial view – live footage can be streamed to a third party, who can monitor the camera view via a smartphone or laptop 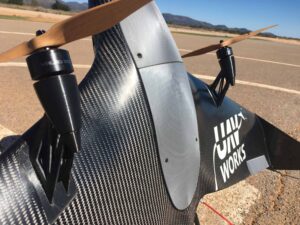 The robustly-designed VALAQ Patrol 120 UAV features a full carbon fiber construction, with a retractable landing gear that allows safe and stable landings even in high wind. With almost silent operation and no primary radar footprint, the aircraft can perform highly effective surveillance at altitudes of just 120 metres. 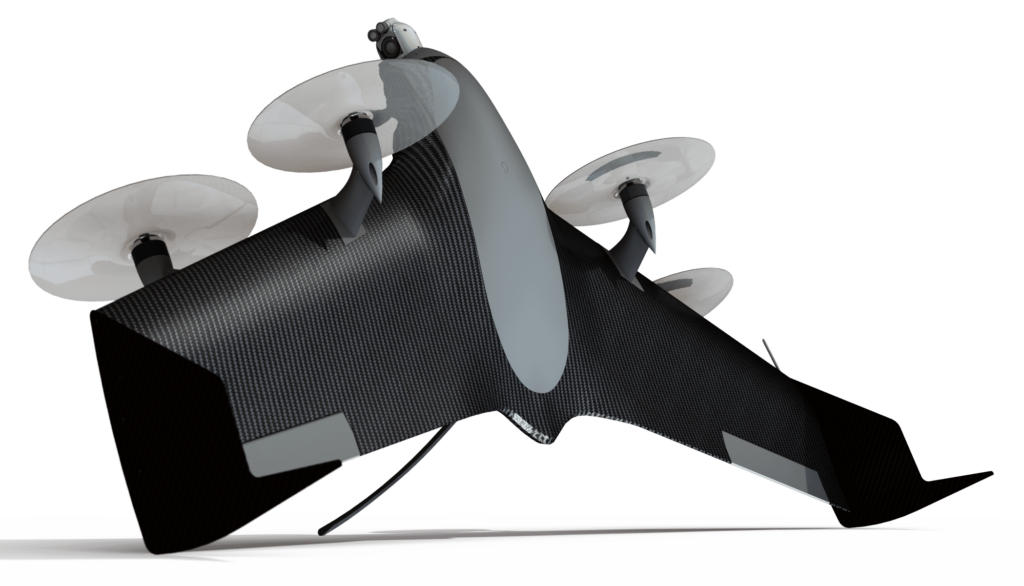 The VALAQ Mapper 120 is a fully electric VTOL UAV specially designed for long-range autonomous mapping and photogrammetry missions. The highly efficient mapping drone delivers up to 50 minutes endurance while carrying its payload, and combines the flight advantages of a fixed-wing platform with the ease of deployment of a multirotor. 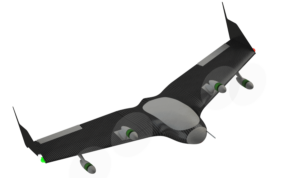 The mapping UAV is equipped with a 36.4 MP Sony a7R camera for high-resolution imaging, as well as the fully integrated Emlid Reach M2 PPK GNSS system, which provides georeferencing of all images for superior precision and accuracy. 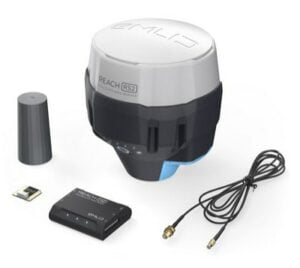 The RF datalink provides a robust control and telemetry connection at distances of up to 20 km, and an optional 4G LTE communications module allows this data to be transmitted and received over the internet.

Complex missions can be planned via the QGroundControl GCS software. 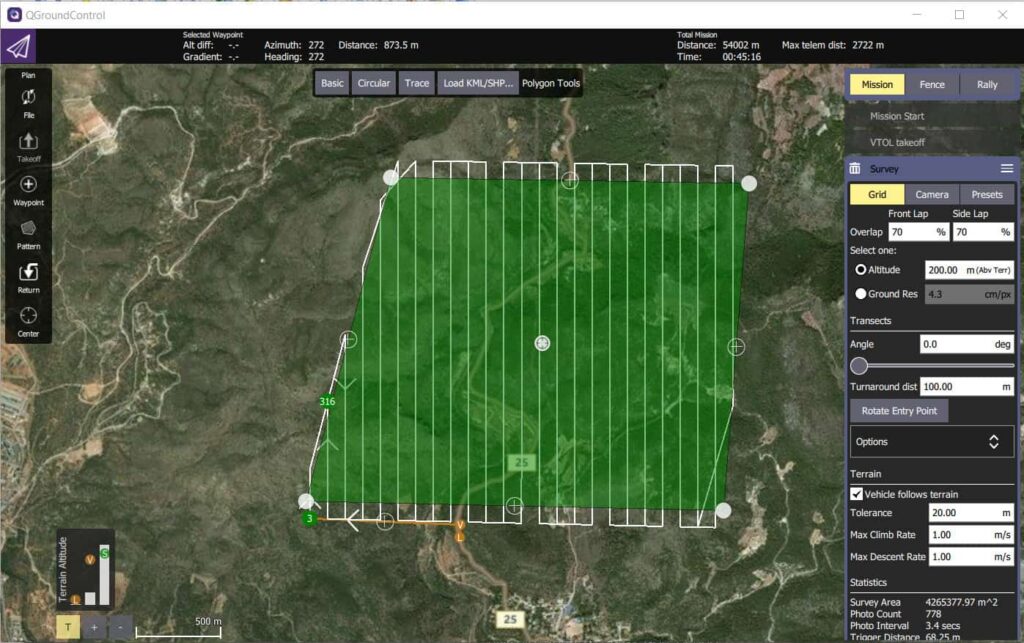 With long-endurance capabilities and the ability to deploy day or night, the VALAQ Patrol 120 is the ideal security drone for wide-area surveillance and patrolling. The powerful EO/IR payload captures the smallest details even at long range, and is capable of automatically tracking targets of interest such as moving vehicles and people.

The VALAQ Patrol 120 gathers high precision data for a wide variety of geospatial applications, including high-precision topography and terrestrial volume calculation. Our mapping UAV platforms can be equipped with payloads such as LiDAR scanners and multispectral sensors to suit a range of requirements.

Easily deployed and able to fly significant distances in a short amount of time, our electric VTOL UAV platforms are ideal for transporting urgent goods, such as postal cargo and medical supplies.