Suppliers and manufacturers of drone autopilots and automatic control systems for UAVs and UAS.

What is an UAV Autopilot Unit? 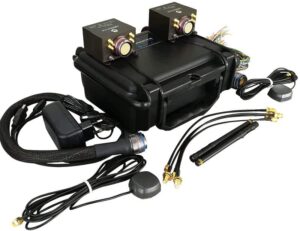 UAV autopilot systems allow an unmanned aerial vehicle, such as a drone, to perform entire missions autonomously without the need for manual remote control. These missions may include cargo delivery, mapping, surveillance and many other applications. Operators use ground control stations to set the parameters of the mission and the UAV autopilot directs the drone or other unmanned craft to complete the task.

How Does an UAV Autopilot Work?

By combining an array of sensors including gyros, magnetometers and accelerometers with a GPS, flight control CPUs are able to use the data on the attitude, velocity, position and heading of the UAV to direct the flight and operation of the vehicle according to the parameters set by the user. Other sensors may also allow the autopilot to avoid obstructions and collisions whilst operating.

Fully autonomous UAVs can carry out entire flight plans, including VTOL or runway take-offs, inflight manoeuvres, and landing. Options to pilot the UAVs manually or with an assisted manual function are also available on some UAV autopilot systems in addition to the fully automated setting. Most UAV autopilots have single or multiple redundancy systems to keep the vehicle in flight and operational in the event of a system failure.

UAV autopilot systems are available for all kinds of UAVs, including fixed wings, multirotors, helicopter drones, parafoils, blimps and tethered drones. Some manufacturers use a common set of hardware and software to operate all of these vehicles by using custom flight phases and control channels. Others may use the same hardware with different software.

Because the applications for drone autopilot systems are so varied, the control systems used to operate them are often highly customisable. They are usually based on off-the-shelf or custom computers or tablets running Windows, Linux or Android operating systems.

Control stations for unmanned aircraft systems (UAS) autopilots aim to be as user-friendly as possible, allowing users to easily set flight plans and edit them mid-flight, adding in waypoints or making changes where needed. Many control units feature built-in mission simulators, as well as safety pilot modes that allow operators to take manual control of the UAV in an emergency. Other ground control station features may include video receiving, mapping functions, payload control, and simultaneous vehicle control. 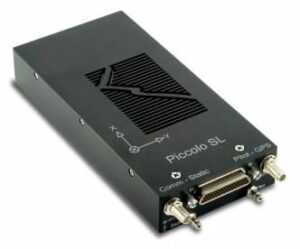 Drone GPS autopilot systems are useful for a wide range of applications within the construction and architecture industries as well as in agriculture and crop management. They are used widely in mapping and topology and extensively in surveillance. Mining, oil and gas operations also use drone autopilot systems for a number of important functions.

UAV autopilot systems are generally robust units designed to guide drones and other UAVs to perform set operations autonomously with minimal user input. They are used across a wide variety of industries to carry out all kinds of functions with a range of different UAVs.