A wide variety of electronic components and subsystems are used in the manufacture of unmanned aerial vehicles (UAVs), unmanned ground vehicles (UGVs), autonomous underwater vehicles (AUVs) and other robotic vehicles.

Electronics make up a significant part of systems such as propulsion mechanisms, take-off and landing, targeting and weaponry, sensors as well as the computers required to control and co-ordinate an unmanned vehicle’s subsystems. 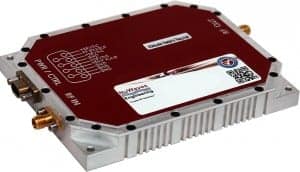 Power amplifiers are often used in unmanned vehicles to boost the performance of communications links and transmitters, which are essential for maintaining the link between a vehicle and its operators.

Control signals and data such as images, video and sensor readings may be passed along a communications link via radio frequency (RF) or microwave. Unmanned vehicles, especially UAVs, are often subject to stringent SWaP (Size, Weight and Power) constraints and so it is desirable for power amplifiers used in their construction to offer a small form factor and high efficiency. As with any amplifier, low noise and high gain are also desirable factors. 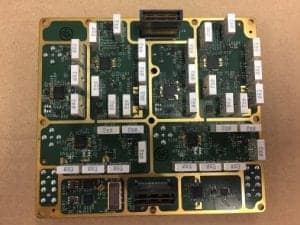 Many electronic components will be mounted on printed circuit boards (PCBs), which provide mechanical support and electrical connections between components and other subsystems. Typical PCBs are constructed from etched copper on a non-conductive substrate. PCBs can also be fabricated on a flexible base material, allowing for unusual geometries and the ability to conform to more constrained spaces. This makes flexible PCBs ideal for unmanned vehicles such as UAVs. 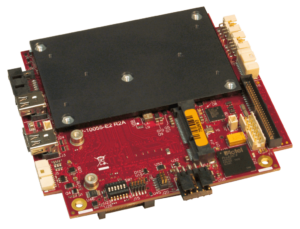 Single-board computers (SBCs) are embedded devices that provide processing capabilities for a wide range of unmanned vehicle applications, such as communications, data processing and co-ordination of subsystems. They are made in a variety of form factors to suit the size of the vehicle or the SWaP constraints of the application.

Other electronic components that are key to the construction of unmanned systems include motors, actuators, and connectors and interconnection solutions.