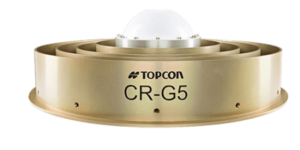 Unmanned vehicles, such as UAVs (unmanned aerial vehicles), UGVs (unmanned ground vehicles) and AUVs (autonomous underwater vehicles) transmit and receive a variety of signals. These signals may include GPS/GNSS signals, telemetry and sensor data, as well as cellular and wifi communication signals that allow the vehicle to form part of a network or connect to the Internet of Things (IoT). GNSS antennas receive signals transmitted by satellites in GNSS constellations such as GPS, Galileo, GLONASS and BeiDou. These signals contain data that can be used by UAVs and unmanned systems to determine position, velocity and timing.

The unmanned vehicle may communicate with a ground station, satellite or another vehicle and will require an antenna – a transducer that converts electrical energy into electromagnetic waves and/or vice versa – to transmit and receive signals. With advances in modern materials, UAV antennas can be constructed with a smaller size and embedded into the aircraft with a low profile, resulting in less weight and less aerodynamic drag on the aircraft.

Ground-based antennas can be used to communicate with UAVs as part of a ground control station or command centre, or to track them as part of a counter-drone system or UTM (unmanned traffic management) platform.

Antennas are tuned to specific frequencies or frequency ranges, and can be either linearly or circularly polarized. Linearly polarized antennas can be simpler to construct and may provide greater range. However, due to the need to keep transmitting and receiving, antennas are aligned to ensure maximum signal overlap, which can make them unsuitable for fast-moving unmanned aircraft, which might change direction frequently and thus bring the antennas out of alignment.

Circularly polarised antennas are more suitable for fast-moving vehicles as the radiation pattern ensures that there is some overlap no matter the angle of antenna alignment. 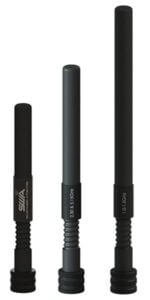 Some unmanned vehicle control stations may incorporate directional or omni-directional antenna, monitoring the signal reception and switching antennas as needed.

Most unmanned vehicle communications signals will occur in the radio frequency range, however due to increasingly crowded airwaves, microwave communications are becoming more common. Microwave signals provide greater bandwidth than radio signals but cannot be refracted in the way that radio frequency signals can, thus limiting microwave antennas to line of sight (LOS) applications.