With the market for commercial UAVs set to soar, Ian Bamsey and Nick Flaherty highlight some of the new technology on show at this trade fair. 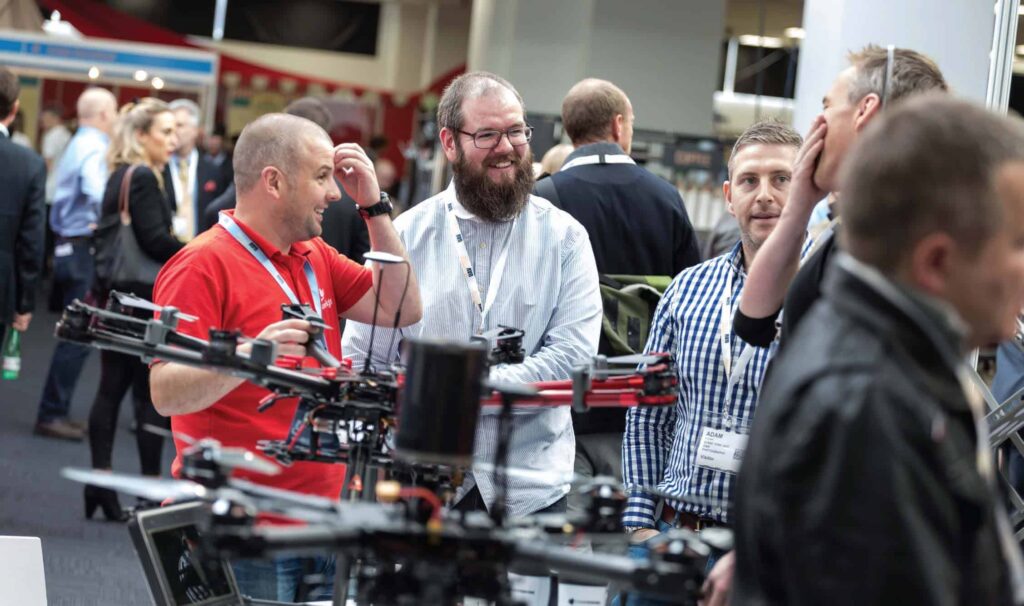 The world is on the verge of explosive growth in the use of UAVs for civilian applications, and the Commercial UAV Show, held at the Olympia exhibition centre in London on October 21-22, was billed as “the first marketplace for commercial UAVs”. As such it attracted an international line-up of exhibitors and drew in visitors from near and far, representing many potential civilian users ranging from filmmakers to local authorities and security specialists.

The show also saw the launch of Unmanned Systems Technology magazine and put the spotlight on innovative new technology in this burgeoning field. UST writers were there, walking the aisles to identify the most important developments at this busy and intriguing event.

Commercial UAV 2014
Less than three years old, Advanced Innovative Engineering (AIE) offers single-rotor Wankel-type engine technology in a range of displacements from 40 to 650 cc. Nathan Bailey told UST that the company is scaling up and down from its initial engine, the 225CSR, which as its name suggests has a displacement of 225 cc; it first ran in February 2014, and produces 40 bhp. The 40 cc engine variant offers 5 bhp, the 650 cc some 120 bhp, and the target market includes automotive applications as well as UAVs. 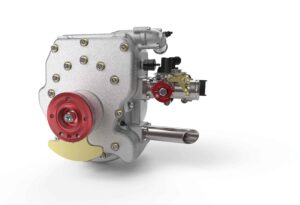 Bailey said AIE has taken rotary engine performance a step forward in terms of performance and durability, thanks partly to a revolutionary cooling technology called the Self Pressurised Air Rotor Cooling System (SPARCS). He explained that in general the key to rotary engine durability is adequate cooling and lubrication of the rotor. “If the engine’s rotor is not cooled sufficiently then the engine’s lubrication will break down due to the high rotor temperature, and the rotor bush and bearing will wear rapidly, reducing overall engine life.”

AIE uses conventional liquid cooling for the rotor housing, and combines this with its patented SPARCS technology for the rotor. “SPARCS uses blow-by gases from the combustion process to pressurise the engine core,” Bailey explained.

“This pressurised gas is then recirculated within a sealed system by a fan, passing first through the rotor and then, to reject heat, through an air-to water heat exchanger integrated into the rotor housing.”

Wankel-type engines are popular in the UAV sphere, and it is worth noting that such engines lend themselves to being fuelled by hydrogen rather than petrol or diesel.

We highlighted Cella Energy’s hydrogen storage pellet technology in the previous issue of UST, explaining how it can supply a fuel cell to collectively outperform a battery in the context of a UAV. At Olympia, Stephen Bennington told us that it had recently signed a contract with French aerospace company Safran, to provide a back-up power supply for manned aircraft. This is Cella Energy’s first revenue from a commercial deal, and Bennington was pleased to report that it gives further credibility to his company’s pioneering technology.

Interestingly, Bennington also told us that studies have shown that using hydrogen as an additive in diesel fuel can significantly reduce the particulates emitted by a compression ignition engine. In effect, it will burn up nanoparticles that would otherwise escape through the particulate filter. While UAVs are not currently bound by emission regulations, they will doubtless come under the same scrutiny as modern road vehicles as the commercial market for them booms in due course.

Jon Skelton told us that Topcon Positioning provides a very lightweight GNSS OEM board for UAVs that offers an accuracy down to less than 5 cm in all directions.