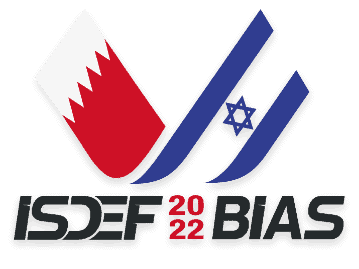 ISDEF is proud to announce that we have just signed an exclusivity agreement with the Bahrain International Air show (BIAS) to launch the first ever Israeli pavilion.

The Air show, which will take place in Bahrain on November 9-11, 2022, will be the tenth edition and is considered one of the most influential and prestigious aviation events in the military and civilian aviation and aerospace defense.

As part of the accords established in the past year with official Bahraini representatives, participation in this event is an exceptional opportunity for the Israeli aviation and aerospace industry to engage in the tradeshow and create valuable networking opportunities with partners in countries that were restricted until now.

The Israeli pavilion aims to promote the Israeli defense industry and serve as a platform to set business meetings. You will have the opportunity to create working relationships with government officials and form collaborations with manufacturers in the defense and civilian sectors.

The air show enjoys tens of thousands of visitors and government officials, buyers, and end-users from the global and regional aviation industry. Bahrain has one of the best aircraft displays in the Air show circuit, with stunning displays featuring the latest in military jets and commercial aircraft.

To learn more about Bahrain International Air Show (BIAS), to register to attend or exhibit, please click below.