What is a MEMS Accelerometer?

A MEMS (microelectromechanical systems) accelerometer measures linear acceleration due to gravity. MEMS technology can be used to detect motion, as well as orientation by measuring the effect of gravity and therefore the tilt of the accelerometer relative to the Earth. Accelerometer sensors will usually be 3-axis devices, with one accelerometer aligned to each axis.

MEMS accelerometer sensors are manufactured with two main technologies – capacitive and piezoelectric. Capacitive MEMS sensors feature microstructures that are moved by acceleration forces, thus changing the distance between them and in turn the capacitance. Piezoelectric MEMS sensors incorporate microscopic crystals that are compressed by a moving mass under acceleration, changing the shape of the crystal and thus its resistance.

MEMS Accelerometers in UAVs and Drones 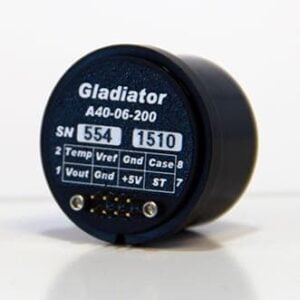 Accelerometers can be used for flight stabilisation in UAVs and drones, being able to measure the orientation of the aircraft as well as the effects of sudden acceleration due to wind or sharp turns.

Accelerometers are combined with gyroscopes and magnetometers to create IMUs (inertial measurement units). IMUs provide more accurate acceleration and orientation data that can be used to calculate UAV position and velocity. Since accelerometers are noisy over the short term and gyroscopes drift over time, the combination of the two allows for greater accuracy.