Threod Systems is a developer and manufacturer of Fixed-Wing and VTOL Unmanned Aerial Systems (UAS) for data-gathering in tactical and commercial applications. We also develop a wide range of UAS subsystems in-house, such as autopilots, engines and payload modules, making us a complete UAS supplier with the flexibility to deliver the most suitable solution for your particular requirements. Our gyro-stabilized camera gimbals are designed for integration on drone platforms to provide high-quality aerial imagery.

All our products are ISO 9001, ISO 14001 and AQAP 2110 (NATO standard) certified, ensuring the highest quality and reliable operation in the most demanding of environments.

The EOS C is a mini-class, electric fixed-wing drone with vertical take-off and landing capability, designed to deliver stable and clear imagery for tactical, government and commercial missions, especially those taking place under restricted and difficult terrain conditions.

The EOS C has a flight time endurance of three hours when operating in fixed wing mode; and two hours endurance when flying as a multirotor. The airframe can be instantly converted between fixed-wing and VTOL modes. The extremely low noise output and low visual footprint make it an ideal aerial platform for Special Operations Forces.

A fully gyro-stabilized two-axis EO/IR camera gimbal provides an HD video and imagery feed to a Ground Control Station with onboard recording, and an additional plug & play payload can be fitted for precision aerial mapping.

With an advanced autopilot providing automatic takeoff, landing and navigation between user-defined waypoints, the EOS C can even be launched from the deck of a rescue vessel or battleship. The highly flexible system is ideal for a wide range of military, government and commercial applications including battlefield reconnaissance, search & rescue, border patrol, mapping and surveying.

Launched via catapult and recovered using the integrated parachute recovery system, the Stream C UAS has an operational ceiling of 3000m and is available with multi-sensor payloads.

The STREAM C VTOL UAS variant is currently under development. 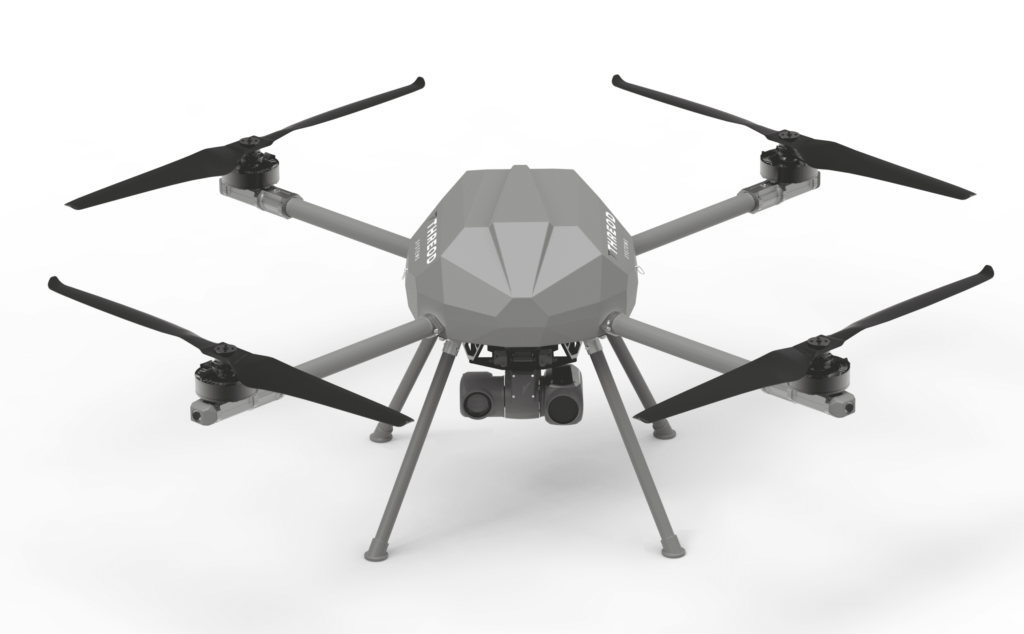 Featuring VTOL UAS functionality, the KX-4 LE UAS can be deployed quickly without the need for a runway or launch equipment; and the integral emergency parachute offers additional safety, especially when being operated in populated areas. The detachable boom arms and landing gear ensure the system can be easily packed away and transported. 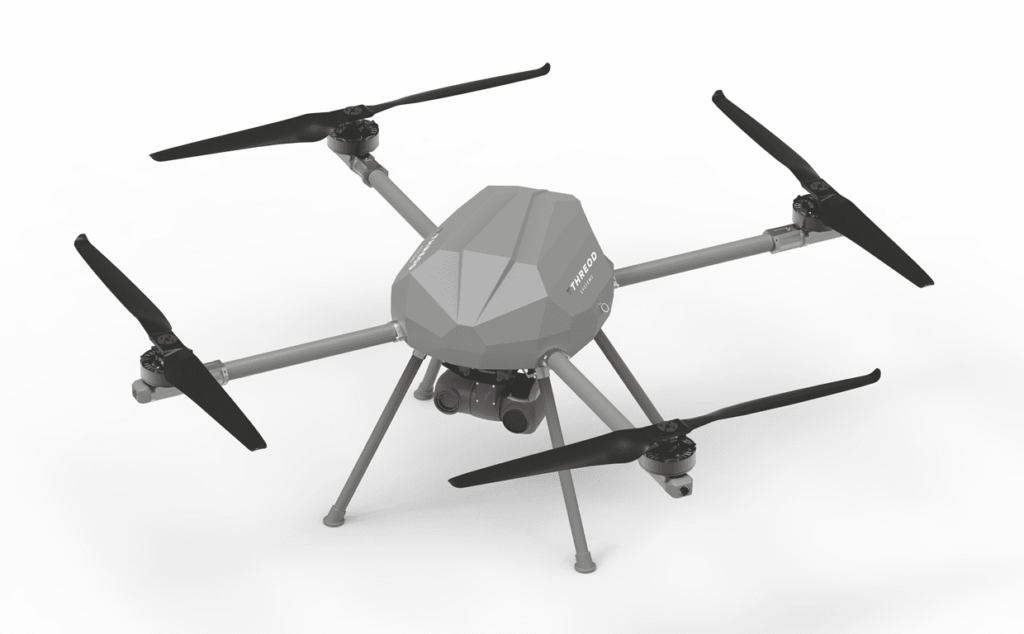 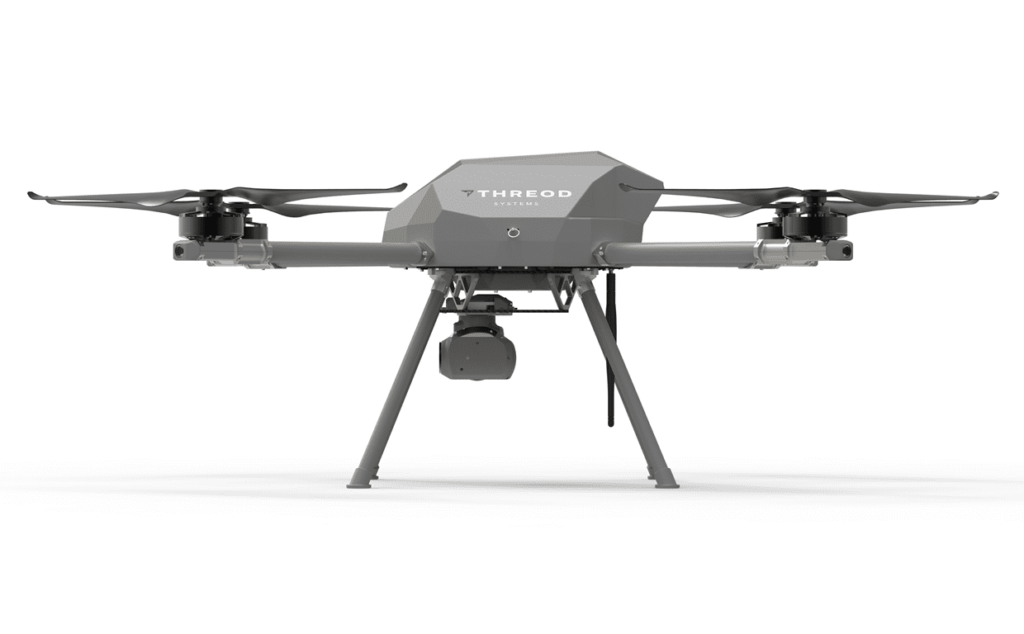 Case study: read about the Titan’s deployment in Mali 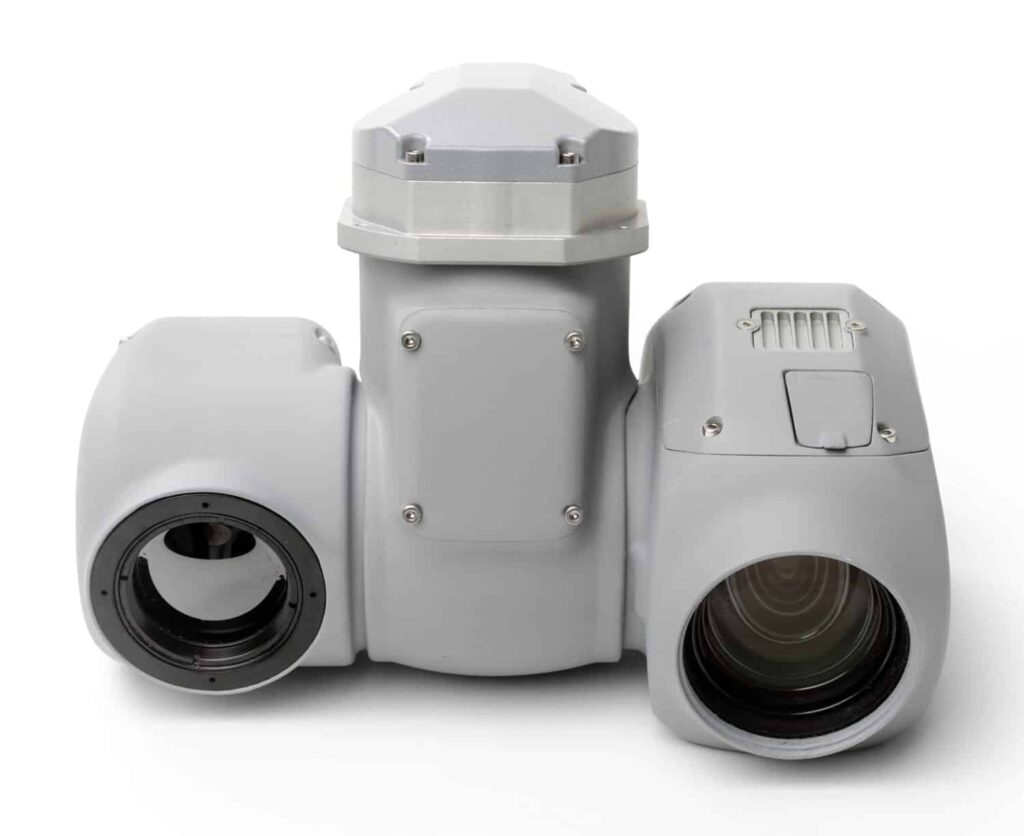 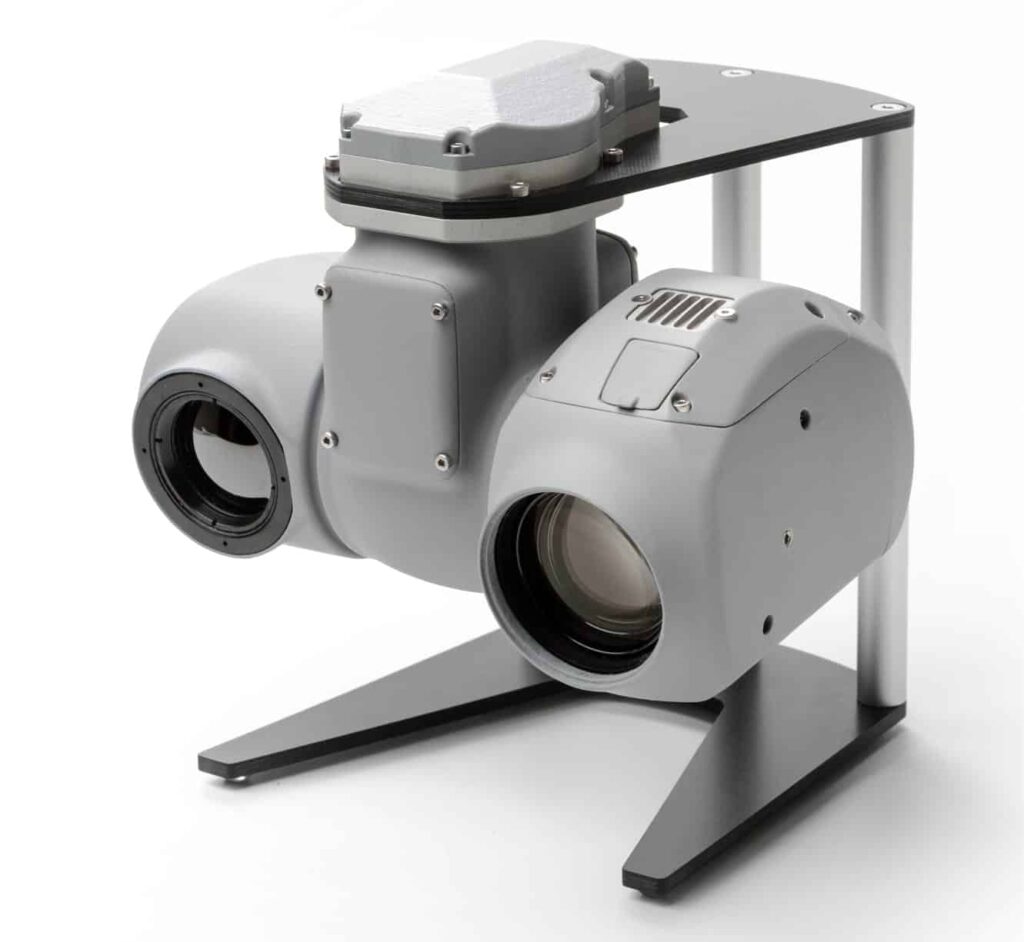 The Shark roll-tilt gyro-stabilized dual-camera UAV gimbal, suitable for both fixed-wing and multirotor aircraft, provides both electro-optic and infrared capabilities, streaming clear and stabilized live geo-referenced video back to base.  Advanced features include target tracking, geo-locking and moving object detection.

The dual-side design, with sensors on both sides of the stabilizing mechanism, allows the overall height of the gimbal to be extremely low, and the modular sensor mounts allow for quick, easy upgrades and payload changes. The gimbal can also be equipped with an optional IR illuminator and laser rangefinder for further functionality.

The Shark Stabilized Dual-Camera UAV Gimbal is available in a number of different configurations. 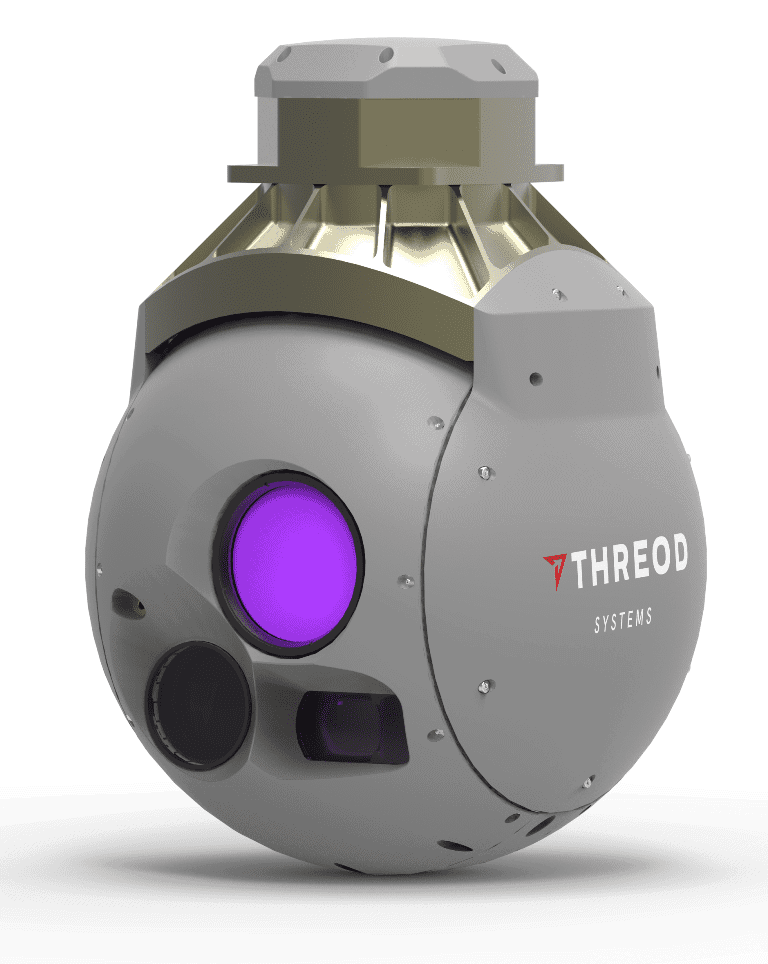 Featuring gyro and image stabilization, the ORCA 220 UAV camera gimbal features moving object detection and HD video output with onboard recording, as well as target tracking, geo-locking and 360 degree continuous pan and tilt, making it an ideal option for law enforcement and commercial use. 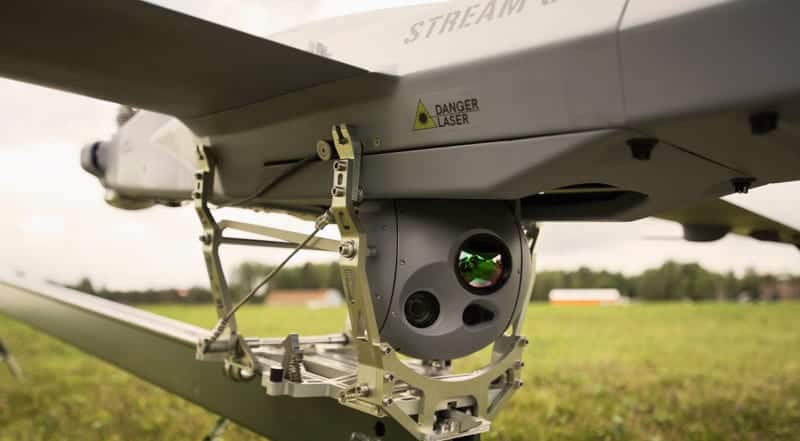 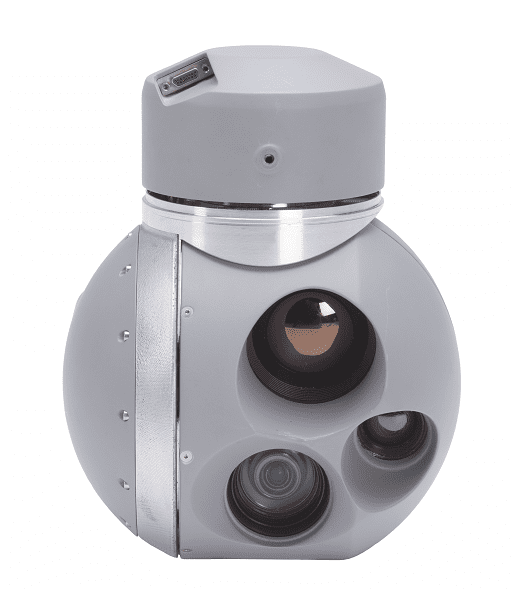 The Orca 170 Stabilized Triple-Camera Gimbal is a next-generation payload for fixed-wing and multirotor UAVs that incorporates an EO camera and two IR sensors with 25mm and 60 mm lenses. Its modular design allows for custom sensors and optional capabilities such as a laser rangefinder, IR illuminator, laser target designator, or aerial mapping payload.

The Triple-Camera Gimbal features gyro-stabilized HD imagery and onboard recording as well as advanced features such as target tracking, geo-locking and moving object detection.

The Orca 170 Triple-Camera Gimbal is available in a number of different configurations.

Threod Systems maintains a state-of-the-art UAS Training and Simulation Centre, providing full UAV operator training according to NATO Standard ATP-3.3.8.1 (Guidance for the Training of Unmanned Aircraft Systems (UAS) Operators). Simulation is an efficient and cost-effective way to develop and maintain operator skills and test UAS operational procedures, and Threod Systems also provides a portable simulation kit with each of our UAVs.

Simulation provides a wide range of advantages and benefits to UAV designers and operators, including:

Our simulator capabilities include: 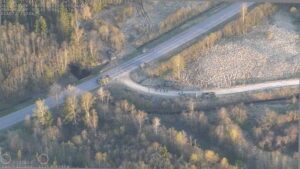 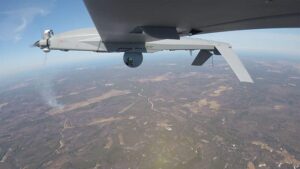 Please contact us to learn more about our UAS solutions >