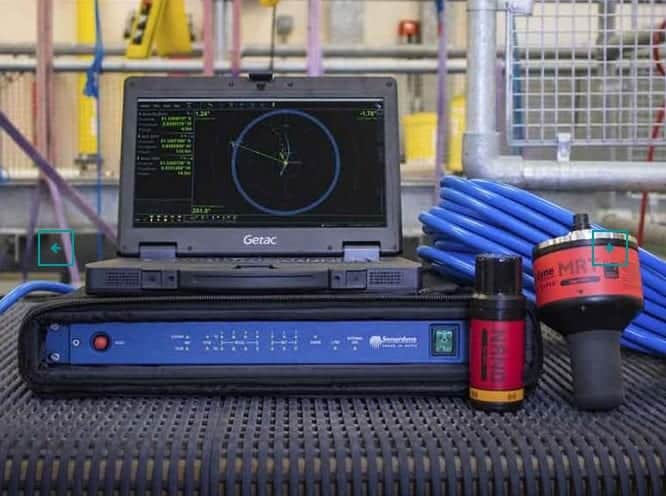 Sonardyne International has announced the unveiling of its smallest ever underwater target tracking system, the Micro-Ranger 2. The system is Sonardyne’s third Ultra-Short Baseline (USBL) acoustic tracking system to be built around its Sixth-Generation (6G) hardware and Wideband 2 digital acoustic technology platform. Whereas Sonardyne’s previous Ranger 2 and Mini-Ranger 2 are designed for complex and deep water survey and positioning operations, the new entry-level model in Sonardyne’s USBL family introduces features that make it ideal for supporting diving and small underwater unmanned vehicle operations in rivers, lakes and coastal waters.

In this sector of the market, users often have no prior experience of acoustic tracking technology so ease-of-setup and ease-of-use have been key areas of engineering focus during the development of the new Micro-Ranger 2. The system’s transceiver, MRT, is extremely small and light and can be deployed from the side of a small boat, pontoon, or even a USV (unmanned surface vehicle). Its design provides all-round acoustic tracking coverage, so is ideal for tracking targets in shallow water all the way to the surface.

Users then connect their computer and external GPS signal to the system’s interface unit and attach a transponder to each target they want to monitor the position of. With the transceiver lowered into the water, tracking can begin.

Sonardyne has included within the system one of its Nano transponders. Measuring just over 150mm tall and weighing 225 grams in water, Nano can be fitted to a diver or small AUV (autonomous underwater vehicle) without noticeably affecting dynamics through the water. A built-in depth sensor aids USBL positioning accuracy and a rechargeable battery provides a day of continuous use. For tracking larger targets, Micro-Ranger 2 can be specified with a WSM 6+ transponder which is able to be powered directly from a vehicle to provide uninterrupted tracking.

As standard, the bundled software comes with many of the features common to the established Ranger 2 USBL product family. To unlock further capability, the optional Marine Robotics software pack allows users to both track, communicate and command an underwater vehicle fitted with a Nano AvTrak 6 transceiver.

Ioseba Tena, Global Business Manager for Sonardyne said, “We’re confident that Micro-Ranger 2 will quickly establish itself as the price and performance benchmark for underwater tracking technology in its class, and prove a worthy successor to the Sonardyne Scout USBL it supersedes.”