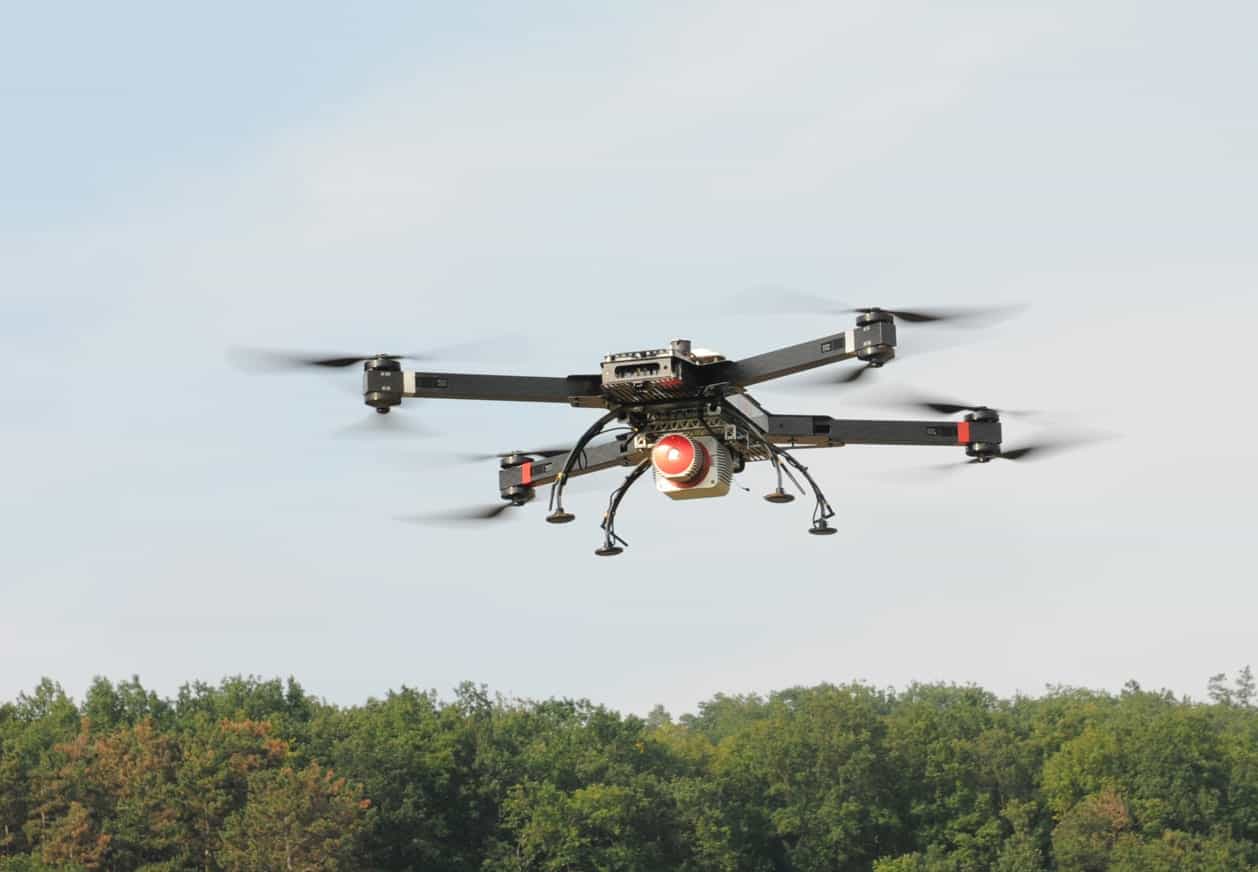 RIEGL has become the first major LiDAR manufacturer to develop its own unmanned aerial system with the launch of the RiCOPTER UAV. The RiCOPTER is equipped with the RIEGL VUX-1 survey-grade LiDAR sensor, offering a fully integrated turnkey solution.

The RiCOPTER was recently exhibited at the INTERGEO 2014 trade show, with live demonstrations being performed within the show’s UAV flight zone. RIEGL also demonstrated the versatility of the VUX-1 LiDAR sensor by integrating it into several other UAS systems, including the Flying-Cam SARAH and the Aeroscouts UAS.