What are Fuel Cells? 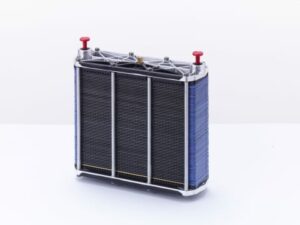 Drone fuel cells are electrochemical devices that convert chemical energy from fuels and oxidisers, without combustion, into useful electrical energy that can be used to power devices and vehicles. The cell itself does not require charging, but does require a steady flow of fuel and oxidiser.

Multiple fuel cell technologies exist, including proton-exchange membrane (PEM), solid acid, and solid oxide. PEM is the most widely-used electrochemical cell used  in drones as it has the highest power density. PEM cells also run at lower temperatures, making their construction and engineering less complex and costly, and giving them a lower thermal signature.

PEM fuel cells are based around a positive terminal and a negative terminal separated by a solid polymer membrane.

Oxygen from the air is fed to the positive terminal and combines with the protons and electrons from the hydrogen to form water. Because water is the only by-product of the process, they are highly favourable from an environmental and emissions standpoint. 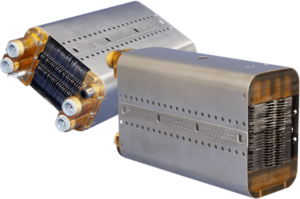 Hydrogen powered drones have a number of advantages over those powered by batteries and internal combustion engines. Drone fuel cells have a high energy density, meaning that they provide a greater energy output to mass ratio, which is particularly important for aviation and unmanned aerial vehicles. Hydrogen PEM fuel cells have provided up to three times the endurance at equivalent aircraft/payload weights compared to drone battery systems.

In addition to having a relatively low energy density, batteries take a long time to recharge, with a charge cycle often being many times the typical half-hour flight endurance that they provide. Hydrogen cylinders can be swapped out within minutes, allowing for greater operational efficiency.

Fuel cell technology is quiet compared to internal combustion engines, the noise and vibration from which can affect the operation of UAV sensors and payloads. Internal combustion engines also require more maintenance and typically have a much lower MTBF (Mean Time Between Failures) than alternative fuels, requiring more spare parts and more manpower. 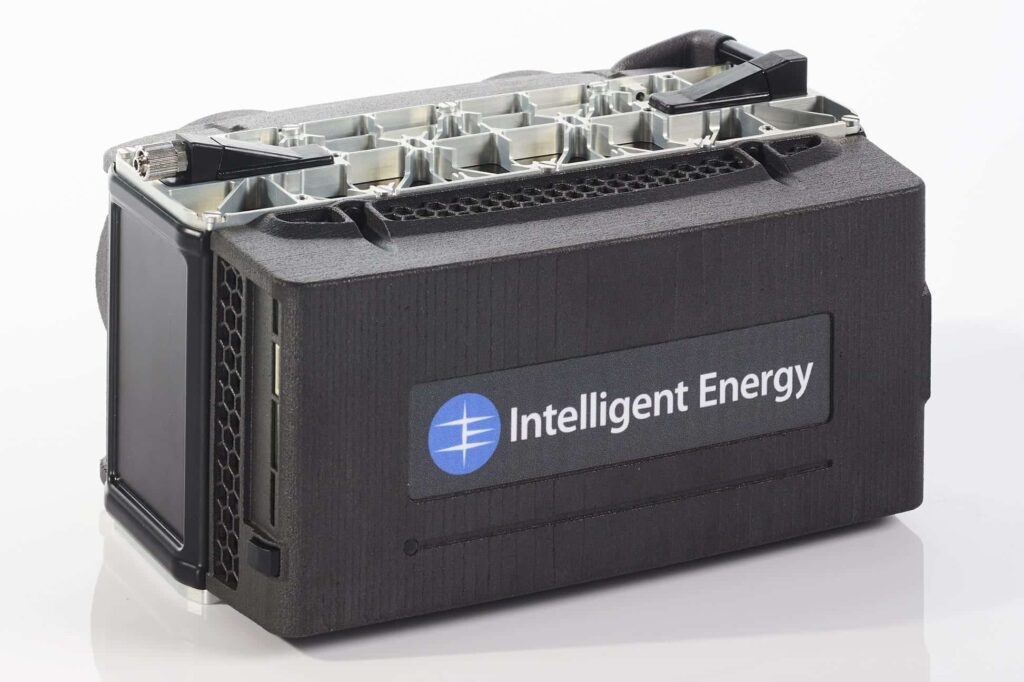 Hydrogen cells can be stacked in a modular fashion depending on the output voltage required. A complete hydrogen drone fuel cell power system will additionally incorporate control systems for fuel and air, as well as hydrogen regulators and liquid or air cooling systems.

Although they feature a high energy density, hydrogen cells exhibit a relatively low power density, which translates to a low thrust to weight ratio for drones and other aircraft. This means that current electrochemical cells are not applicable to the largest UAVs, which require very high peak output power and thus are better served by traditional combustion engine technology.

sUAS are also currently unable to take advantage of fuel cell technology due to the weight required and the lack of usable space on the aircraft. These drones, which tend to be used for shorter missions, are better served by battery technology.

Hydrogen drone fuel cell systems have successfully been flown aboard a variety of fixed-wing and multirotor platforms, including leading-edge unmanned aerial systems by Insitu, Aerovironment and Lockheed-Martin. 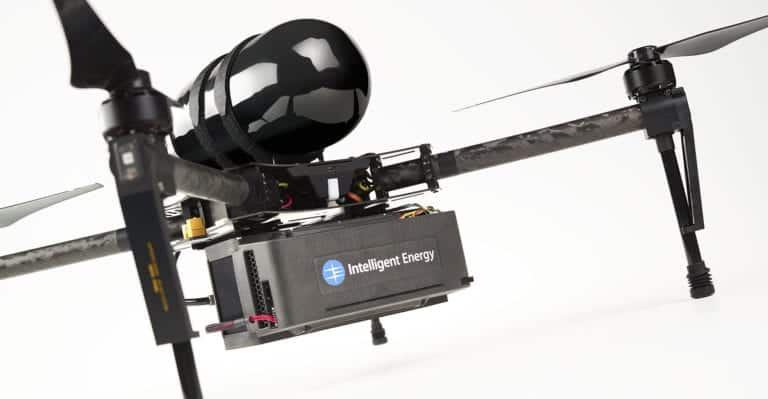 What are hydrogen fuel cells?

Hydrogen fuel cells are electrochemical devices that use hydrogen as fuel, with an oxidiser, to convert chemical energy into useful electrical energy.

How do hydrogen cells work?

Hydrogen cells are made up of a positive and a negative terminal, with an electrolyte separating them. An oxidation reaction turns the hydrogen into positively charged ions and negatively charged electrons, creating an electric current.

What is a PEM fuel cell?

A proton exchange membrane (PEM) fuel cell uses a proton-conducting polymer membrane to separate the two sides of the cell.

How does a PEM fuel cell work?

Hydrogen fuel cells have a higher energy density than batteries, meaning that they can provide more energy per unit weight carried, leading to greater flight endurance. 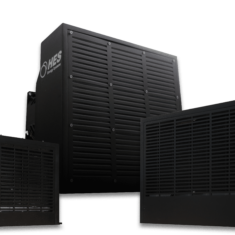