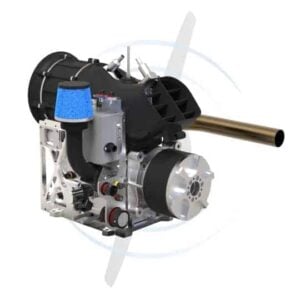 The most common form of hybrid propulsion system uses a piston-driven or rotary internal combustion engine, running on gasoline or diesel, as a generator to provide electric power that can drive motors. The system may also include a battery that can be used to provide support during times when peak power load is required, and may also be used for redundancy in the case of system failure. Some hybrid systems provide the option to use the engine either for mechanical shaft power or electricity generation.

Hybrid gas-electric propulsion systems can significantly increase mission endurance and cost-effectiveness for drones and unmanned vehicles. They can improve fuel economy and reduce reliance on non-renewable fuels. They may also provide drones with a “silent mode” that allows them to loiter over an area of interest with minimal acoustic signature.

Hybrid propulsion systems may use a hydrogen fuel cell as the main generator of electricity. This can be used to recharge the battery during operation, and has the additional advantage of being emissions-free.

Some hybrid systems may also incorporate solar panels that can be used during the daytime to charge batteries that are then used to provide power to the system at night. Hybrid solar-electric systems are commonly used on long-endurance USVs and ASVs (autonomous surface vessels) that undertake missions such as ocean mapping and environmental monitoring. They are also incorporated into stratospheric UAVs, also known as HAPS (high-altitude pseudo-satellites), which fly above the clouds and can harness more solar energy than UAVs operating closer to the Earth’s surface.