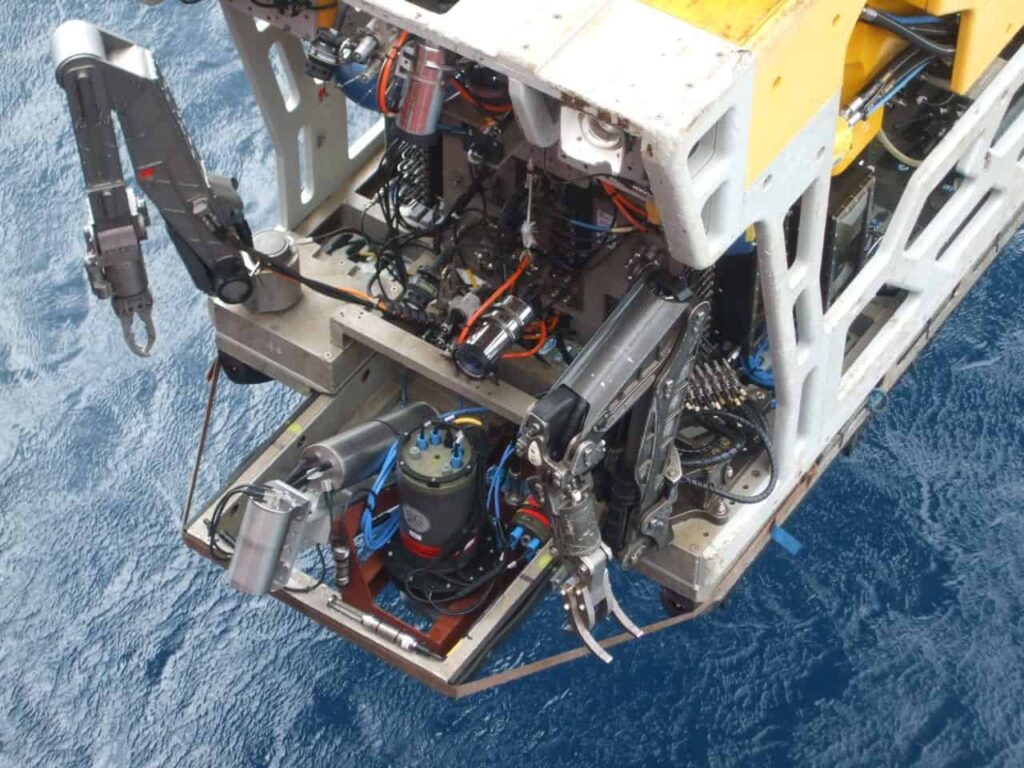 2G Robotics and Sonardyne International have announced that the two companies have entered into a formal collaboration agreement. The two organisations are working together on the development and promotion of a dynamic underwater laser mapping solution which significantly reduces the time needed to survey seafloor sites and offshore structures.

The new agreement centres on the integration of Sonardyne’s acoustically-aided inertial navigation system for underwater vehicles, SPRINT-Mapper, with 2G Robotics’ ULS-500 PRO dynamic underwater laser scanner. Projects conducted over the past six months have shown that combining the high resolution afforded by the 2G Robotics’ laser scanner, with a high level of practical positioning accuracy, produces a complete solution for fast and efficient dynamic laser scanning projects. These include archaeological surveys, pipeline and free span inspections, structural integrity monitoring and one of the most demanding of all survey tasks, pipeline metrology.

Until now, attempts at mapping from dynamic platforms have largely involved multi-beam imaging sonars being fitted to ROVs, AUVs and manned submersibles equipped with inertial, Doppler, acoustic positioning and depth instrumentation. As a result of their mobility, large areas can be quickly surveyed but this approach typically only achieves up to 10 cm relative accuracy – effectively ruling out applications like metrology which require centimetre or better accuracy.

The new technique uses the 2G Robotics ULS-500 PRO laser scanner fitted to an underwater vehicle to capture high density point clouds of subsea assets and environments. As the vehicle moves around the site, the SPRINT-Mapper hardware, also fitted to the vehicle, simultaneously collects raw acoustic and inertial navigation data. On completion of the survey, the raw navigational data is post-processed and merged with the laser data to produce a georeferenced 3D point cloud from which centimetric level or better engineering measurements can be taken.

By adopting a dynamic platform such as an ROV navigated using SPRINT-Mapper, the high-resolution laser data is no longer constrained by a stationary deployment location, meaning that an entire site can now be surveyed quickly and with the flexibility to overcome adverse conditions such as visibility. As the underwater vehicle does not have to come into contact with the seabed at the survey site, it can move to scan any target of interest from a variety of perspectives.

Through the agreement, both 2G Robotics and Sonardyne, as well as their distributors, can now offer a complete package for dynamic scanning – effectively eliminating any integration challenges faced by the end customer.

Edward Moller, Global Business Manager for Construction Survey at Sonardyne, said, “The level of detail visible in the post-processed images we’ve gathered on projects in recent months, has to be seen to be believed; small bolt-holes, individual chain links, marine growth and even painted markings can all be clearly seen. In terms of wide-area seabed visualisation, it’s a real game-changer.”

“This new partnership eliminates the complexities most subsea customers face when integrating multiple systems. The detail afforded by the integration of our technologies allows clients to not only capture superior data but also more effectively compete for projects,” commented Chris Gilson, Product Development Manager at 2G Robotics.