Unmanned traffic management (UTM) is a set of technologies that will enable UAVs (unmanned aerial vehicles) and drones to co-exist within the same airspace as manned aircraft. Currently under development, the ecosystem will provide autonomous low-altitude airspace management without the need for air traffic controllers. Such an automated and scalable system will be required in order to handle the ever-increasing number of unmanned aircraft operating within civilian airspace, and to enable beyond visual line of sight (BVLOS) drone operations at altitudes below 400 feet AGL (above ground level).

Rather than having a centralized control point, UTM will exist as a networked collection of services operating with common protocols. The network of different solutions will be made up of systems from different service suppliers, all of which will be required to meet safety, security and performance standards set by the relevant authorities. 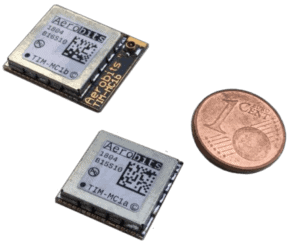 Components of a UTM solution will include airspace access, monitoring and management services. Airspace access will provide drone pilots with automated flight authorization, processing proposed flight plans, checking for compliance with regulations, and ensuring that flight paths do not enter restricted territory. Access to controlled sections of airspace may also need to be specially granted.

If a flight cannot be authorized automatically, the system can alert a human supervisor.

UTM frameworks developed in conjunction with civil aviation authorities around the world are expected to operate under broadly similar principles and approaches. In the US, research is being undertaken by the FAA, NASA and various industry partners. In the European Union, the proposed system is known as U-space, and is being managed by SESAR (Single European Sky ATM Research).

Airspace monitoring will track the presence of drones within the low-altitude airspace, using real-time flight information from aircraft such as position, speed and heading. In-flight deconfliction may need to be performed in the case of potential collision between drones or between a drone and a manned aircraft, ensuring that flight paths can be diverted.

Airspace management will set up flight paths and schedules for drones, calculating safe and efficient routes and taking in account the flight plans of other drones and manned aircraft to keep safe distances and minimise risk of in-air collisions.

The Future of UTM 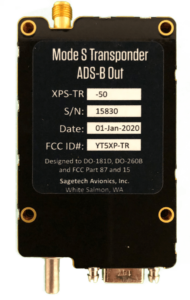 Drones operating within a UTM system will require some form of remote ID that will allow them to provide real-time identification and location information to the system while in flight. In addition to enabling tracking of unmanned aircraft to prevent collisions and unauthorised airspace access, drone remote ID will also enable aviation authorities and law enforcement to locate drone pilots if an incident should occur. Potential drone remote ID solutions include Bluetooth, Wi-Fi and ADS-B (automatic dependent surveillance–broadcast).

A UTM solution may also provide drone pilots with real-time information such as weather information, temporary or emergency restrictions such as clearing of airspace over an incident, and status of flight authorizations.