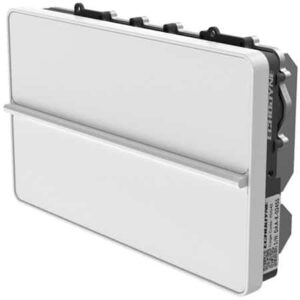 Radar technologies are used for the detection of UAVs (unmanned aerial vehicles) as part of counter-drone systems and airspace management systems, protecting against hostile drone threats as well as accidental collisions with buildings, aircraft and other obstacles. Radar works by emitting electromagnetic pulses in the RF (radio frequency) portion of the spectrum and measuring the reflections returned when the pulses collide with objects.

Radar provides a number of advantages for drone detection. Unlike electro-optical technologies, it is not hampered by poor lighting or weather conditions. It can also be used to detect fully autonomous drones, unlike other systems that work by sensing the presence of radio control signals sent between the drone and its ground control station. Many radar systems, however, do not have the resolution required to detect very small drones.

UAS detection radar may use either active or passive radar technologies. Active radar transmits its own energy either in pulses or continuous waves. Active continuous-wave radar takes advantage of the Doppler effect to measure frequency shift and calculate the speed and trajectory of detected drones, and is ideal for protecting against low-speed and low-altitude threats. Passive radar receives signals emitted from other sources, and is useful in applications where the user does not wish to be detected. 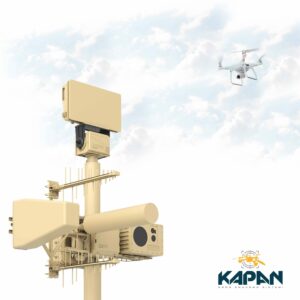 Drone detection radars are incorporated into counter-drone systems, typically as part of a suite of detection technologies, including EO/IR gimbals and RF sensors, to provide maximum threat protection. The counter-drone system may include a database of radar signatures that helps to identify and classify the drone threat.

UAV detection radar may also be used by civilian air traffic systems such as unmanned traffic management (UTM) solutions, providing real-time tracking and identification of drones to provide maximum safety and situational awareness within the airspace.