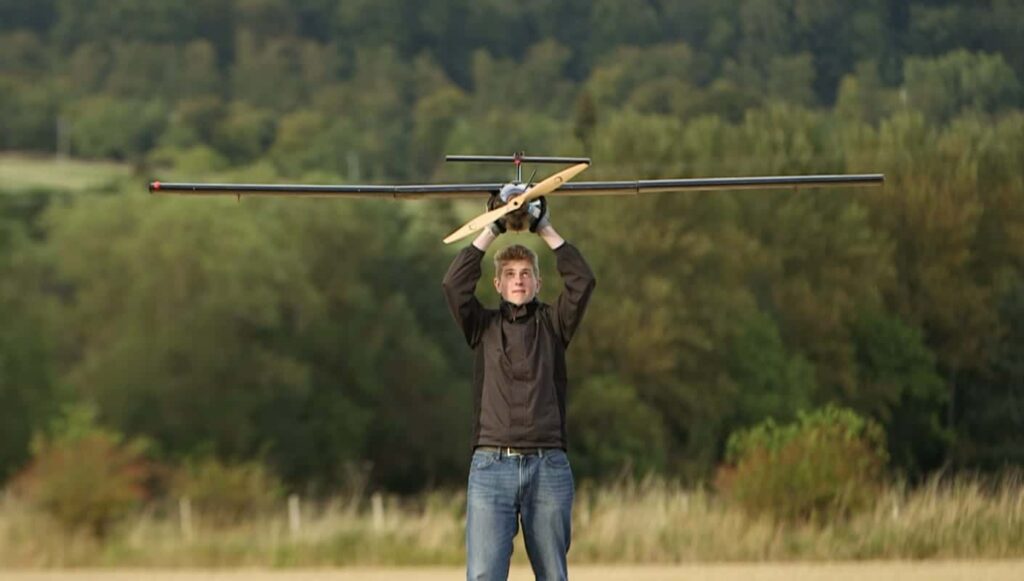 H3 Dynamics, a developer of robotics technologies, has announced the release of HYWINGS, a hand-launchable Fixed Wing Unmanned Aerial Vehicle (UAV) capable of 10 hour flight durations and distances of up to 500km.

At a total take off-weight of 7kg, HYWINGS can cover large areas of land quickly, while removing the need for catapult launchers or runways typically required by larger, heavier and more expensive systems. This translates to less time spent in the field, greatly reducing costs for operators.

HYWINGS is also a step towards enabling larger platforms. With further improvements to its technology in combination with new aircraft designs, H3 sees the feasibility of 50 to 80 hour electric flight durations in both unmanned and manned aircraft configurations.

HYWINGS is part of a growing product line-up at H3 Dynamics, which includes HYCOPTER, a hydrogen-electric multi-rotor platform, and DRONEBOX, a remotely operated drone charging station which can self-sustain in the field for up to 2 years.

Aerospace-grade fuel cell technology, which can be 3 to 5 times lighter than lithium batteries, is the result of a 10-year evolution at HES Energy Systems, an H3 Dynamics subsidiary. HES Energy Systems is now working on field-refueling systems as accessories to HYWINGS and HYCOPTER platforms. As an alternative to much larger refueling stations designed to fill up to 300kWh worth of hydrogen in fuel cell cars, HES is designing small and portable refueling systems able to fill up 1kWh storage tanks, which is enough to fly HYWINGS for 6 hours.