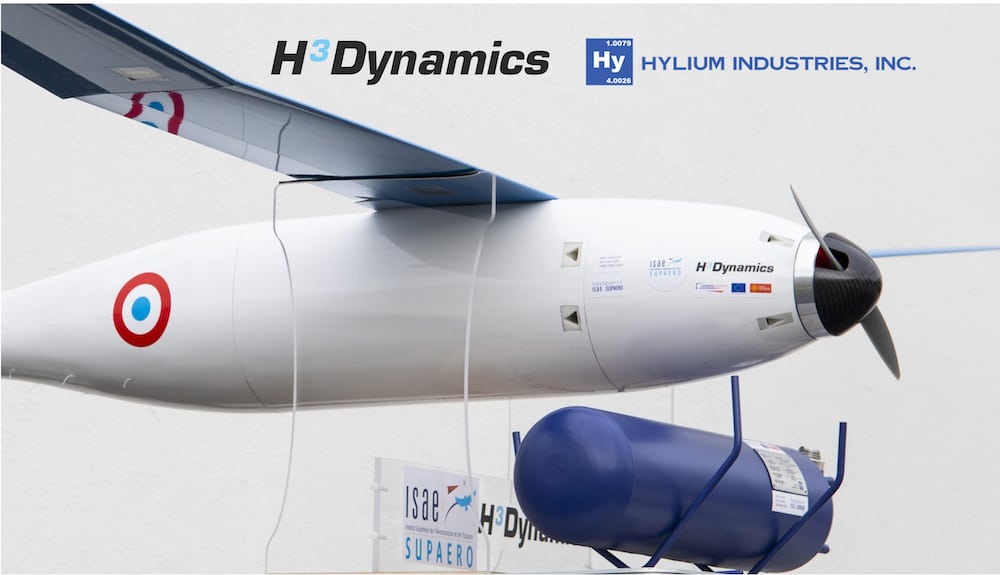 According to the companies, moving to liquid hydrogen represents a significant capability leap for small electric-powered unmanned systems. Cryogenic (liquid) hydrogen stores three times more energy as compressed gas in the same given volume, meaning delivery drones will be able to fly further, and mapping and ISR missions could be done on a much bigger scale.

“When combined, our global best-in-class solutions achieve the global performance limit for low-altitude electric powered flight,” said Taras Wankewycz, CEO H3 Dynamics. “We are proud to be working with Hylium to move hydrogen-electric flight propulsion to the next level.”

Now all the various forms of hydogen drones and UAVs powered by H3 Dynamics – including hydrogen airships, multi-rotors, and VTOL – have a way to further boost flight durations by another factor of three over pressurized hydrogen systems, or a factor of 10 compared to batteries.

Named H2FIELD, the mobile station produces hydrogen from water and delivers compressed hydrogen gas tanks to the operator with little human intervention and no required hydrogen expertise. H3 Dynamics and Hylium’s partnership will upgrade the station so that it can fill liquid hydrogen tanks.

Hylium and H3 Dynamics technologies are currently being integrated to attempt a 3,300km crossing of the South Atlantic, in a program led by ISAE SUPAERO Toulouse, one of the world’s leading aerospace engineering schools. H3 Dynamics’ team developed a special fuselage design that can store a small LH2 tank and manage the thermal behavior of all the propulsion sub-systems.

LH2 technology will also be a next step in H3 Dynamics’ hydrogen-electric propulsor nacelles roadmap. A first twin engine cargo drone powered by these self-contained nacelles took off in Paris during summer 2022, using two compressed hydrogen tanks – one in each nacelle. The goal now will be to switch them out for liquid hydrogen tanks with a lighter construction and a higher fuel capacity.