AI (artificial intelligence) software may be installed on drones and UAVs (unmanned aerial vehicles) to allow the aircraft to analyze and act intelligently within its surroundings. Autonomy software grants drones the ability to learn and adapt to changes in the environment in ways that traditional non-AI computing is incapable of. 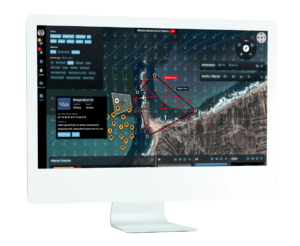 Drone AI software may be installed on embedded processing devices such as general-purpose graphics processing units (GPGPUs), central processing units (CPUs), application-specific integrated circuits (ASICs), and systems-on-a-chip (SoCs). Onboard AI processing systems can take up extra space and consume a large amount of power, and so this option may not be suitable for drones with smaller SWaP (size, weight and power) budgets.

AI processing can also be performed off-board by cloud computing services. While this can save onboard resources, it relies on low latency, high bandwidth and stable connectivity, which may not always be available. This method also introduced an extra level of data security risk.

Application of artificial intelligence in drones 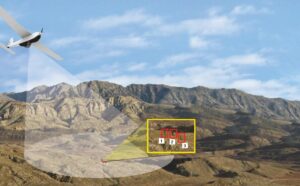 AI software for drones and UAV can be used in conjunction with machine learning and computer vision to take input from cameras and other sensors, process the data and identify, extract and classify features. This may be used by military drones for ISR (intelligence, surveillance and reconnaissance) applications such as force protection and the detection and tracking of targets of interest such as enemy aircraft or ground patrols. It may also be used for civilian applications such as inspection and fault-finding, precision agriculture, wildlife conservation and security.

AI is also a key component of enhanced drone detect-and-avoid (DAA) solutions, which allow the aircraft to detect various features such as buildings, trees, powerlines and water, as well as other aircraft operating in the same airspace. This ability provides enhanced safety compared to methods such as purely GPS-led navigation, and is a vital step towards enabling BVLOS (beyond visual line of sight) drone operations.