Multiple UAS were being controlled from the cloud-based Command and Control (C2) platform, while each of the aircraft was connected to SkyLine by multiple simultaneous links to multiple terrestrial radios uavionix-corporation News By Phoebe Grinter / 06 Oct 2022 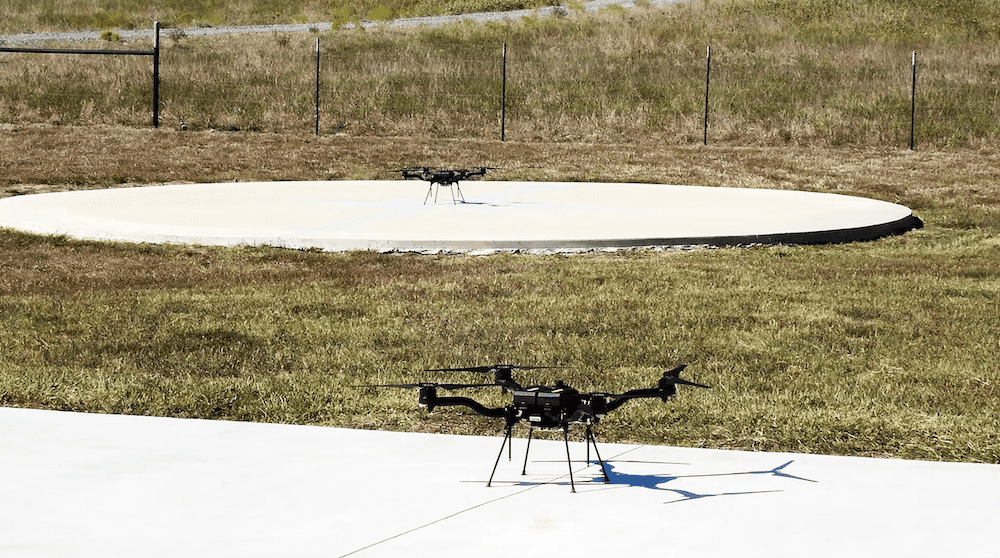 uAvionix has completed a complex demonstration of its SkyLine Command and Control (C2) management service in which multiple Unmanned Aerial Systems (UAS) were being controlled from the cloud-based C2 platform, while each of the aircraft was connected to SkyLine by multiple simultaneous links to multiple terrestrial radios.

The demonstration was conducted in coordination with the Chocktaw Nation of Oklahoma (CNO) UAS Test Center, a Federal Aviation Administration (FAA) Beyond lead participant.

The uAvionix solution of leveraging both path diversity and link diversity focuses on the prevention of lost link situations by enabling seamless and lossless switching between radio types.

Path diversity exists when the Radio Frequency (RF) information has more than one physical path to its destination. This can be achieved by more than one radio onboard the aircraft, or more than one radio on the ground. The demonstration involved the uAvionix microLink ISM radio on the aircraft, providing 2X2-Multiple Input, Multiple Output (MIMO) diversity, effectively two radios in one, with two separate antennas, each connected to multiple skyStation ISM radios on the ground, each of which itself is a 2X2-MIMO. Path diversity provides the best chance for any given link to reach its destination through more than one physical path.

Link diversity exists when different radios or frequencies exist. For this demonstration, in addition to the ISM frequency microLink/skyStation radios, the uAvionix muLTElink provided LTE connectivity by its own internal 2X2 LTE MIMO. Therefore, on the aircraft, both path diversity and link diversity exist because the data can reach its destination through different radios (and frequencies) as well as different physical pathways from antenna to antenna.

Combining both link diversity and path diversity creates a self-healing, deterministic, and low latency network resistant to interference or jamming due to the redundancy of pathways for the data to be transmitted and received.

Managing this complexity is the SkyLine C2 management platform, which provides the operators with real-time statistics of each radio link, and allows either automatic or manual ‘roaming’ from radio to radio, either in the air or on the ground.

“The Choctaw Nation of Oklahoma and the unique Emerging Aviation Technology Center (EATC) site with its vast diverse terrain are a perfect location to demonstrate the muLTElink and SkyLine capabilities,” said Marc Hartman, Manager of Aviation Operations with CNO. “With existing gaps in cellular coverage it provides a real-world environment to showcase the unique ability of muLTElink and SkyLine cloud service to provide seamless command and control of an aircraft in real-world environment”.

“The capability of presenting integrated radar and ADS-B data into a managed C2 solution ultimately utilizing uAvionix C-band radios is a major contributor to our planned Beyond Visual Line Of Sight (BVLOS) operations here at the Choctaw Nation,” added Hartman.

The SkyLine system is currently deployed as the C2 Service Provider in Vantis, the State-Wide North Dakota BVLOS network. SkyLine is also installed at the Oklahoma Emerging Aviation Technology Test Center, the New Mexico UAS Test Site, and the AIRmarket led Energy UTM trials in Canada. More commercial operators are expected to join the SkyLine Network in the very near future.