What are Ground Control Stations?

Ground Control Stations (GCS) are sets of ground-based hardware and software that allow UAV operators to communicate with and control a drone and its payloads, either by setting parameters for autonomous operation or by allowing direct control of the UAV.

GCS specific to a particular model of drone, designed to operate with multiple models manufactured by the same company, or universal – compatible with many UAV makes, models and payloads. Some GCS may also be configured to work with other unmanned systems such as unmanned surface vehicles (USVs) and unmanned ground vehicles (UGVs).

Elements of a typical UAV GCS

A drone ground control station will be based around a processing unit, which may be an off-the-shelf laptop with an Intel i5 or other common high-performance processor, or a bespoke system based on an embedded computing platform.

A wireless datalink subsystem will provide remote communication with the UAV. Telemetry data, commands, and sensor data such as video, images and measurements may all need to be transferred between the UAV and the GCS. Communication methods include analogue and digital radio and cellular communications, with operational ranges extending to the hundreds of kilometres.

The wireless datalink will communicate with a control module on the UAV that will adjust the rotors, throttle and/or flight surfaces (rudder, elevator, aileron) of the aircraft according to the UAV type (fixed-wing or rotary) and desired mission parameters.

The GCS will have one or more screens that may feature high-brightness or anti-glare construction for easier operation in bright daylight. The GCS GUI may display map screens, instrument overlays, camera payload feeds, flight parameters and a variety of other information.

Control systems built into the GCS may include joysticks for aircraft and/or payload, throttle controllers, as well as keyboard and mouse.

Portable UAV GCS are usually single or double screen units, and the dual-screen systems can often be set up so that two operators can work simultaneously – one pilot and one payload operator. The control system may be twin-stick, like common radio-controlled aircraft and small quadcopter controllers, or a HOTAS (Hands on Throttle and Stick) layout, which is an intuitive set-up originating from manned aviation that enables a high degree of flight control and versatility.

Portable GCS are often designed with some degree of modularity, with the ability to hot-swap lithium batteries, or interchange components such as analogue or digital radios, antennas, video receivers and even the embedded PC.

The largest ground control stations, designed for high-end military and commercial UAVs, are fixed-site installations housed within a container or designed as a “virtual cockpit” setup within a centre of operations. These may have multiple monitors and operator stations with layered video and sensor feeds for maximum situational awareness. 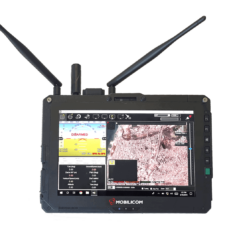 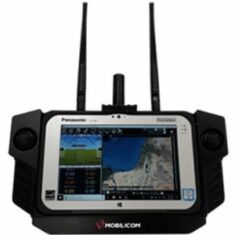 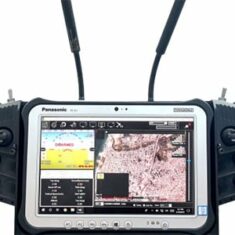 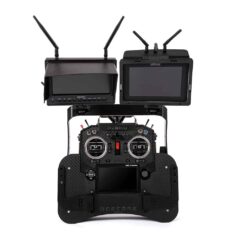 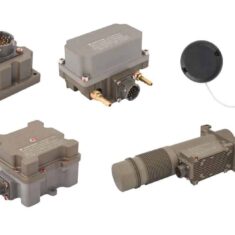 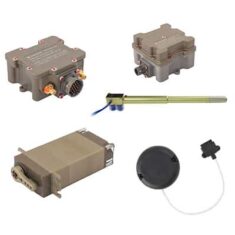 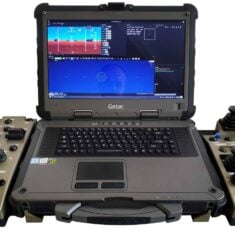