eVTOL (electric vertical takeoff and landing) aircraft are forms of flying vehicle that use electricity to drive motors and propellers and are able to take off and land vertically without a runway, as well as fly horizontally and hover. Within the context of drones, the term is often used specifically to describe unmanned versions of the piloted eVTOL aircraft that are developed for applications such as UAM (urban air mobility) and cargo delivery, but may also sometimes be used to describe any electric UAV (unmanned aerial vehicle) with VTOL capability.

eVTOL drones may utilize a variety of designs. These include standard multirotor arrangements, as well as hybrid designs such as tiltwings and tiltrotors in which the mechanism transforms after takeoff to provide forward flight.

eVTOL UAVs may be powered solely by batteries, or use alternate methods such as hydrogen fuel cells to generate electrical energy. As many eVTOL aircraft are larger than standard multirotor drones, they may be able to take advantage of solar panels built into the structure. Some platforms may also use a hybrid powertrain, using a gas turbine or internal combustion engine to provide additional propulsion or as a generator. 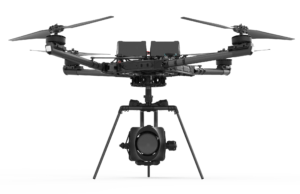 eVTOL aircraft provide a number of advantages over traditional helicopters. Due to the electric propulsion, they are quieter, and also produce fewer emissions, thus making them more environmentally-friendly. They use a larger number of smaller rotors rather than just one or two main rotors, providing more scope for redundancy and safe landing should a rotor fail.

Due to their larger size, eVTOL drones typically have a longer flight endurance and larger payload capacity than standard multirotors. This makes them ideal for applications such as air taxis, industrial delivery, medical evacuation, and humanitarian aid provision. 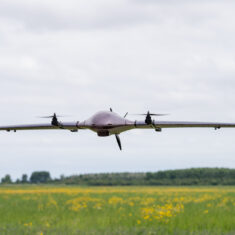 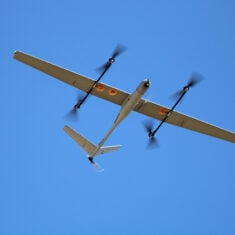 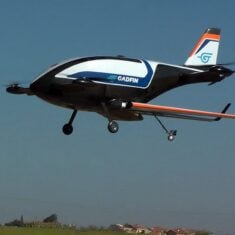 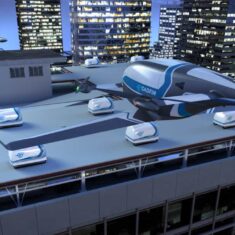 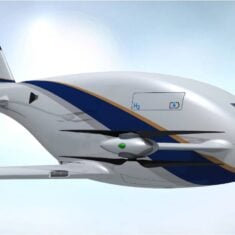 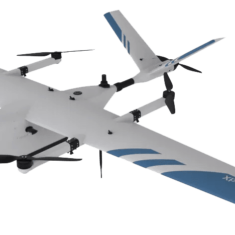 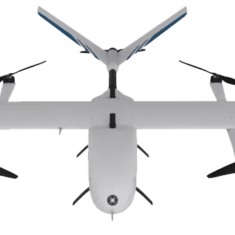 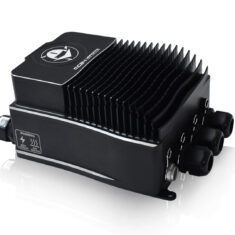 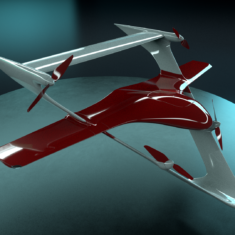 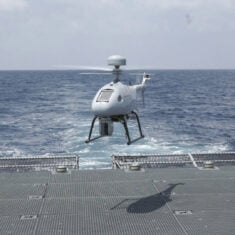