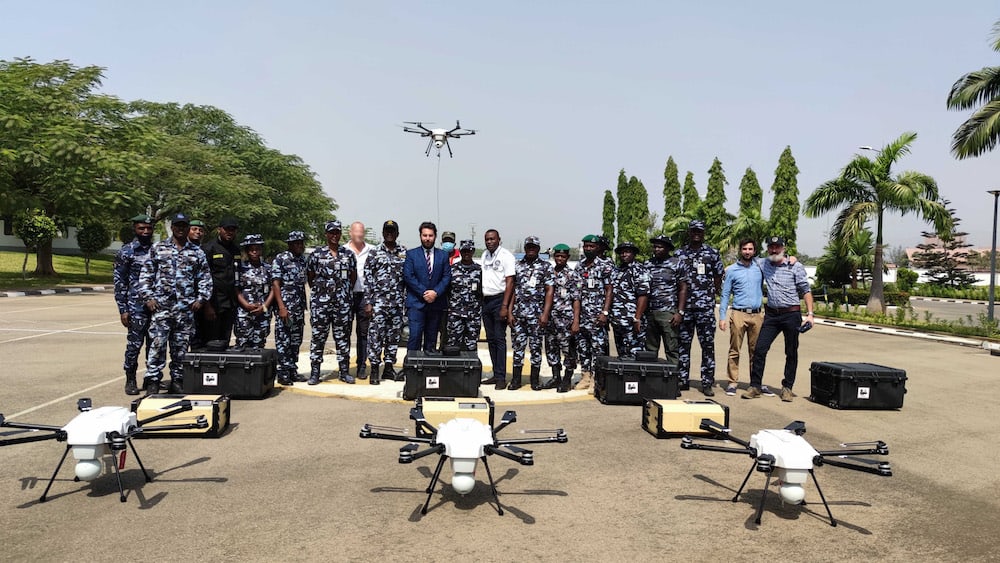 The Nigerian Police Forces have acquired a number of Orion tethered UAVs from Elistair in a bid to reinforce the country’s border security.

Following the delivery of the UAVs and the training of the police forces in Abuja at the beginning of 2022, the tethered drones are now deployed on a daily basis for homeland security, anti-crime and anti-terrorism missions.

Deployable in minutes and easily transportable, the Orion allows operators to quickly create a discreet checkpoint, over several hours, and with a minimal logistic footprint.

Thanks to the ability to discretely observe and detect threats over a radius of several kilometers during 24-hour flights using the Orion UAVs, the Police have reportedly successfully identified armed terrorist groups.

Elistair opened an office in Abidjan, Ivory Coast in April 2021 to increase its presence and proximity to its customers in West Africa.