The CAMCOPTER S-100 UAV is supporting the Romanian authorities in carrying out general coast guard functions including port security and responding to any search and rescue, accident and disaster calls schiebel-group News By Phoebe Grinter / 30 May 2022 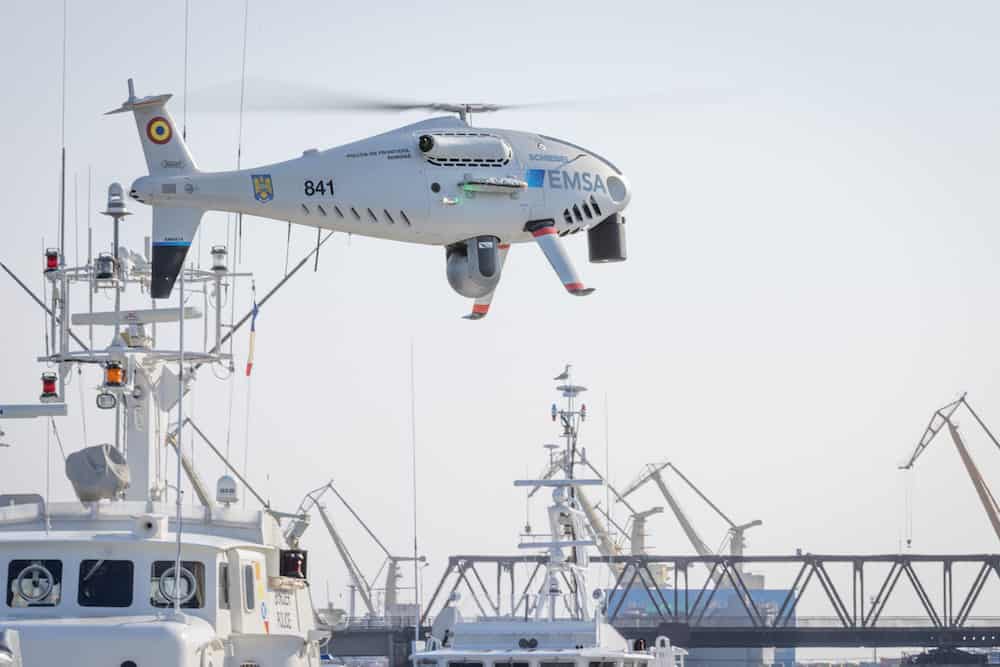 Stationed in Mangalia, the CAMCOPTER S-100 supports the Romanian authorities in carrying out general coast guard functions, conducting day-to-day monitoring and surveillance of all shipping, including port security, as well as responding to any search and rescue, accident and disaster calls. Romanian Border Police planned 50 missions during the first two months in Romania and the S-100 has flown more than 170 hours so far.

“The value of this service has been clearly demonstrated in our previous Romanian operations last year and we are proud to support the Romanian authorities once again,” said Hans Georg Schiebel, Chairman of the Schiebel Group. “Our EMSA operations have also been conducted in several other European countries, including Denmark, Finland, Estonia, Spain and France.”