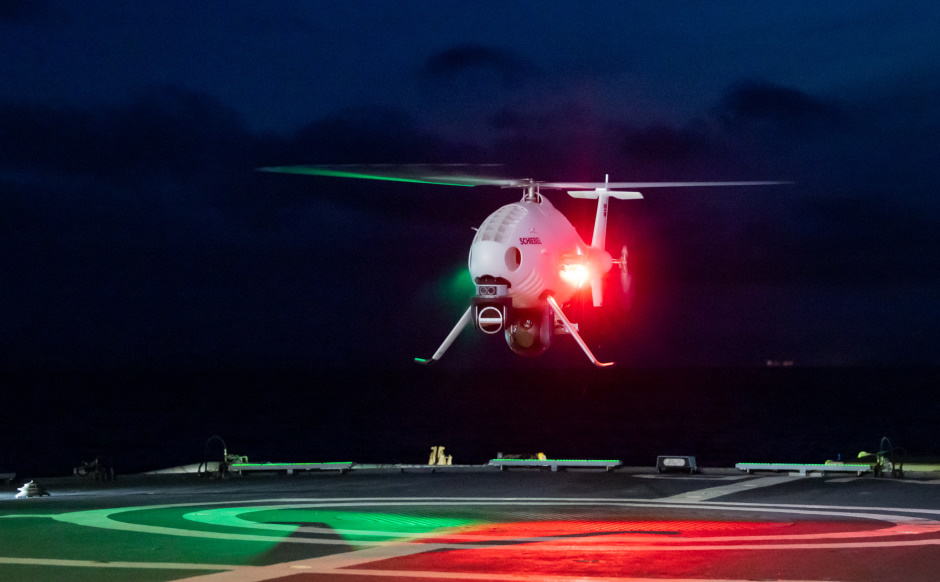 Schiebel has conducted a successful demonstration of its CAMCOPTER S-100 unmanned helicopter on board the coastguard vessel KV Nordkapp in Norwegian waters. The trials, performed in conjunction with Andøya Space Defence, focused on the Search and Rescue (SAR) and maritime surveillance capabilities of the UAS (unmanned aerial system) platform in the environmental conditions of the Arctic in latitudes above 75 degrees north.

The week-long trial was made possible through Arctic 2030, a Norwegian Ministry of Foreign Affairs programme that aims to sustain Norwegian interests in the far north. The aim was to demonstrate that UAS can be used as an ideal complement to manned helicopters, greatly enhancing SAR efforts in this remote part of the world. The CAMCOPTER S-100 proved that it can operate in adverse weather conditions, where manned helicopters can face higher risk.

The UAS was equipped with a Trakka TC-300 EO/IR sensor, an Overwatch Imaging PT-8N Oceanwatch, a Radionor antenna used as an additional data link for video feed transmission, and an Automatic Identification System (AIS) receiver.

Hans Georg Schiebel, Chairman of the Schiebel Group, commented: “The CAMCOPTER S-100 is perfect for maritime operations, including in the Arctic or Antarctic. It has proven several times that it can operate in temperatures down to -40 degrees Celsius and under harsh weather conditions. We’re proud to have been able to successfully demonstrate these remarkable capabilities to the Norwegian Coastguard and Navy.”