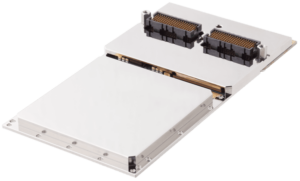 EIZO Rugged Solutions has been recognized by the 2021 Military & Aerospace Electronics Innovators Awards as a Platinum honoree for its Condor NVP2102AxX rugged graphics and video capture card. The awards are overseen by an experienced panel of judges from the aerospace and defense community.