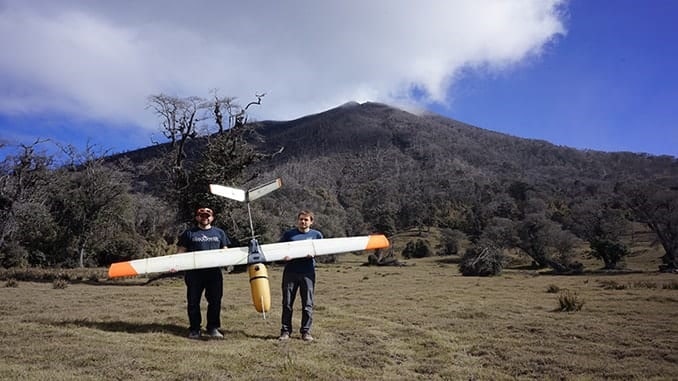 Black Swift Technologies (BST) has been awarded a contract by the National Oceanic and Atmospheric Administration (NOAA) to develop a commercially viable technology that will enable GPS-denied navigation for unmanned aerial systems (UAS) operating beyond visual line of sight (BVLOS).

The technology will be used on drones being operated as part of NOAA’s National Geodetic Survey, which performs mapping of nearly 95,000 miles of domestic coastline. Current FAA regulations state that UAS operators must fly their aircraft within visual line of sight, making coastline surveys time-consuming and inefficient as only two miles at a time can be mapped before the operator has to relocate to a new area. Successful development of this enhanced navigation technology will help gain certification for BVLOS flights.

Safe drone operations rely on accurate aircraft position information. Relying only on GPS can be problematic as it is vulnerable to jamming and spoofing as well as poor signal quality in locations such as urban canyons, at high latitudes or high altitudes. BST aims to develop a robust secondary navigation option using their diverse-source global positioning system (DS-GPS) technology, which will provide accurate position updates to the aircraft in GPS-denied areas through augmented sensor suites and advanced machine learning capabilities. The system will rely on careful weighted fusion of advanced machine vision algorithms with the localization of the vehicle using triangulated signals of opportunity.

DS-GPS utilizes a standard GPS receiver augmented with additional sensors that estimate inertial velocity and absolute position. This information allows the aircraft to determine when the GPS signal is degraded either through spoofing or environmental effects. Other sensors, including cameras and a software-defined-radio, can then be used to replace the GPS as the primary navigational sensor providing position and velocity estimates from diverse sources.

Jack Elston, Ph.D., CEO of Black Swift Technologies, commented: “Enabling BVLOS operations in the National Airspace System is largely an issue of improved sensing. Operators, both government and commercial, are looking to perform missions over longer distances. These users represent a number of currently under-utilized applications for UAS due to capability and regulations—applications such as aerial imaging, environmental observation, precision agriculture, and infrastructure monitoring and inspection.”

“Black Swift Technologies has worked with NOAA in particular in the past to supply systems that can be used for both coastline work and atmospheric science The work in this SBIR is a natural extension of the machine learning based techniques BST has been developing for unmanned aircraft. One of the key technologies of this work is to use machine vision (both optical flow and SLAM) to allow continued safe flight of UAS in the event of loss of GPS. Work associated with coastline inspection and mapping would greatly benefit from BVLOS operations since this would significantly reduce the amount of time an operator has to spend in the field.”