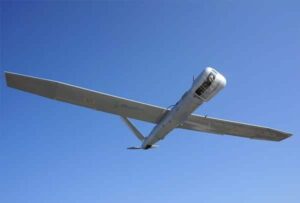 BlueBird Aero Systems – a leader in the design, development and production of Micro, Mini and Small tactical UAS and peripheral equipment – announced winning a tender for the supply of SpyLite mini-UAV systems, for the Chilean Army, surpassing competing systems in both performance and price levels. The company will display the SpyLite Mini-UAS – as well as the MicroB Micro-UAS, a Unified Ground Control System (UGCS), and a Remote Video Terminal (RVT) – at LAAD 2013, April 9-12, Rio de Janeiro Brazil, Israel Pavilion, at Booth # J33a.

SpyLite is a mature, advanced, combat-proven, extended performance electric Mini-UAS, optimized to provide covert, “over-the-hill” or extended range real-time visual intelligence. SpyLite is unique in its ability to fly even in strong winds and on cloudy or rainy days, assuring high operational availability for over 4 hours and a communication range of over 50km. The SpyLite system can be configured to back-packed, vehicle-mounted or HQ stationary configurations.

Fully autonomous, from its point of launch to its accurate parachute and airbag recovery, the system delivers autonomous ease of use and high reliability, providing a very versatile and stable ISR platform. Combining a stabilized CCD and IR payload with proprietary ground exploitation software – the SpyLite allows for GPS-marked imagery to be relayed in real time to the ground station. This capability delivers enhanced situational awareness, contributing substantially to the success of the mission.

The SpyLite system has accumulated thousands of operational flight hours in the service of several international customers, and has been in operational use by the Israeli MOD since 2006.

The MicroB-UAS is a mature, operational, advanced Micro-UAS. Weighing approximately 1Kg, it creates a new niche in the UAS arena providing unprecedented Mini-UAV capabilities in a Micro-UAV form factor, while maintaining its very competitive and affordable price. The MicroB is designed for full autonomous operation, unmatched ease-of-use, and high maintainability. Equipped with a proprietary gimbaled and stabilized EO or IR payloads, the MicroB can be autonomously launched from its hand-held launcher within seconds – even in a crowded urban environment, providing high quality video and images, with GIS information and automatic target tracking. The MicroB has been delivered to a number of customers around the world.

Bluebird’s UAV systems are operated from a Unified Ground Control Station (UGCS), which was designed for time-critical, intelligent UAV operation missions, and was successfully tested in a combat environment. All of Bluebird’s UAVs share the same datalinks and command and control protocols, enabling them to be controlled by the same UGCS.

The company’s Remote Video Terminal (RVT) is a highly portable, rugged video terminal that provides front line forces with the capability to display real time video imagery and flight telemetry received directly from the UAV – for improved situational awareness and targeting. With the RVT, field commanders can exploit intelligence in real time, without being burdened with tasks of deployment, launch, flight control, and recovery – all of which are handled from the GCS location.

According to Ronen Nadir, CEO of BlueBird Aero systems, “We are very pleased to have won the tender in Chile, with SpyLite having surpassed the competing systems in both performance and price levels. The SpyLite system is the result of a significant investment in research and development, designed to bring to the market a cost-effective, reliable, high performance product that successfully handles the missions associated with the modern battlefield, the HLS requirements, as well as with the commercial market. We believe that follow-up orders will be added to this first order.” He continued, “We will present a range of solutions in the areas of micro, mini and SmallUAS at the upcoming LAAD 2013 exhibition, and invite everyone who wants to unleash the true power of UAVs to visit our booth and learn more about our advantages and capabilities.”