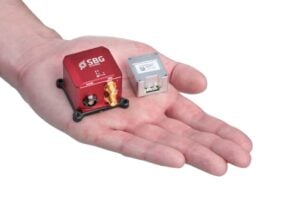 The lightweight and robust sensors are ideal for unmanned systems such as UAVs (unmanned aerial vehicles) and UGVs (unmanned ground vehicles), with the choice of a rugged aluminium enclosure, or board-level units weighing just 17 grams for OEMs and system integrators. The low SWaP (size, weight and power) footprints of the new sensors mean that space and carrying capacity are saved, translating into longer mission times and further distances travelled.

The Ellipse-D is particularly suited for drone applications, with its dual-frequency RTK GNSS receiver providing robust and almost instant heading for quick takeoff. It features excellent attitude (0.05°) and heading (0.2°) performance, and is immune to magnetic disturbances. The Ellipse-D is quad-constellation, allowing it to simultaneously track satellites from GPS, GLONASS, BeiDou, and Galileo for increased signal availability under challenging navigation conditions.

The Ellipse Series of inertial sensors has been designed with high quality industrial-grade components, extensively tested and calibrated under dynamic conditions and a wide range of temperatures for consistent and repeatable behaviour. Integration is quick and easy with ROS and PX4 drivers, and a full API.

Watch a video on the new generation of Ellipse inertial sensors below: