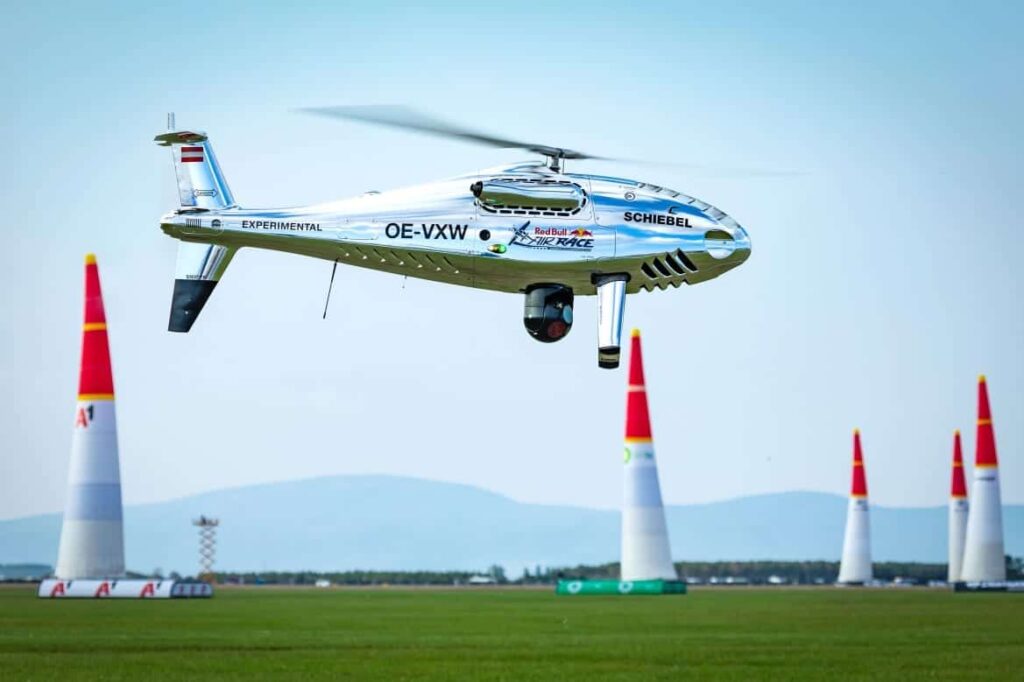 Schiebel has announced that it performed a flight display of its CAMCOPTER S-100 Unmanned Air Systems (UAS) to entertain an international audience at the prestigious Red Bull Air Race in Wiener Neustadt, Austria.

The Red Bull Air Race returned to its Austrian roots for the sixth race of the season and teamed up with Schiebel in Wiener Neustadt, a city with rich aeronautical history and home to the CAMCOPTER S-100 production facility. As a well-known developer of Vertical Take-Off and Landing (VTOL) UAS, Schiebel was an ideal sponsor and partner for the globally renowned Red Bull Air Race World Championship.

“The history of our company is strongly connected to the location of Wiener Neustadt and we are excited to be partnered with Red Bull Air Race 2018,” said Hannes Hecher, CEO of Schiebel. “This presents a wonderful opportunitiy to bring together unmanned and manned aviation and give the audience a taste of the expertise and vision represented by the two sectors.”

The CAMCOPTER S-100 had two starting slots per race day. In addition to the flight display, it also provided the audience with an aerial overview of the venue, which was simultaneously broadcasted on big screens. A wide range of side acts rounded off the entertainment program.

Watch a video of the flight display below: