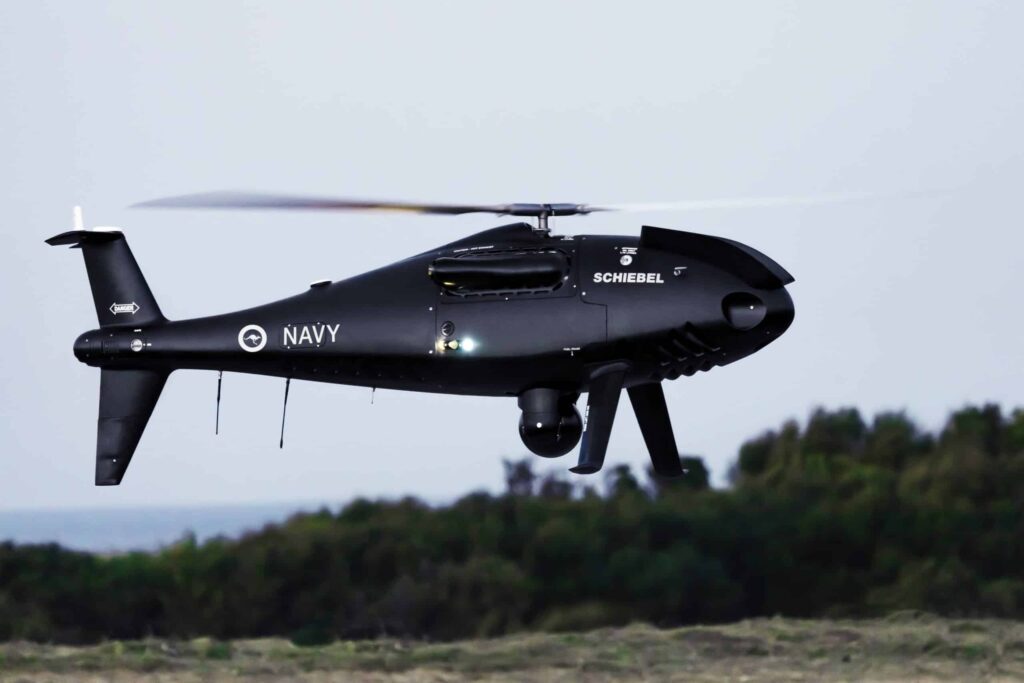 Schiebel has successfully demonstrated the heavy fuel variant of its CAMCOPTER® S-100 Unmanned Air System (UAS) as part of its customer acceptance program with the Royal Australian Navy (RAN).

In a comprehensive series of tests, the JP-5 (NATO F-44) heavy fuel powered CAMCOPTER® S-100, equipped with a Wescam MX-10S payload and at operational ranges of up to 60 nautical miles as well as altitudes above 10 000 feet, presented its ability to deliver world-class imagery to commanders.

As the RAN Contract Manager Kevin Beare noted, “The heavy fuel variant of the S-100 has performed very well during the validation and verification program and the RAN looks forward to utilising this platform to achieve NMP1942 project objectives over the coming years.”

“The S-100 will prove to be an effective asset in enhancing the Navy’s ISR capabilities,” said Hans Georg Schiebel, Chairman of the Schiebel Group. “We are excited about the positive feedback we are receiving from RAN and are looking forward to continued cooperation in the future.”