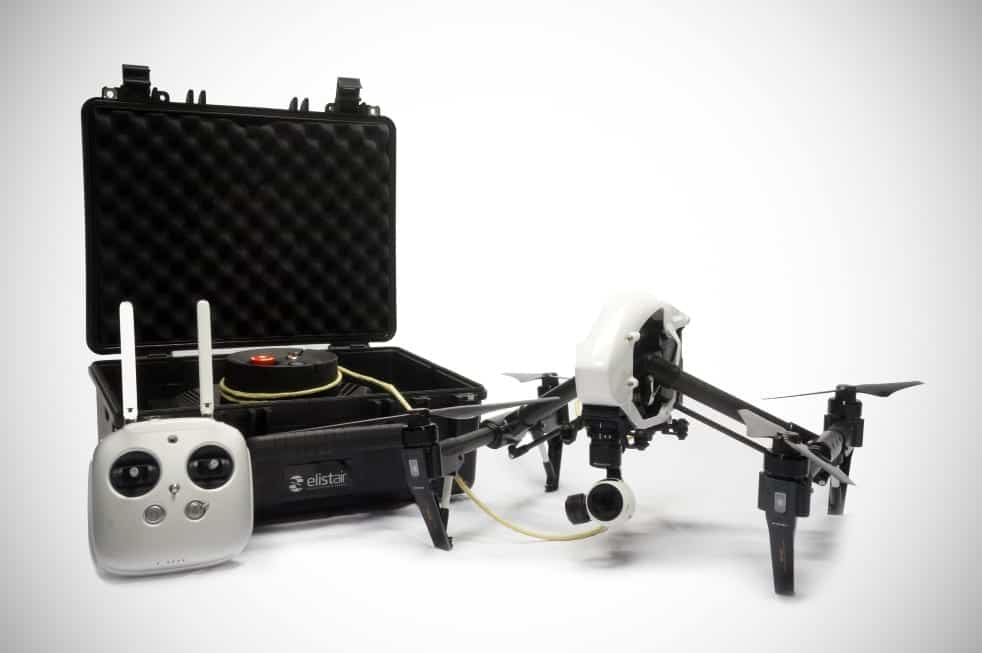 Elistair has announced the launch of the Ligh-T 2, the company’s new advanced edition of the Ligh-T tethered drone station, at the AUVSI XPONENTIAL 2017 trade show in Dallas, Texas.

Expanding Elistair’s line of tethered stations for drones and building on the success of the Ligh-T and Safe-T products, the Ligh-T 2 features improved capabilities, including waterproofing, a 60 Mbs secured datalink and a new compatibility with the DJI Inspire 1. The new station comes with an integrated mobile application, T-Monitor, for live telemetry and monitoring.

With the release of the Ligh-T 2 and the addition of DJI Inspire 1to its extensive range of compatible drones, Elistair hopes to speed up the adoption of tethered drones for commercial applications by making unlimited flight time and safer flights accessible to many drone users.

Ligh-T 2 is comprised of a 50-meter-long, Kevlar-reinforced micro-wire, weighing only 600 grams (21 oz.) with a maximum power of 1500W, along with a compact air module, a safety battery system, and a waterproof groundstation.