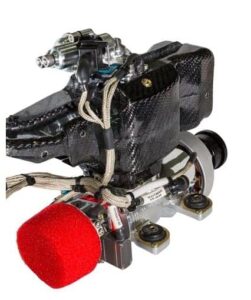 Volz Servos, a provider of electromechanical actuators, has announced that it has been selected by specialized engine manufacturer Orbital to supply its DA 15-T throttle servo for the new Orbital/Insitu N20 engine for the ScanEagle unmanned aerial vehicle (UAV).

The Volz DA 15-T throttle servo utilizes a brushless motor and contactless position sensor for demanding “on-engine” throttle actuator installations. The larger DA 20-T throttle servo has been utilized for several years by UAV engine manufacturers because of its performance and reliability. The DA 15-T was recently developed for SUAS engine applications that require a smaller/lighter solution. The DA 15-T has been validated by Orbital on the ScanEagle engine application and completed FAR 33.49 engine durability testing as well as hot/cold/EMI/EMC performance and flight testing. Volz has also validated this servo internally by bench testing for over 4,000hrs and achieving over 7 million load cycles without failure.

Phillipp Volz, CEO of Volz Servos stated, “We have been a supplier to Orbital for several years and are glad we were able to supply our new DA 15-T throttle servo to meet the demanding reliability requirements of the new N20 ScanEagle engine.” Phillipp went on to say, “We are excited about supplying initial production volume for this new advanced UAV engine program.”

Mark Juhrig, CTO of Volz Servos said, “We did some customization of this servo to meet Orbital’s interface requirements. Each servo is 100% tested including HASS (highly accelerated stress screening) and a detailed data package is supplied with each production servo.”