Schiebel Elektronische Geraete GmbH has reported that their CAMCOPTER® S-100 Unmanned Air System (UAS) has demonstrated its capabilities to the South African Navy. The successful shipboard trials were conducted from 20 to 23 October 2015 at False Bay, Western Cape, South Africa. 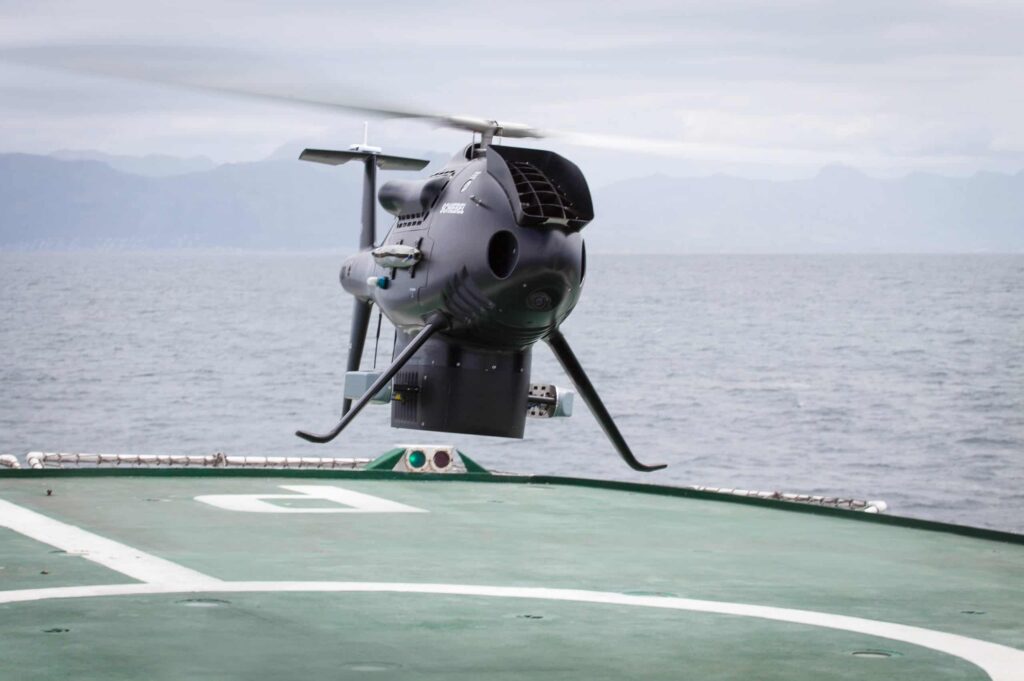 The maritime environment holds unique demands for situational awareness and timely communications. The CAMCOPTER® S-100 is a much needed asset for such requirements, specifically with its ability to persistently extend the “electronic eyes and ears” of maritime commanders to operational ranges well beyond those of the sensors on board. The South African Navy as well as a number of delegates from other South African governmental authorities watched a demonstration of these capabilities near the Naval Base Simon’s Town.

The S-100 conducted all flights from the deck of the SAS Protea, a Hecla class deepocean hydrographic survey vessel of the South African Navy. Turbulent head and crosswinds beyond 25 knots, limited deck size as well as lack of NATO landing grid represented exceptional challenges during the trials. The unmanned helicopter effortlessly conducted automatic takeoffs and landings and all other required maneuvers, thanks to its integrated GPS-independent positioning system, enabling pinpoint precision at a high dynamic range.

During the trials the payload of choice was the Selex ES SAGE Electronic Support Measure (ESM) system, rendering the CAMCOPTER® S-100 capable of detecting, identifying and geo-locating radio frequency sources while it routinely operates out to ranges of 200 km or remains on-station for periods of more than 6 hours. This system provides the perfect support for maritime surveillance.