In this case study, YellowScan explains how it was involved in a project to evaluate the use of LiDAR and drone technology to help with avalanche risk monitoring in Norway.

The Norwegian Public Roads administration Statens vegvesen and the Norwegian University of Science and Technology (NTNU) organized a proof-of-concept event in October of 2021 to bring together various government agencies to evaluate use of the latest LiDAR and drone technology to help with avalanche risk monitoring. They’d chosen the areas surrounding the iconic road called Trollstigen, Norway, as this has both steep mountains and snow coverage year around on the mountain. YellowScan Partner’s Scandinavian Drone and Orbiton, along with support from the YellowScan Support Team answered the call to participate in this event.

What is the Challenge?

The objective of this event was three-fold. First was to identify and show the capabilities of using drone/LiDAR combination in order to map avalanche risks on roads in this real world setting of the mountains. Second was to gather data/point cloud maps of the test areas in order to compare to existing datasets taken using traditional airborne surveying methods at a different time. Lastly, they wanted to create a general benchmark of LiDAR technology available for drones.

The event was divided into 3 different missions flown over 2 days. Site A was designed to be the easiest to fly and will allow vendors to collect LiDAR data in ideal circumstances. Site B was designed to replicate the collection of LiDAR data in realistic operational conditions in steep, mountainous terrain above a roadway. Lastly, site C was designed to be a challenging site, with snow, to replicate a situation where the NPRA needs to collect information from a rugged site a considerable distance above a roadway. 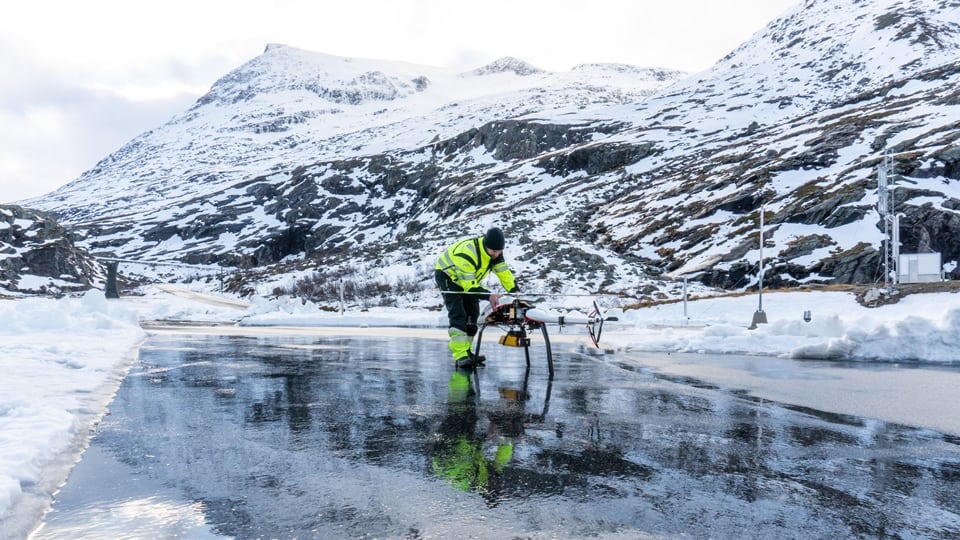 The team flew a VelosV3 drone helicopter that had been customized and ‘Norwegianized’ by Orbiton in order to withstand the challenging Norwegian weather conditions. They mounted the YellowScan Vx20-300 integrating a Riegl miniVUX 3 with an APX20 from Applanix, one of the most accurate fully integrated LiDAR solutions YellowScan offers.

Flying through +20m/s wind gusts in order to map +600m of cliff vertical mapping was challenging to say the least. After completing the missions, they used the YellowScan CloudStation software solution. CloudStation allows you to extract, process and display point cloud data immediately after the acquisition flight. The auto-generation of strips and the production of LAS files can be easily done in a few clicks. 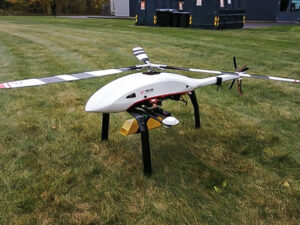 Given the nature of the event all 3 missions had different parameters, here is each set for sites A, B and C. 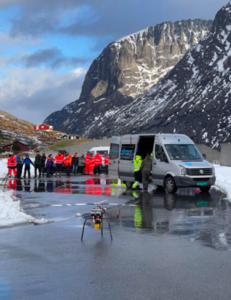 Since the other participants choose to opt for the easier C1 area or not fly at all, the only hope for collecting data on C2 was left was to our team. After careful mission planning and assessing the conditions, a window opened up during the late afternoon of the last day. The Velos e-copter was sent on a long climb to reach the actual area of interest which was a snow field located approximately 2km horizontal and 700m vertical distance from the take-off point. You could feel the excitement of the crowd as the drone kept climbing and finally reached the C2 area and started collecting data in the area of interest.

It was clear that the environment was harsh as you could tell how the wind kept blowing snow over the top of the mountain ridge above the glacier. Mid flight, due to the poor weather conditions, the mission was aborted due to excessive turbulence and forced to return to launch point. Never the less, the team was able to process usable strips for site C2. Upon landing, the onlooking crowd from NPRA, NTNU and others cheered loudly to celebrate the flight and thank the Orbiton team for their effort and skillful flight.

The Norwegian Public Roads administration and the Norwegian University of Science and Technology where happy with the event because it gave them a good a chance to see both drone and LiDAR solutions in the field, in a variety of conditions. Our team proved they can meet the challenge of flying missions to support the ongoing effort to make avalanche risk detection more predictable and less reactionary as it has been in the past.

The Scandinavian Drone/Orbiton/YellowScan team was the only vendor to collect high quality data from the most challenging areas (B and C2) where the other participants did not attempt the flights. 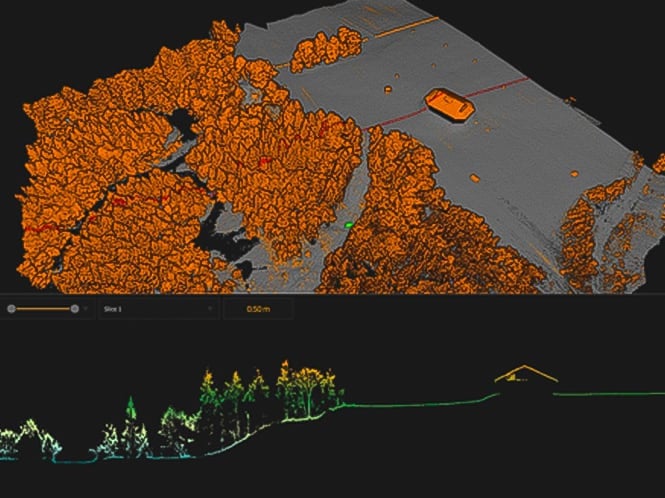 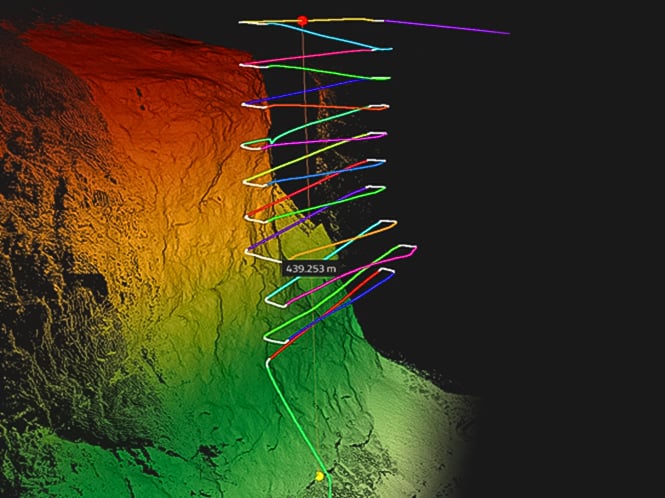