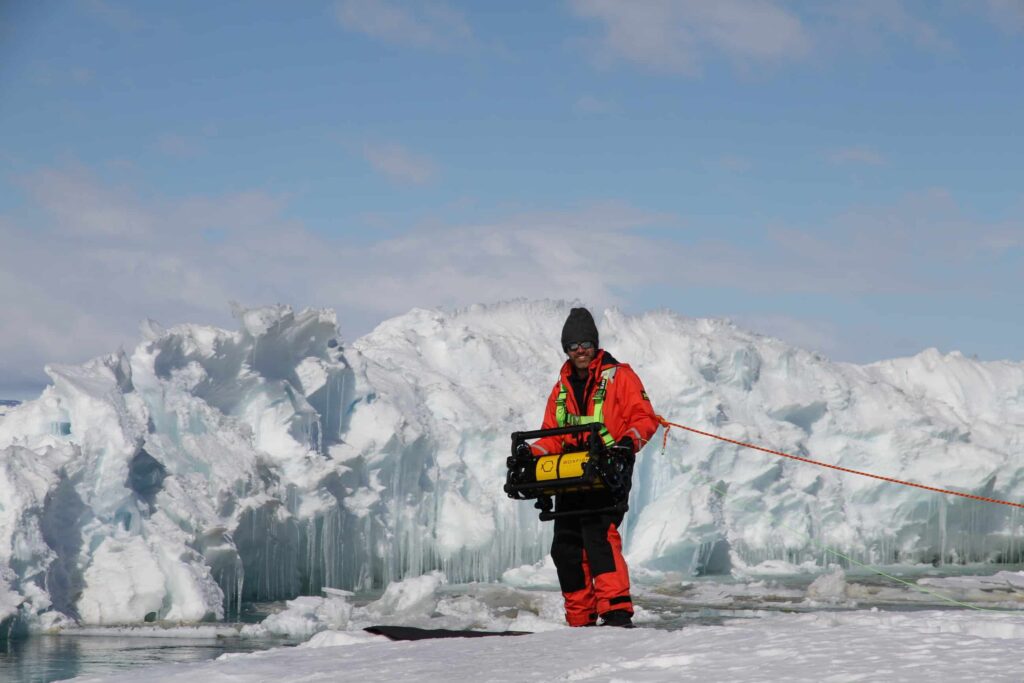 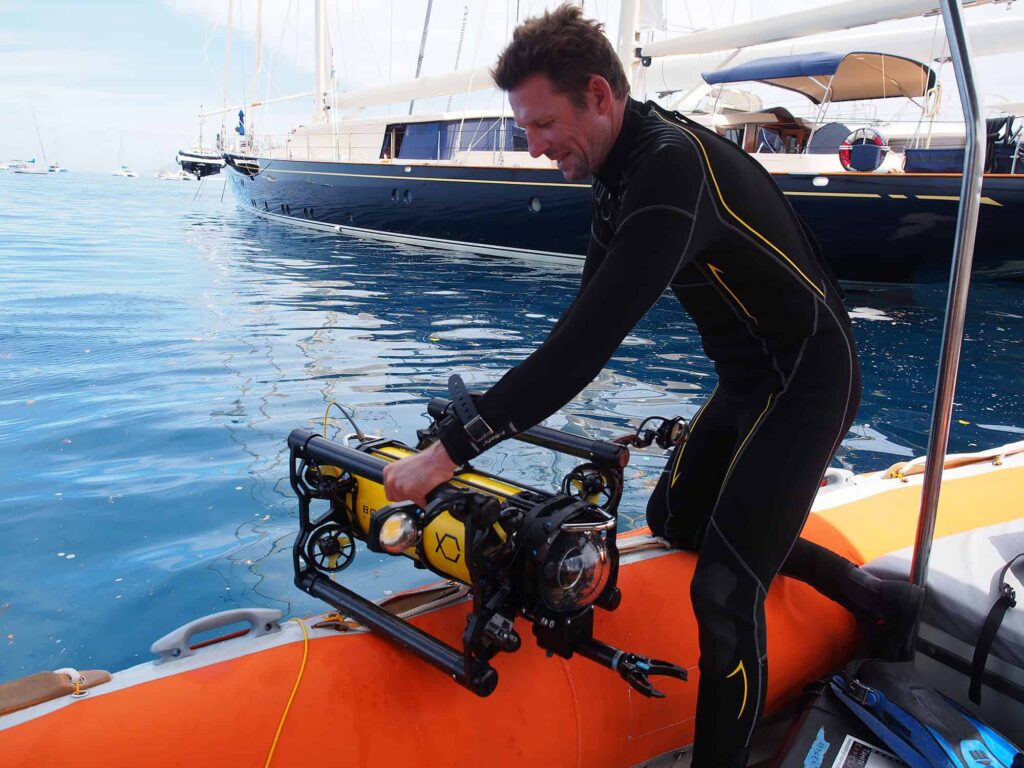 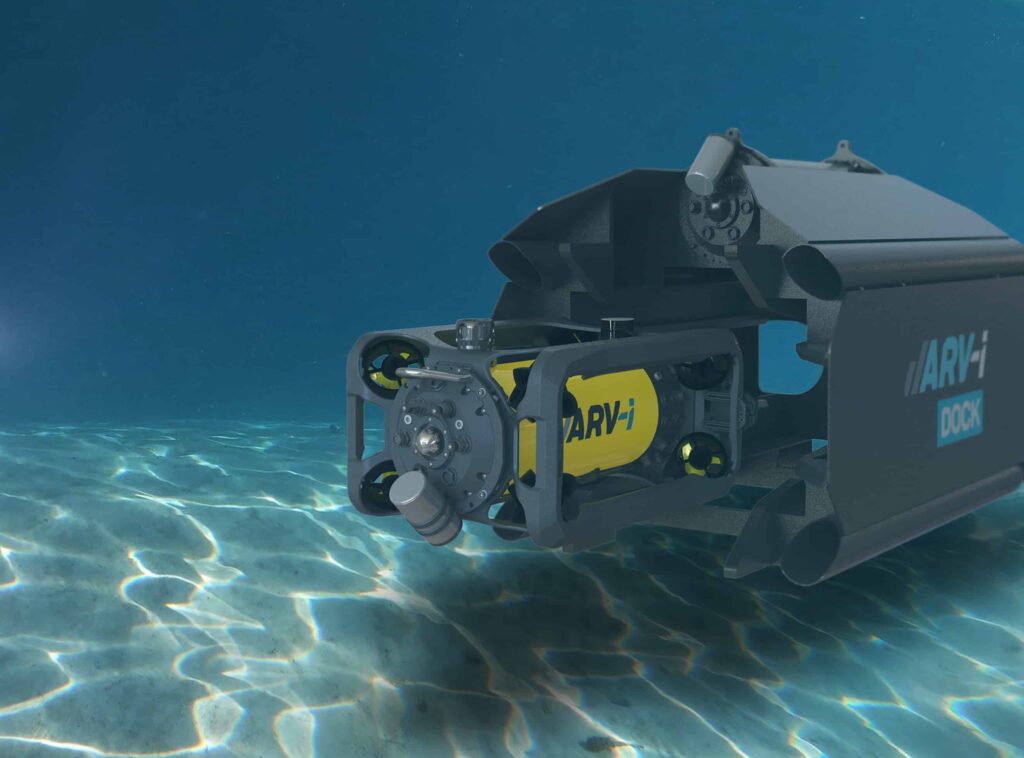 Designed in collaboration with Transmark Subsea, the ARV-i is a resident AUV developed specifically for the persistent monitoring of underwater assets. With the ability to stay underwater for up to 12 months at a time, it is ideal for offshore energy installations, oil and gas platforms, wind farms, aquaculture and fisheries.

Designed for fully autonomous operation, the vehicle uses a combination of pre-programmed information and AI capabilities to locate and observe underwater assets. It can automatically return to its docking station when required for wireless battery charging and transfer of collected data.

The Boxfish Luna is an advanced video ROV for professional cinematographers, delivering 8K video and 50MP image capture at depths of up to 1000 metres.

With a choice of Sony A7SIII or Sony α1 cameras, and a new 200mm precision optical dome, the Boxfish Luna allows filmmakers to easily capture underwater environments with unparalleled detail and clarity. 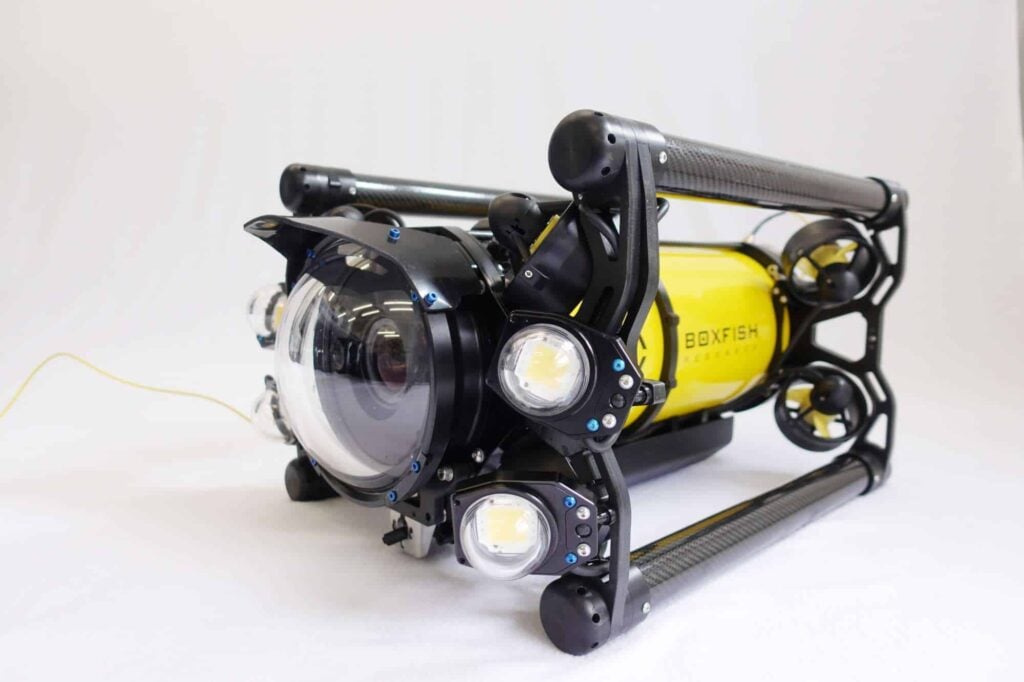 Eight 3D-vectored thrusters and six degrees of freedom allow the ROV to orient itself in any direction. Fine control, active stabilisation and ultra-precise movements let the operator achieve steady shots with ease.

The 4K UHD 17-inch Boxfish Console provides convenient video monitoring and communications from the surface. Users have full control of vehicle positioning and camera parameters such as exposure, white balance, zoom and lighting.

The Boxfish Luna can be easily set up and deployed by a two-person crew in just minutes. The subsea ROV can hover 15 hours per battery charge, with actual run time dependent on operational conditions, and can be charged in the field with an optional power pack or via a boat power socket.

The Boxfish ROV is an advanced video ROV system that delivers sharp, uncompressed, near-zero latency 4K video. Weighing just 23 kg, it can be easily setup and launched within minutes by a crew of two, and is able to operate at depths of up to 500m as standard, with options for 1000m and beyond.

Eight 3D-vectored thrusters provide six degrees of freedom of movement, allowing the underwater robotic vehicle to travel and orientate itself in any direction and operate even in tight spaces and strong currents. 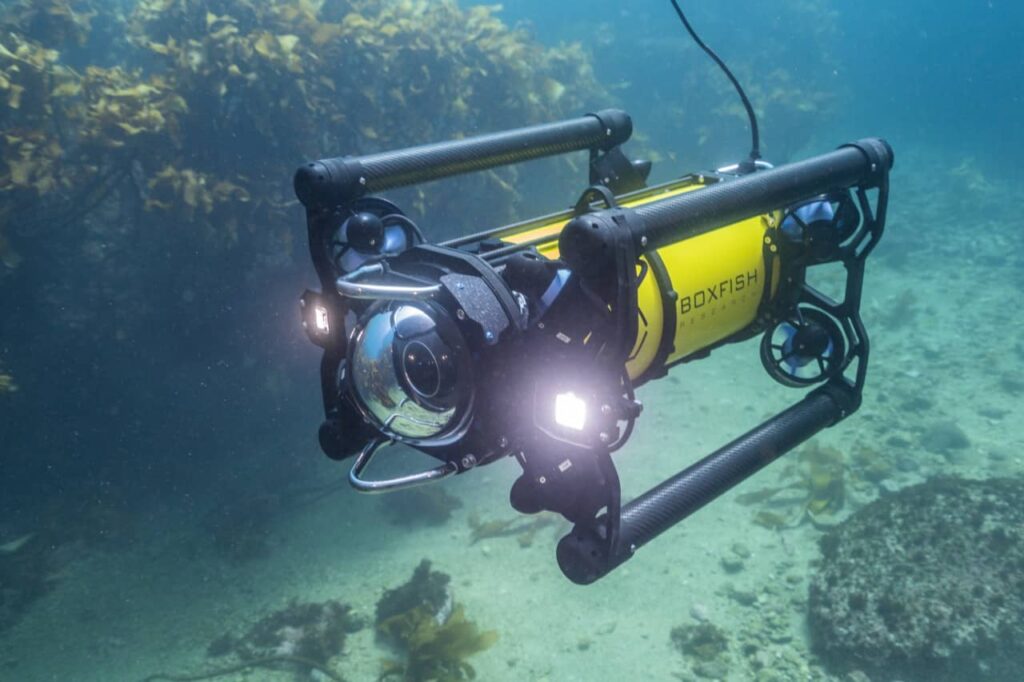 The control station includes a 17 inch 4K monitor for crisp image and video viewing, as well as a 10 inch screen that displays footage from the ultra-wide angle cameras. 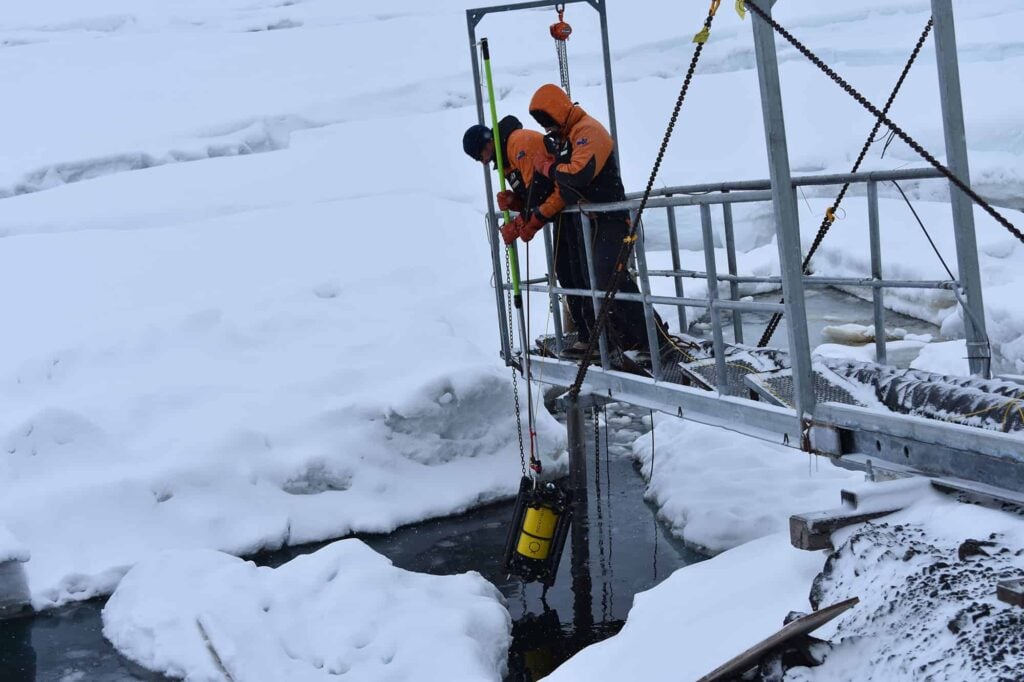 The Boxfish ROV can operate for up to 14 hours on a single charge, and sealed quick-access ports allow it to be charged easily in the field. In case of unexpected difficulties, the subsea ROV’s fault-tolerant design allows it to continue to operate even with several fouled thrusters. If communication is lost, the underwater robotic system will automatically return to the surface under its own power. 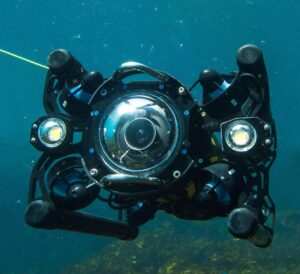 The Boxfish ROV has been engineered for high-resolution 3D underwater photogrammetry, with an uncompressed 4K video stream, six degrees of freedom movement and actively stabilised platform.

Underwater assets are quickly and easily captured from all angles with optimal lighting to ensure complete and accurate models. High resolution crisp and clear images result in the highest quality 3D photogrammetry products. 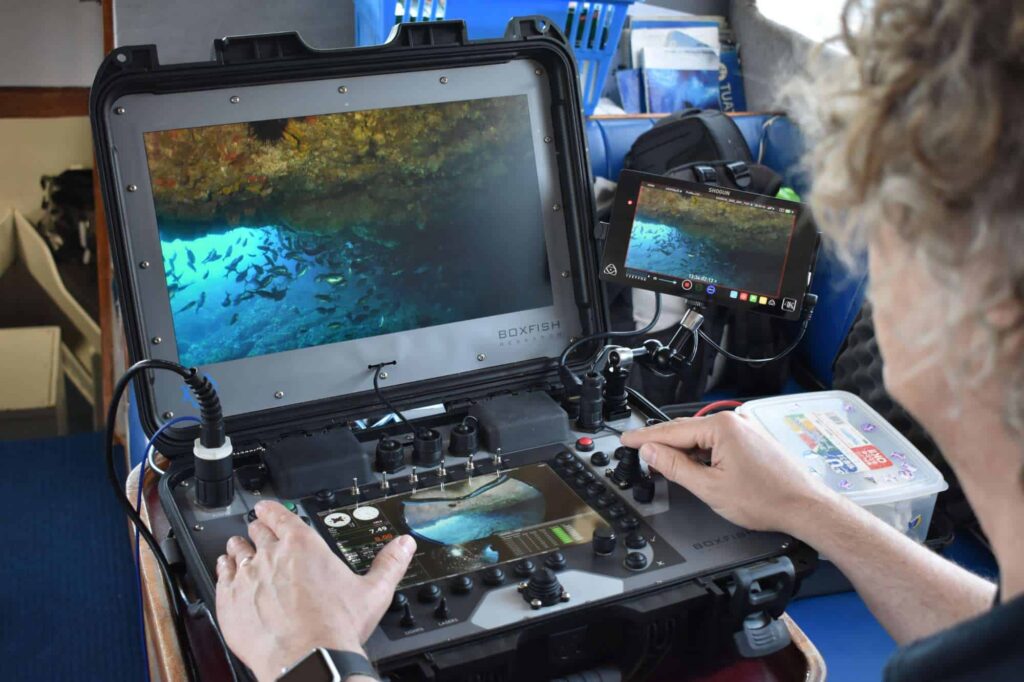 The Boxfish ROV can be enhanced with an optional navigation package that includes a USBL (ultrashort baseline) positioning system for position tracking and control. A USBL transponder is mounted or suspended from the mother vessel, wirelessly communicating via high-frequency sound waves with a beacon installed on the ROV.

For real-time position monitoring, an included GPS module can be attached to the USBL system on the vessel. Positioning software combines the data from the USBL transponder and the GPS module to calculate and display the absolute global position of the ROV on the Boxfish Control Station or on a separate laptop. 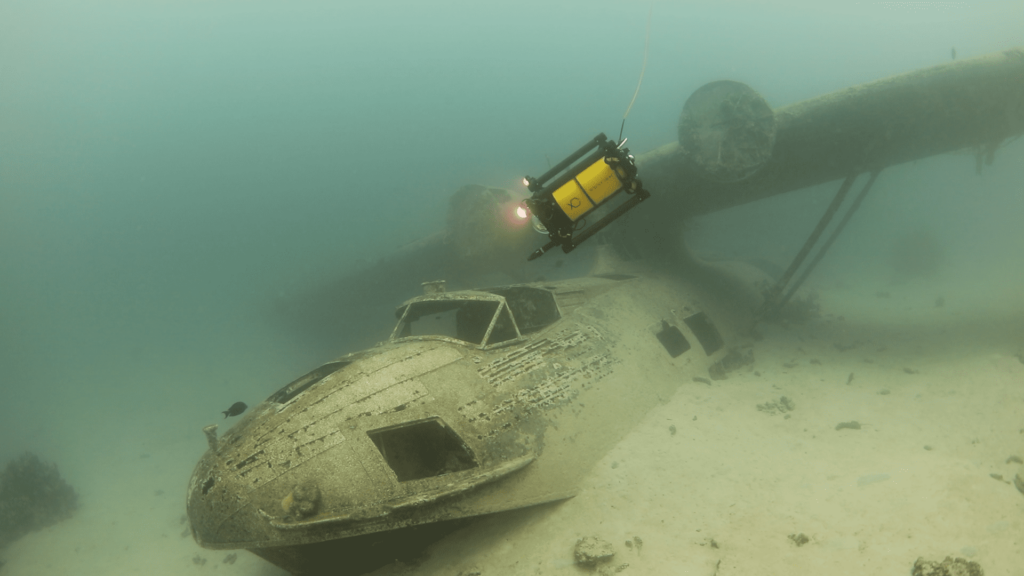 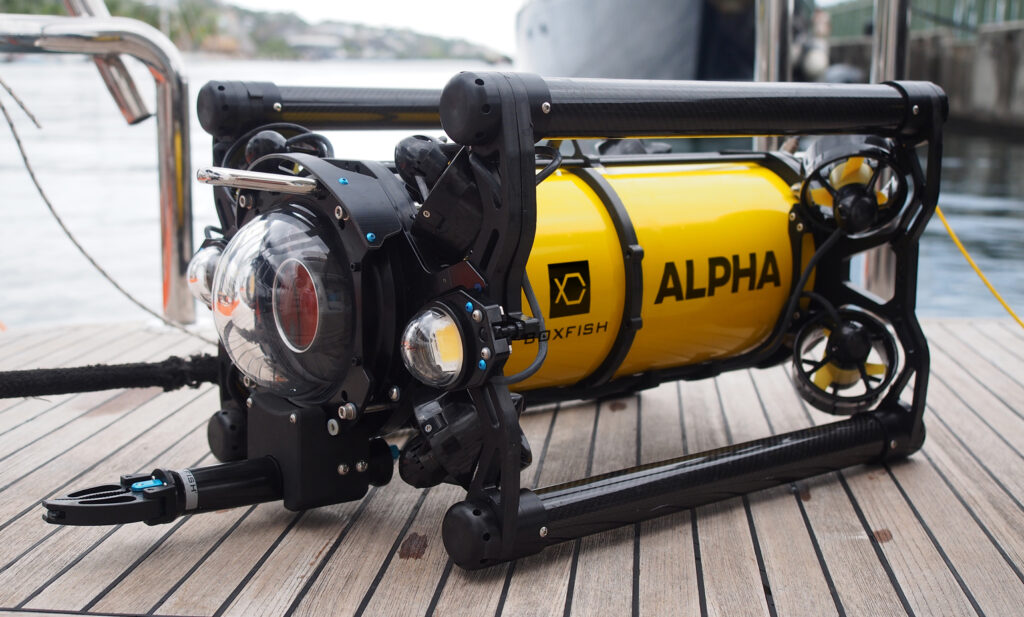 The Boxfish Alpha is a next-generation underwater ROV designed for inspection, observation and light intervention work. Based on the design of our proven 1000m Boxfish ROV, Alpha includes eight thrusters for six degrees of freedom of movement, allowing it to travel and orient itself in any direction and navigate under highly challenging conditions. 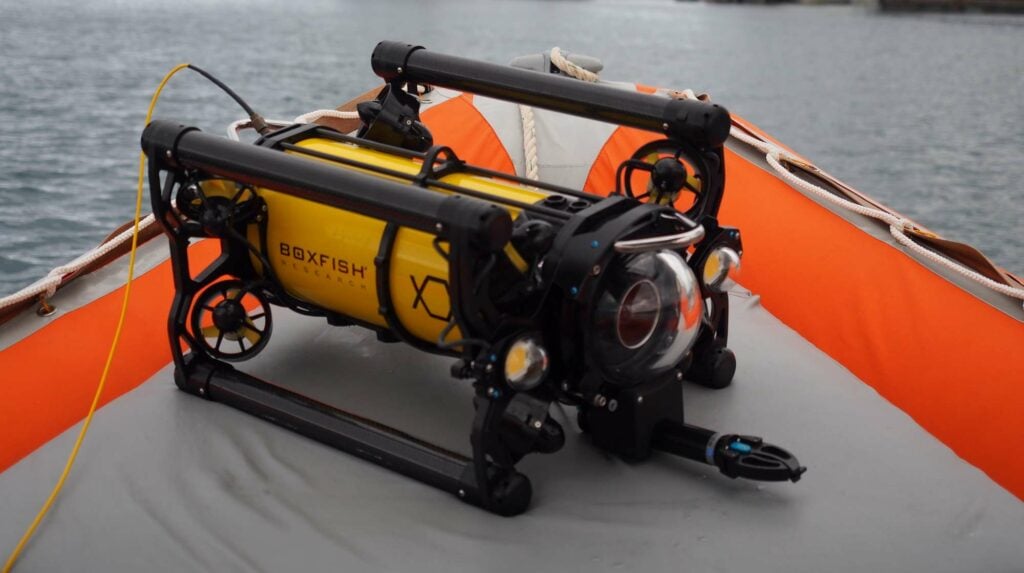 The versatile vehicle is easy to operate and can be deployed rapidly with minimal setup. The integrated 4K camera with 6x zoom allows users to live-stream or capture detailed footage, making it ideal for non-intrusive inspection and monitoring of underwater assets. Profiling sonars can also be used to create detailed 3D models. 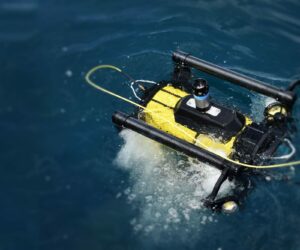 With auto-stabilization and precision control, Alpha is also ideal for a range of maintenance tasks, and can be equipped with optional tools such as manipulators, line cutters, grabbers, and jaws. Additional accessories include USBL systems, Doppler velocity logs (DVL), and laser scalers.

We offer a wide range of ROV equipment and accessories that allow you to extend the functionality of your underwater drone even further. These include:

Altimeters –
maintain a consistent height over the bottom during operations

Manipulator & grabbers – allow the operator to conduct a range of operations

View all equipment and accessories > 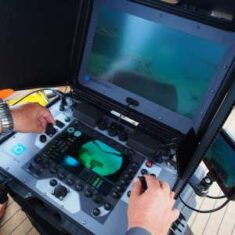 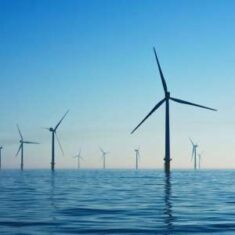 Underwater robotics provide an alternative to human divers for emergency or routine inspection work and maintenance on offshore structures such as monopile steel and concrete structures, fixed steel platforms, and floating wind platforms. 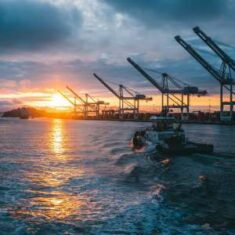 With the ability to undertake inspection missions quickly and safely under a wide range of water conditions, Boxfish is ideal for a range of military, law enforcement and first responder applications, such as contraband detection, unexploded ordnance (UXO) and search and rescue (SAR). 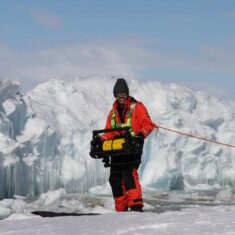 Easily launched from land or small vessels, the Boxfish ROV provides a cost-efficient option to research institutions and educators, and can be equipped with a wide range of sensors and sampling systems. 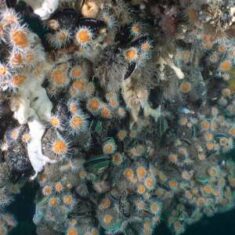 Boxfish is ideal for inspecting the health of livestock and the condition of moorings and other underwater structures on fish farms, ensuring enhanced productivity and lower operational costs. 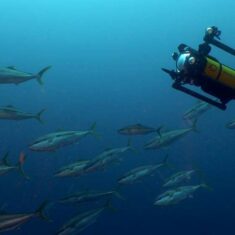 The Boxfish Luna provides underwater filmmakers with a stable filming platform and real-time streaming of production-quality video, eliminating many of the restrictions and pain points associated with the use of human divers.