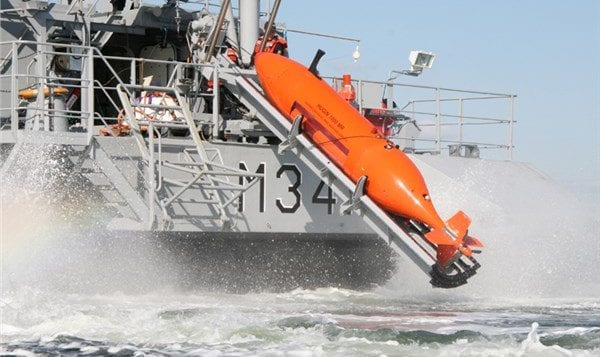 Kongsberg Maritime has announced that it has signed a contract with the Norwegian Defence Materiel Agency (NDMA) for delivery of four complete HUGIN AUV (Autonomous Underwater Vehicle) systems for detection, classification and identification of mines.

The HUGIN AUVs will have a depth rating of 3000 meters, and will be equipped with advanced sensors for modern mine hunting. The deliveries include systems for planning, execution and analysis of missions, and launch and recovery systems both for the Navy’s mine hunting vessels, as well as in mobile containers.

“Our job is to continuously develop and modernise the Norwegian Armed Forces, and the acquisition of HUGIN is an important part of the Royal Norwegian Navy`s transition to autonomous systems for mine countermeasures, said Bård Øina, project manager at the Norwegian Defence Materiel Agency.

“We are proud that the Norwegian Defence Material Agency has chosen Kongsberg Maritime as a supplier of new AUV systems. The HUGIN systems that will be delivered to the Norwegian armed forces will contribute to more efficient and safe operations. The two mobile container systems being delivered are portable and flexible, and can therefore be used by several different vessel types. We are also to deliver training and maintenance,” commented Egil Haugsdal, President at Kongsberg Maritime.

“The Royal Norwegian Navy, the Norwegian Defence Research Establishment and KONGSBERG have worked on development and verification of AUV systems for mine hunting over many years. We look forward to continued collaboration,” added Haugsdal.