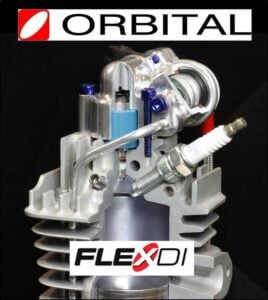 Orbital has announced that it has successfully completed the design phase of its design, development and validation program for the next generation Unmanned Aerial Surveillance (UAS) propulsion system for Insitu Inc. Insitu Inc, a subsidiary of The Boeing Company, is one of the largest and most experienced operators of UAS in the world.

As a result of the passing of this significant gateway, Orbital has commenced the production of prototype hardware to support ground based development testing and ultimately flight testing of the new UAS propulsion system. The complete program includes several iterations to release a fully productionized and validated propulsion system. The development and validation plan is a result of collaboration between Insitu and Orbital to combine propulsion and air vehicle requirements to achieve the highest in service reliability. The gateway was a key step in the initial design, development and validation contract previously announced and valued at up to $4.5 million.

The next generation engine will have the ability to run on multiple fuels (gasoline, JP5, JP8) to enable one engine to support Insitu’s commercial and defense customers.

The next generation propulsion system will be one of the most advanced engines flying on a small unmanned aircraft system (SUAS) application. The engine will utilize Orbital’s Argon FlexECU, our smallest, lightest and highest specification Engine Control Unit (ECU). The advanced ECU will provide the ground station with engine health monitoring as well as accurate fuel consumption information to maximize fuel utilization.

Mr Terry Stinson, CEO and Managing Director of Orbital comments: “We are excited to work with Insitu in an integrated team taking a collaborative systems approach to engineer the most reliable UAS solution. Building upon past experience, Orbital’s engineers have incorporated numerous advancements into this next generation propulsion system that will deliver a superior power to weight ratio, superior performance, superior engine health monitoring and the ability to operate at higher altitudes and in more turbulent conditions than any other SUAS”. We are extremely pleased to be working with Insitu and with success hope for a long and mutually beneficial business relationship. We look forward to the next stage of the program and ultimately to Insitu’s success when it launches this next generation SUAS in the not too distant future.”

Mr Steve Morrow, President and Chief Executive Officer of Insitu Inc comments: “Insitu undertook an extensive investigation of available technologies through which Orbital’s FlexDi system and advanced engine development technologies stood out as the clear leader. We are extremely pleased with the manner in which the program is progressing and look forward to continued development success and to flight testing later in the year.”