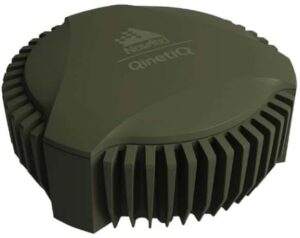 NovAtel has announced that Public Works and Government Services Canada (PWGSC) has selected its GAJT-700ML antenna for testing on Canadian Army armored vehicles. The GAJT-700ML, developed in Calgary at NovAtel’s global headquarters, is the world’s first single-unit GPS anti-jam antenna system for land vehicles. The testing is being conducted through PWGSC’s Build in Canada Innovation Program (BCIP).

NovAtel was selected to participate under the BCIP’s “safety and security” priority area. PWGSC will procure a number of GAJT-700MLs on behalf of the Department of National Defense (DND). The Directorate of Land Requirements (DLR) with the assistance of the Quality Engineering Test Establishment (QETE) and the Land Force Trials and Evaluation Unit (LFTEU) will oversee all testing on DND’s behalf. Field testing, centered on battlefield days, is expected to take place in early March of 2014 at 4th Canadian Division Support Garrison Petawawa. The battlefield days will analyze the performance of GAJT on the Artillery Observation Post Variants (OPV) of the Light Armored Vehicle III (LAV III) in operational conditions to confirm the suitability and robustness of GAJT-700ML for this role. The process is expected to be completed by the end of March 2014.

Jason Hamilton, Vice President, Marketing and Product Management stated, “NovAtel has worked closely with Canadian and Allied defence agencies to test the resilience of the GAJT-700ML in challenging jamming environments. The BCIP program provides an opportunity to expand this testing to incorporate end user soldier feedback on the installation and operational effectiveness of GAJT during battlefield usage of the LAV OPV. This invaluable feedback will be used by NovAtel to further drive product innovation in support of Canada and its Allied partners.”

Colonel Andrew Jayne, Director Land Requirements said, “The Canadian Army requires accurate, secure and reliable access to Global Positioning Systems to conduct operations throughout the full spectrum of conflict in all potential theatres of operation. With the ever-increasing demands on the electromagnetic spectrum and threat of harmful interference, technologies which contribute to the assurance of position and timing information are a critical enabler of Army and Canadian Armed Forces operations in today and tomorrow’s operating environment.”

GAJT is a null-forming technology that negates jammers, ensuring the satellite signals necessary to compute position and time are always available. Three categories of GAJT are currently manufactured by NovAtel:

The BCIP was created by the Government of Canada to strengthen Canadian innovation. The program offers procurement and testing of pre-commercialized products and services, at a late stage of development. The BCIP: