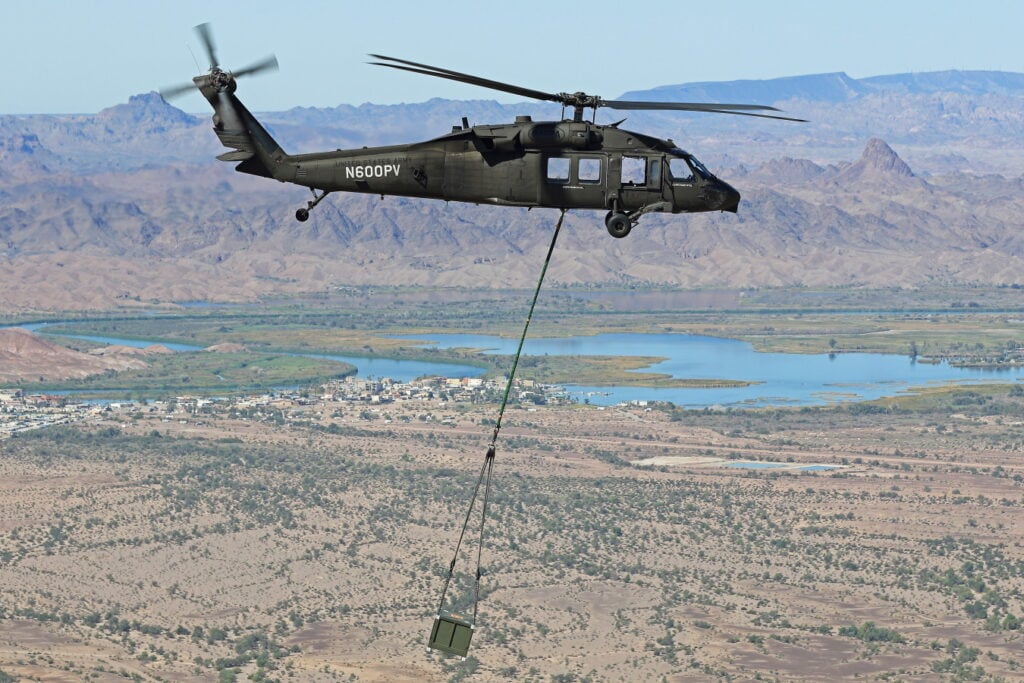 Sikorsky and the Defense Advanced Research Projects Agency (DARPA) have successfully demonstrated safe and reliable cargo resupply and rescue operations to the U.S. Army with an uncrewed autonomous Black Hawk helicopter. The demonstration flights showed how existing and future piloted utility helicopters could one day fly complex missions in reduced crew or autonomous mode. This would give Army commanders and aviators greater flexibility in how and when aircraft and pilots are used, especially in limited visibility or contested environments.

During PC22 Technology Gateway, the Sikorsky and DARPA team showed how the optionally piloted Black Hawk helicopter with no humans on board can deliver a large quantity of blood product unharmed by flying low and fast above ground level using the terrain to mask its signature; resupply troops with an external load; and re-route mid-flight to evacuate a casualty.

To begin the flight demonstrations, pilots flew and landed the Black Hawk aircraft, then activated the MATRIX system to give full control to the flight computer. When the pilots exited, the helicopter autonomously completed the following mission demonstrations:

Long-endurance Medical Resupply: The Black Hawk aircraft flew 83 miles while loaded with 400 units of real and simulated blood – totaling 500 pounds. On reaching 40 miles from its initial take-off point, the helicopter descended into a valley as low as 200 feet above ground level at 100 knots.
Cargo Delivery and Casualty Evacuation (combined mission): The helicopter lifted off with a 2,600-pound external load attached to a 40-foot sling, and flew at 100 knots for 30 minutes toward a designated landing zone. While in flight, the helicopter was redirected, simulating a scenario in which a threat needed to be neutralized near the primary landing site. Sikorsky demonstrated how a ground operator with a secure radio and tablet can take control of the uncrewed helicopter, command it to release its sling load, and then land to evacuate a casualty from a nearby location. Once the manikin on a litter was secured inside the cabin, the ground operator launched the aircraft. During the return flight, a BATDOK health monitoring device integrated with the helicopter’s communications system relayed the patient’s vitals in real-time to a ground-based medical team.

The PC22 demonstrations were the second set of uninhabited Black Hawk flights this year. Sikorsky and DARPA will continue to work toward the transition of this technology for military operations, such as aircrew support and operations, logistics and medical resupply, casualty evacuation, and commercial applications such as firefighting, cargo and urban air mobility.