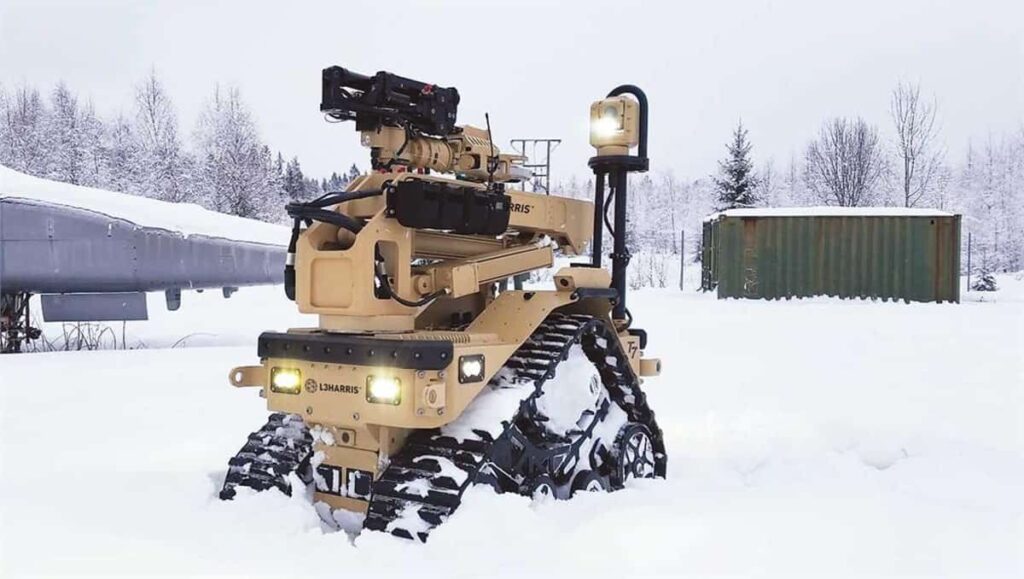 L3Harris Technologies has been selected by the U.S. Air Force to provide UGVs (unmanned ground vehicles) that will help protect bases around the world. The 10-year IDIQ contract covers the provision of up to 170 T7 UGVs to replace the existing 20-year-old Explosive Ordnance Disposal (EOD) system that mitigates explosive threats at bases.

The contract, which includes robots, robotics support, maintenance and training, follows L3Harris’ successful delivery of Project STARTER to the UK Ministry of Defence (MOD), which replaced the MOD’s aging fleet of EOD robots with 122 T7 robots.

Ed Zoiss, President of Space and Airborne Systems at L3Harris, commented: “The T7 is setting the new standard for large EOD robots and has received outstanding technical and usability ratings from the Air Force. This award highlights our ongoing technology investment and positions L3Harris as the premier supplier of large EOD robots.”